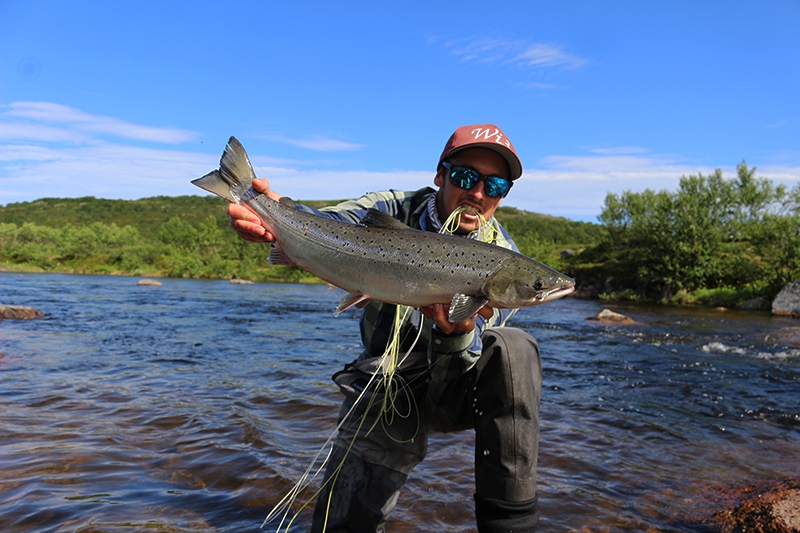 At the calendar equator of the summer 15th of July rivers Belousiha and Voronya met three guests from foggy Albion - England: Victor, Colin and the absolute champion by quantity and the size of the caught Atlantic salmon in last season of John.

Weather stood the first four days warm, sometimes even stuffy, temperature did not fall lower than 20 degrees, few times even and at night. The weekend was cloudy with drizzle, 10 - 12 degrees of heat. Winds blew both from the North, and from the South. Water temperature fluctuated between 14-16 degrees, river level gradually returned to normal for this time of a season. Besides importunate mosquitoes came out midges - without net almost impossible.

From six days anglers spent on Belousiha river only four. Two days were spent devoted to attempts to land record salmon for whom the river Voronya is famous. But only a couple of dozens pink salmon were caught by guests and also the decent salmon which waved by tail goodbay not reached to the landing net. But during one of lunches Maryano the head guide showed the class landed 82 cm of the silver handsome on Twins Run pool on Frances.

Let's return to Belousiha river where Colin landed on the Steps of three grils and several small Atlantic salmons till 65 cm of Stoat Tail, Monkey, Cascade which still in the top of working flyes.

Victor was lucky only in the last day of the fishing. At last after repeatedly caught pink salmon and the disappointed misses of a salmon, on Obkom pool he put in the landing net two salmon of 65 and 79 cm on Cascade fly.

John who discovered for himself several new places on the river nevertheless gave preference to slow runs which he likes. On Crazy Turtle pool he landed three excellent salmon till 79 cm, also in his list there are grilse and several fish till 65 cm. Flies: Stoat Tail, Cascade.

It is also need to notice that in the camp guesting two fly fishermen twins from Argentina Nico and Alex who are learning Voronya river. They devoted two days off to catching on Belousiha river where they landed 15 Atlantic salmon two fish were more than 80 cm. Fishing went successfully on the First Glinka, Birch Pool and the Big Stone with flies of Monkey, Cascade. 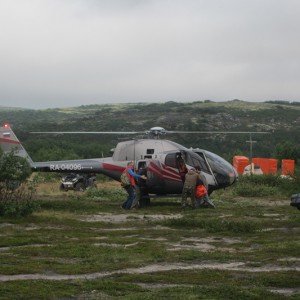 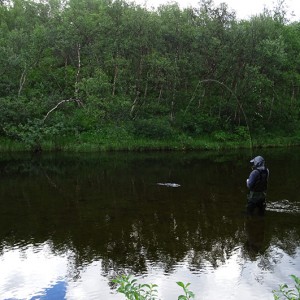 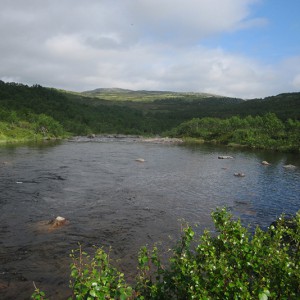 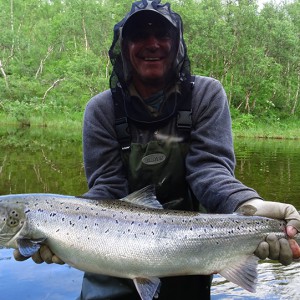 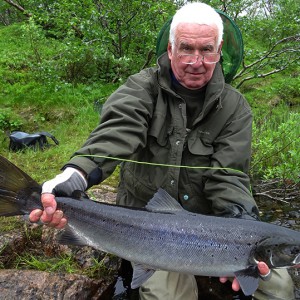 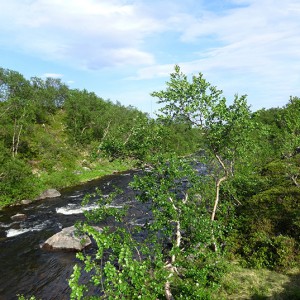 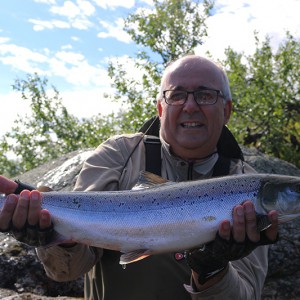 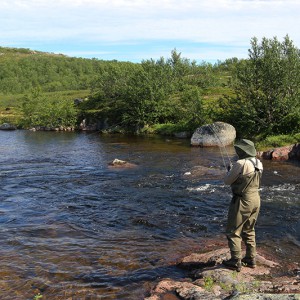 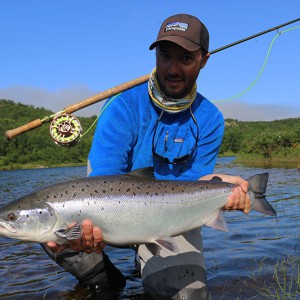 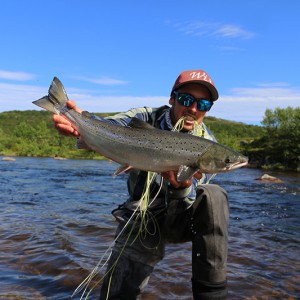