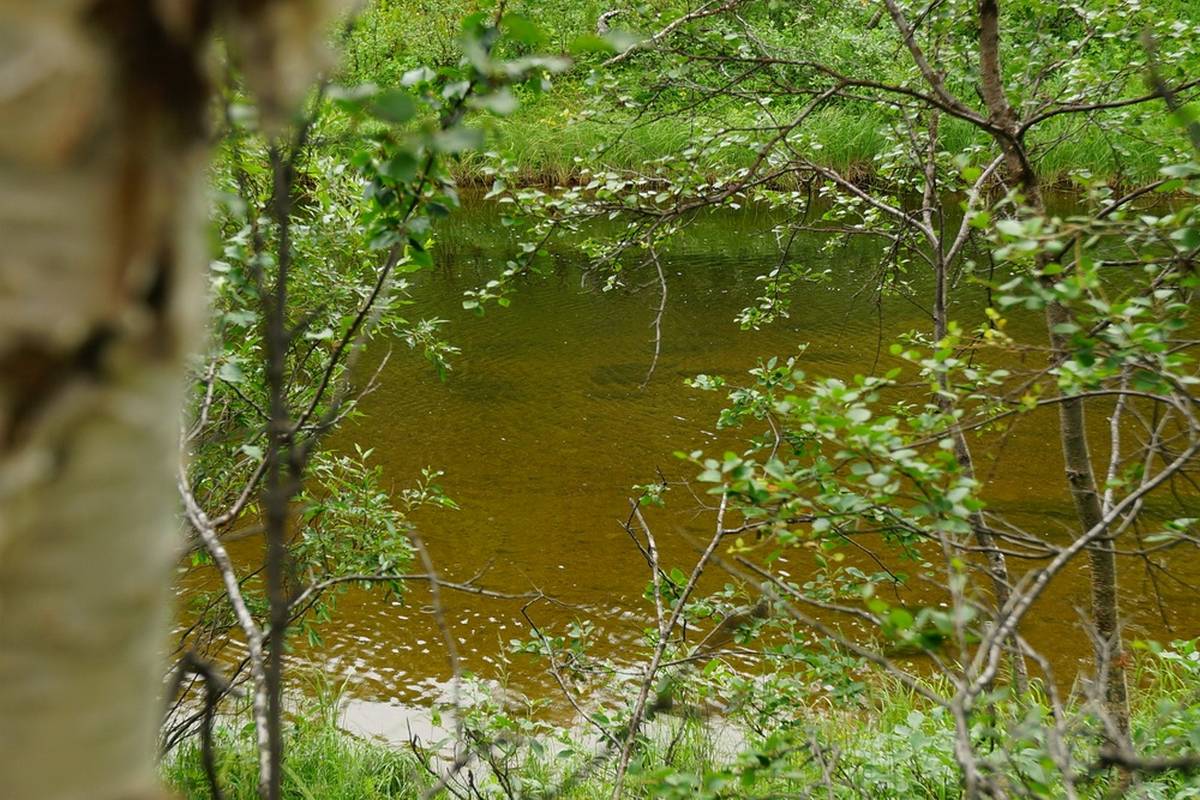 The Belousiha River has a number of characteristics that differentiate it from other rivers in the Kola Peninsula. The first is that it is a tributary of a much larger river and therefore fishes well in very high water. Belousiha has been known to provide sport when the main rivers are suffering a raging flood.

Secondly, the Belousiha never colours, even when the water is high. In this sense it is similar to many Icelandic rivers where it is possible sometimes to see salmon reacting to your flies.

Thirdly, compared to the more famous rivers of the Kola, Belousiha is an intimate stream. In many places it is just 10 to 15 metres wide and only on a handful of stretches more than 40. However, most seasons very large 100cm plus salmon are caught in this little river and much bigger ones are sometimes seen. This is because Belousiha is a tributary of the mighty Voronya which historically was run by some of the largest salmon in the entire Kola region. These big fish still exist and some of them like to swim up the Belousiha. In general, big fish from small rivers are rather rare. Not so on Belousiha.

Yet another special feature of this special river concerns how it is fished. Belousiha is not a classic cast and step river with open banks and masses of space. To fish Belousiha requires some walking – typically 2 or 3 km a day and sometimes 5 or 6 km if you would like to see the “Canyon”. There are a surprising variety of pools with many wonderful holes, streams, rapids and silent reaches. On a typical day, you will fish one section with great care and attention to detail and then leave the water, walk a few hundred metres and repeat the process on another stretch – but this time you might be tempted to try an entirely different approach: maybe a hitch or dry fly. 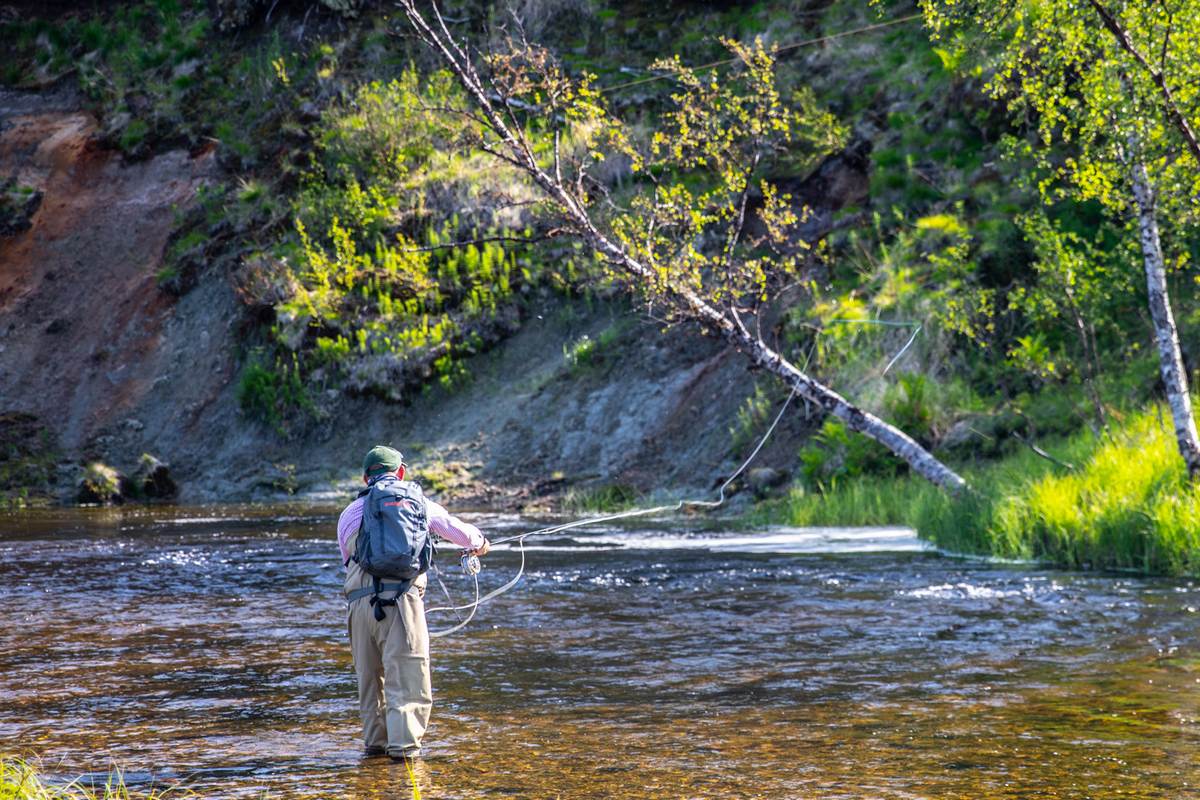 Belousiha flows through a number of lakes high up in the system before concentrating into a 12 km stream that eventually spills out in to the Voronya. As well as Atlantic salmon, there are sea trout, brown trout, grayling which all reach specimen sizes. There are pink salmon as well which can sometimes provide sport when the Atlantic are keeping quiet.

Belousiha is a river of contrast. Guests like to alternate days between Belousiha and the mighty Voronya. In some ways Belousiha is a good river for novices, since long casts are seldom required and the salmon are often show themselves to provide encouragement. But it also an enjoyable challenge to the seasoned expert, especially later in the season when a delicate approach is required to provoke a take.

Taken together, these special features combine to make Belousiha a unique Kola destination. The river has now become quite well known and a first choice for many salmon anglers who love to catch salmon on single handed rods.

The map of the Belousiha river 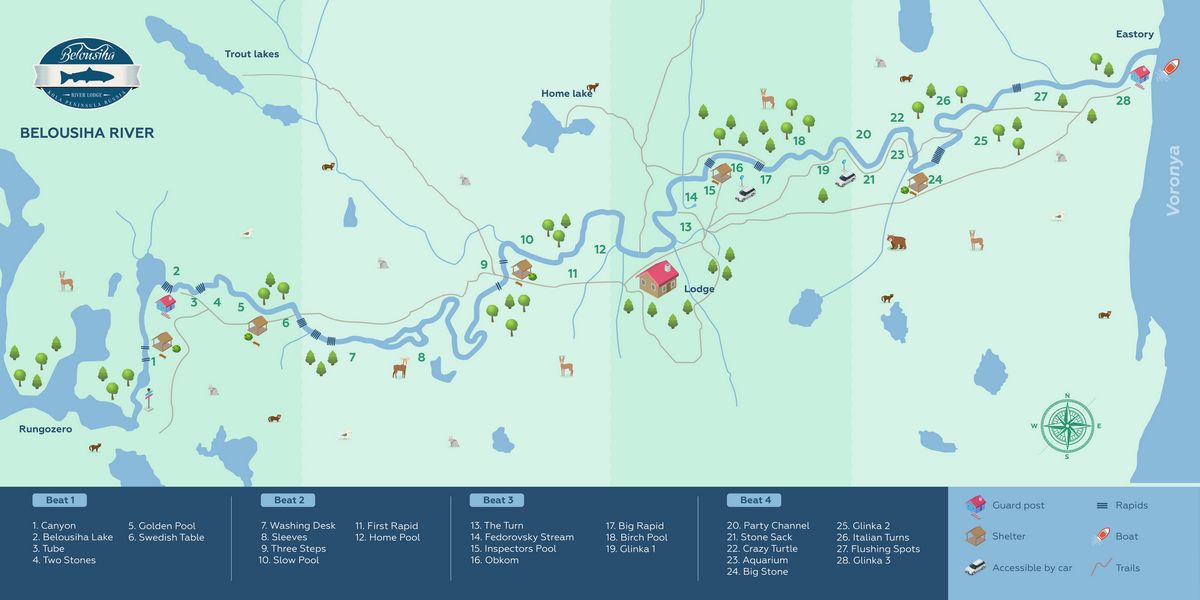 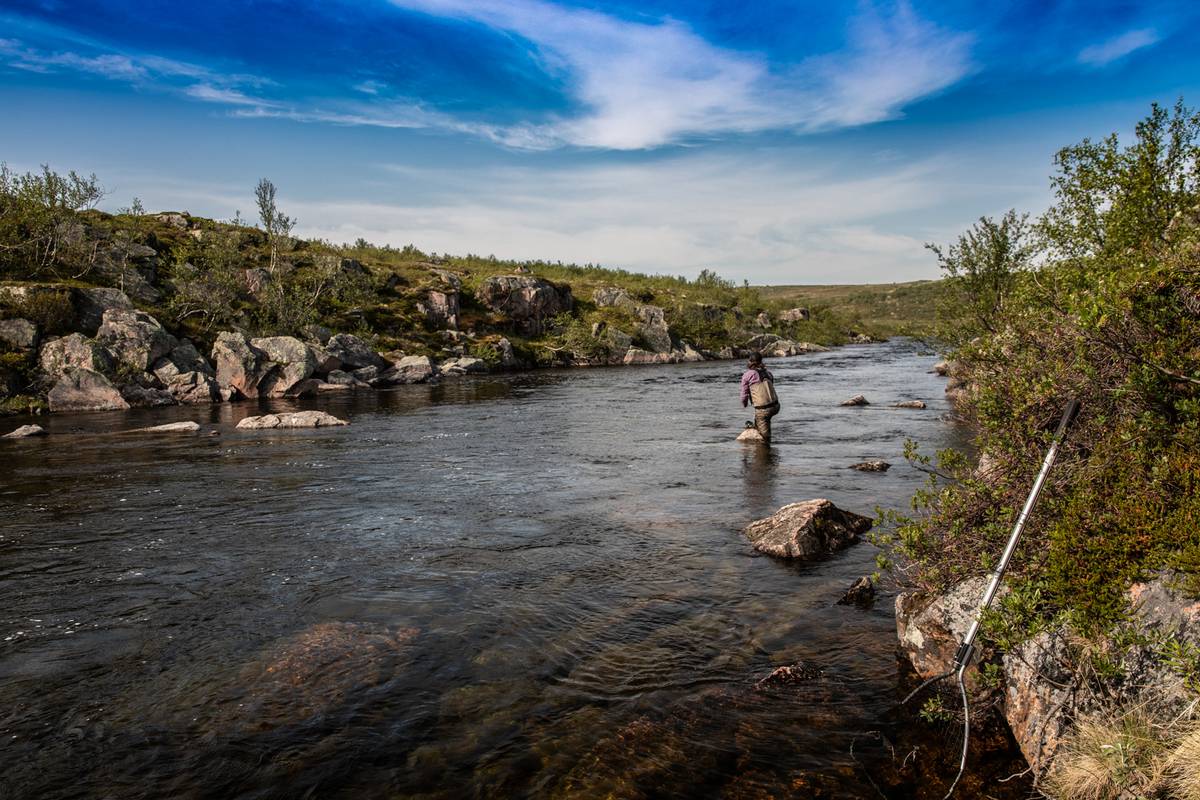 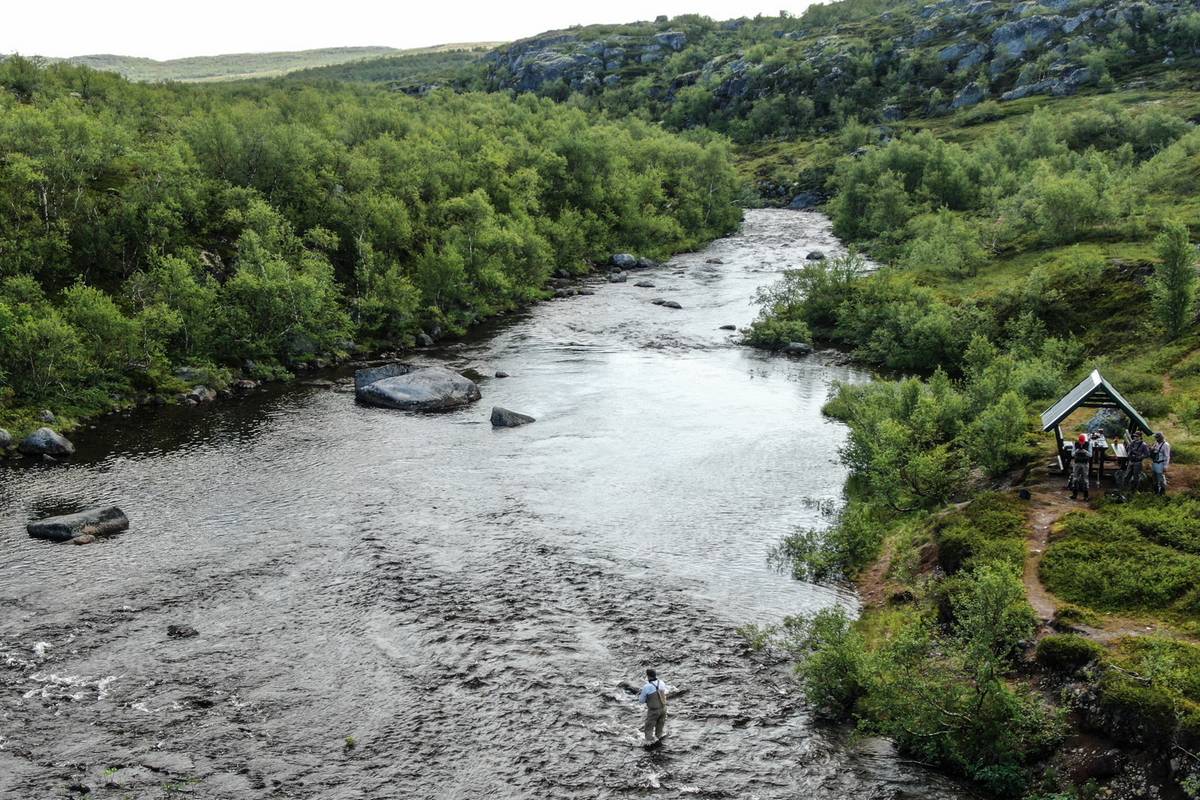 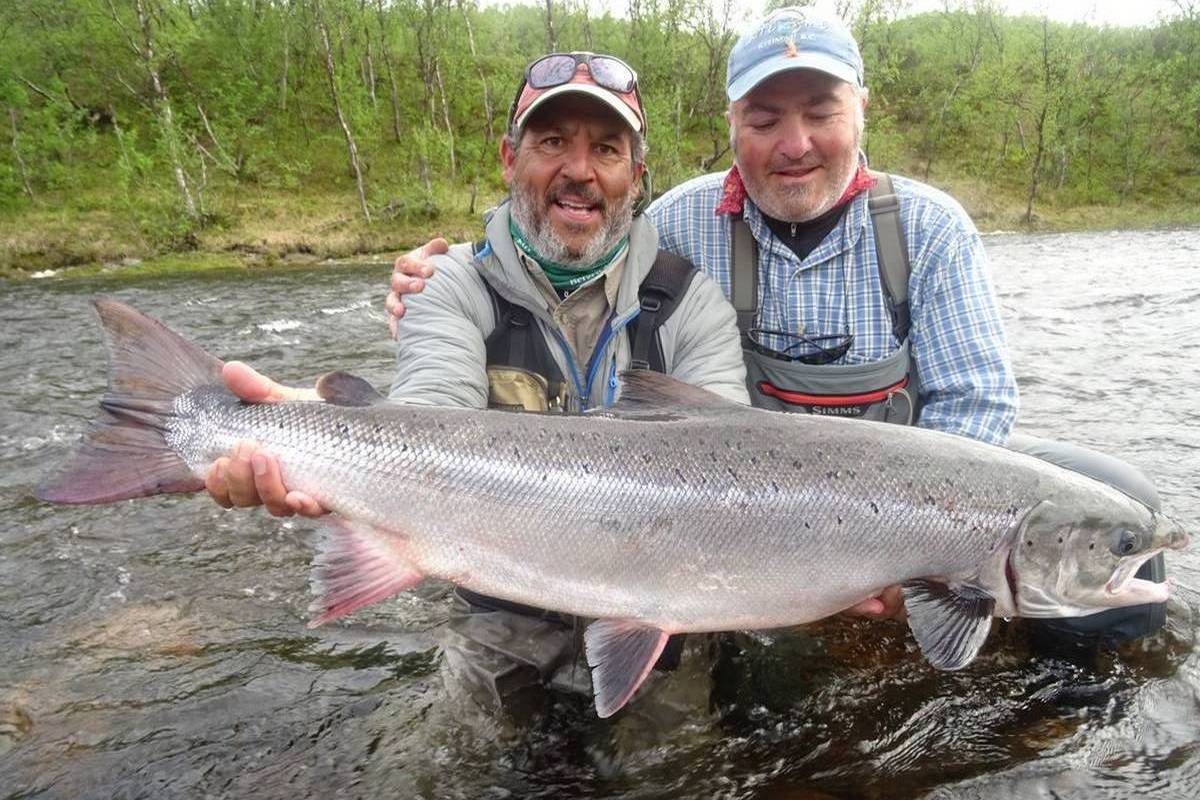 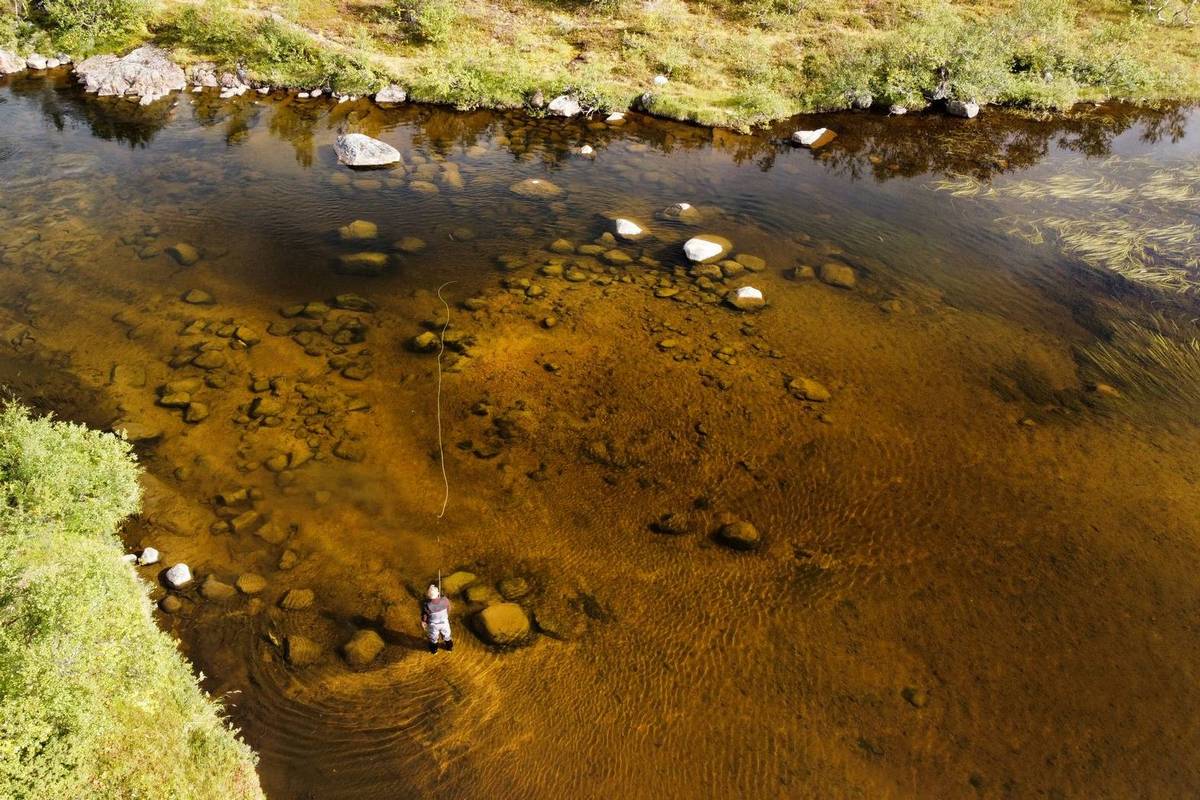 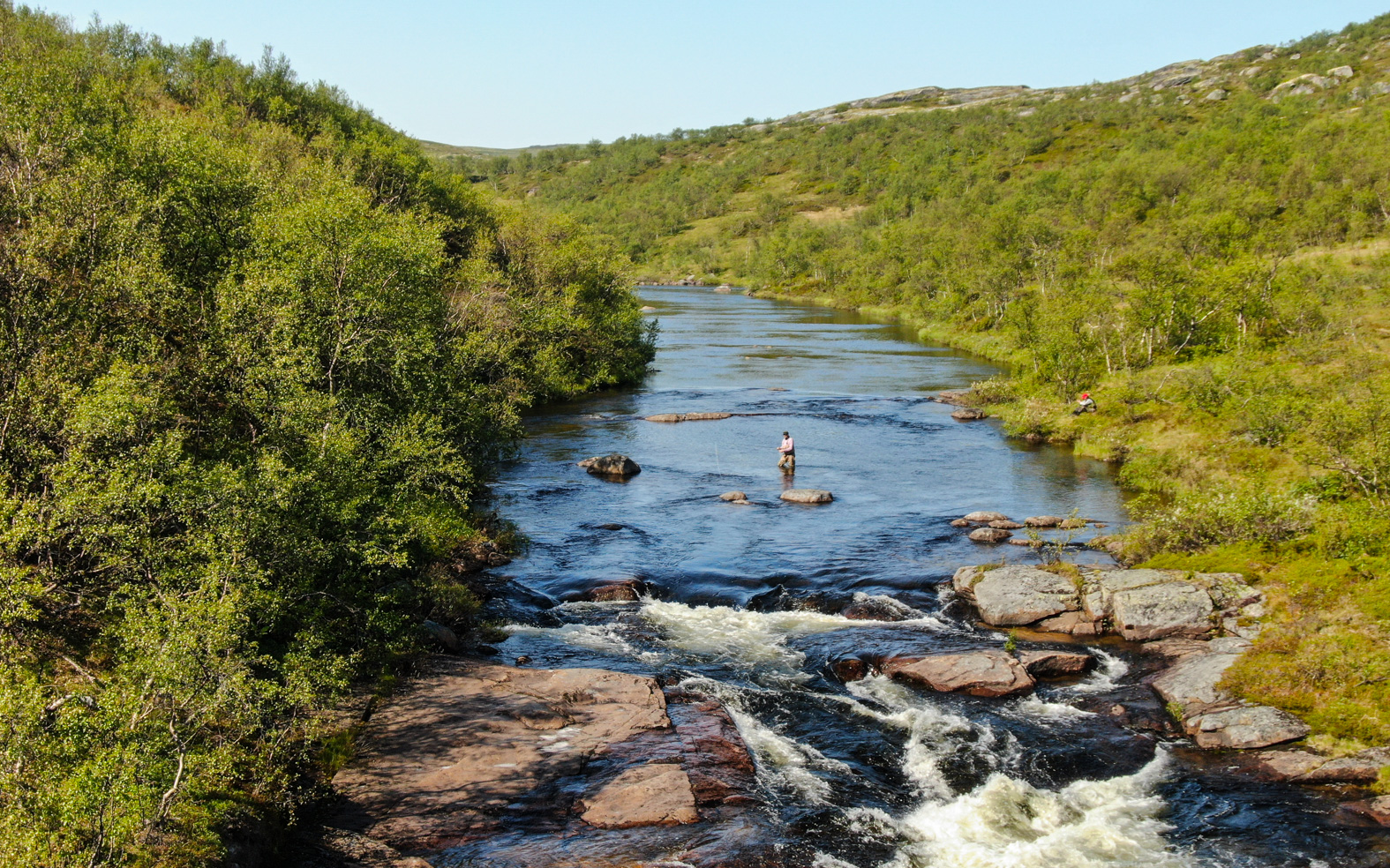 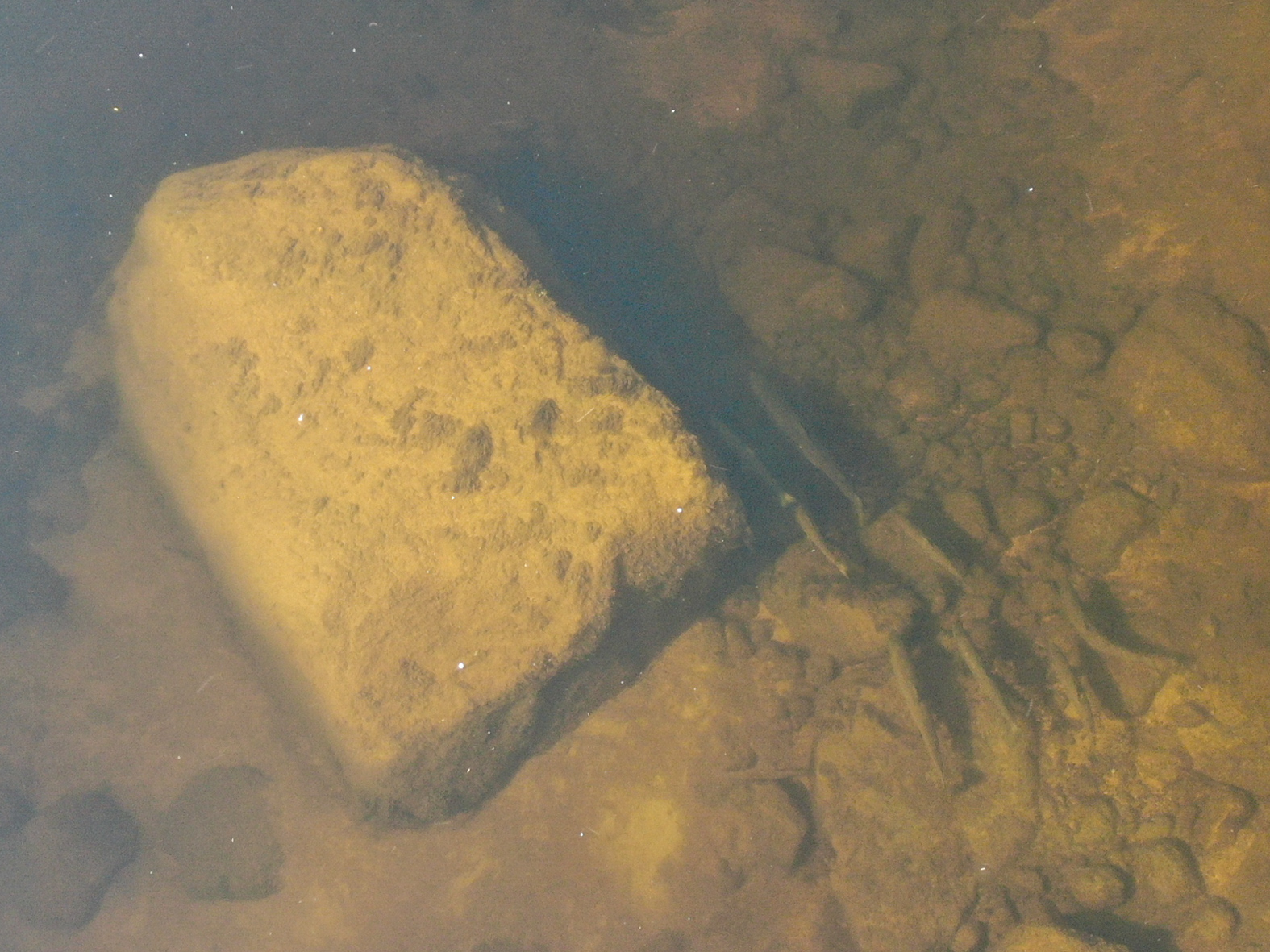 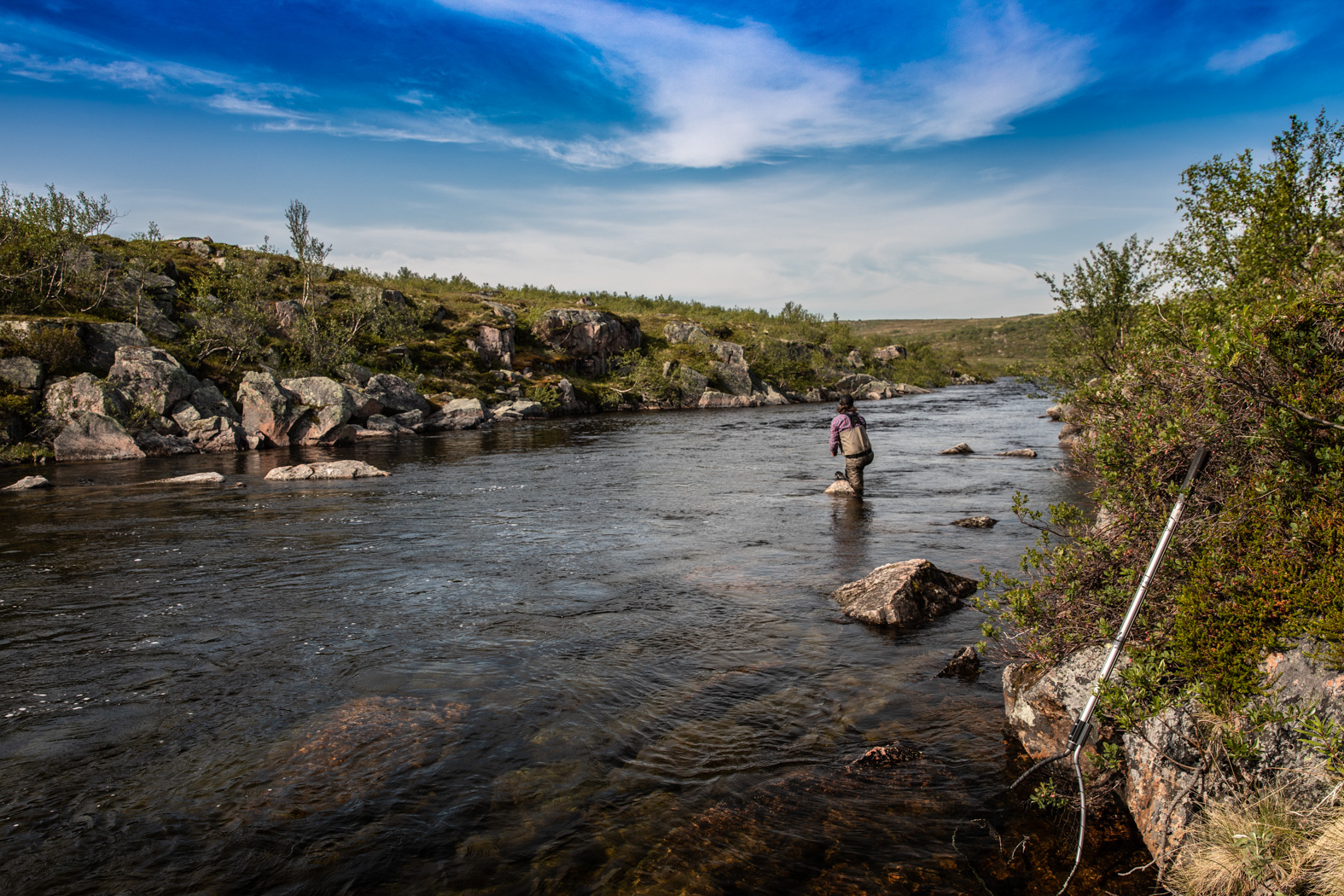 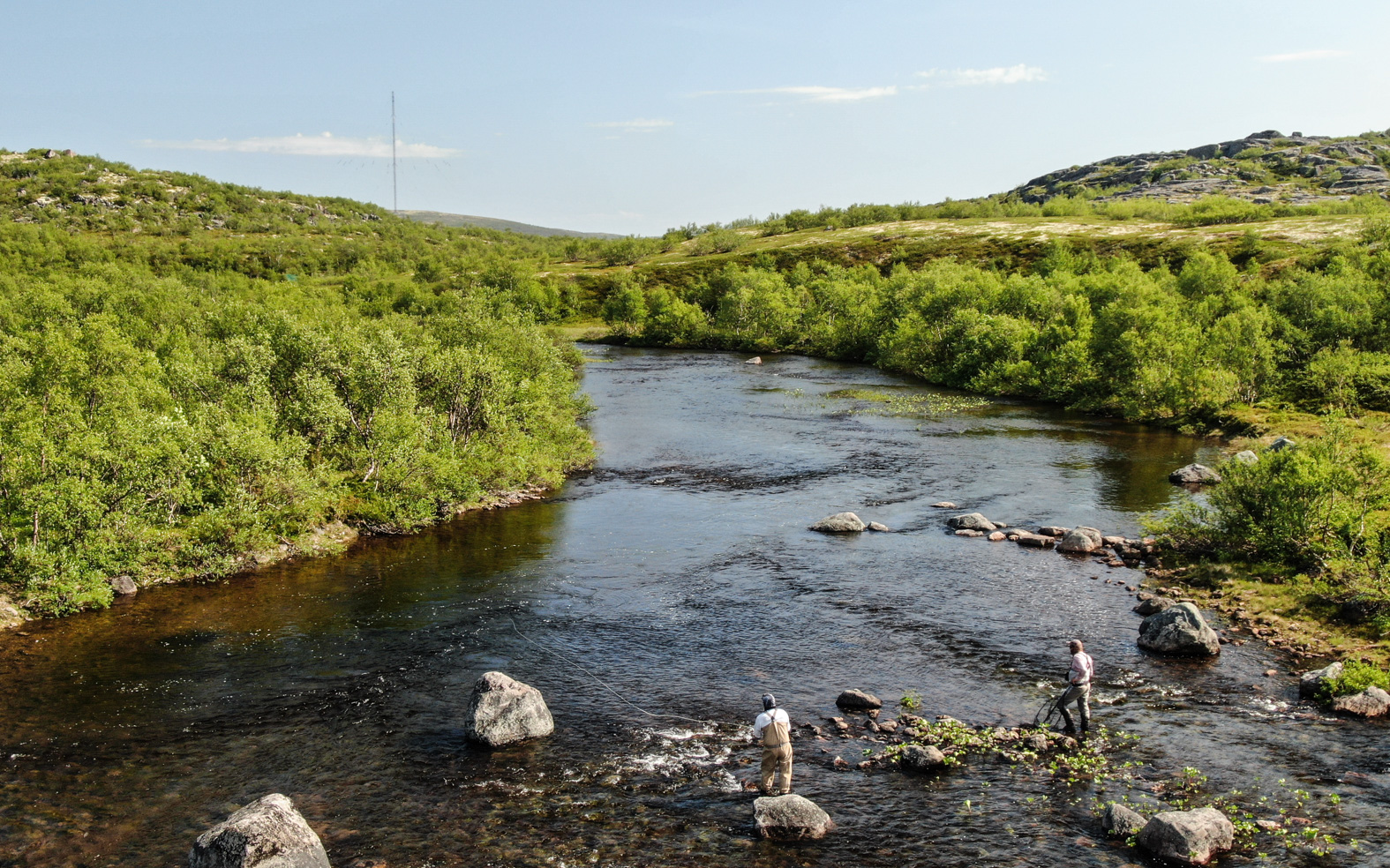 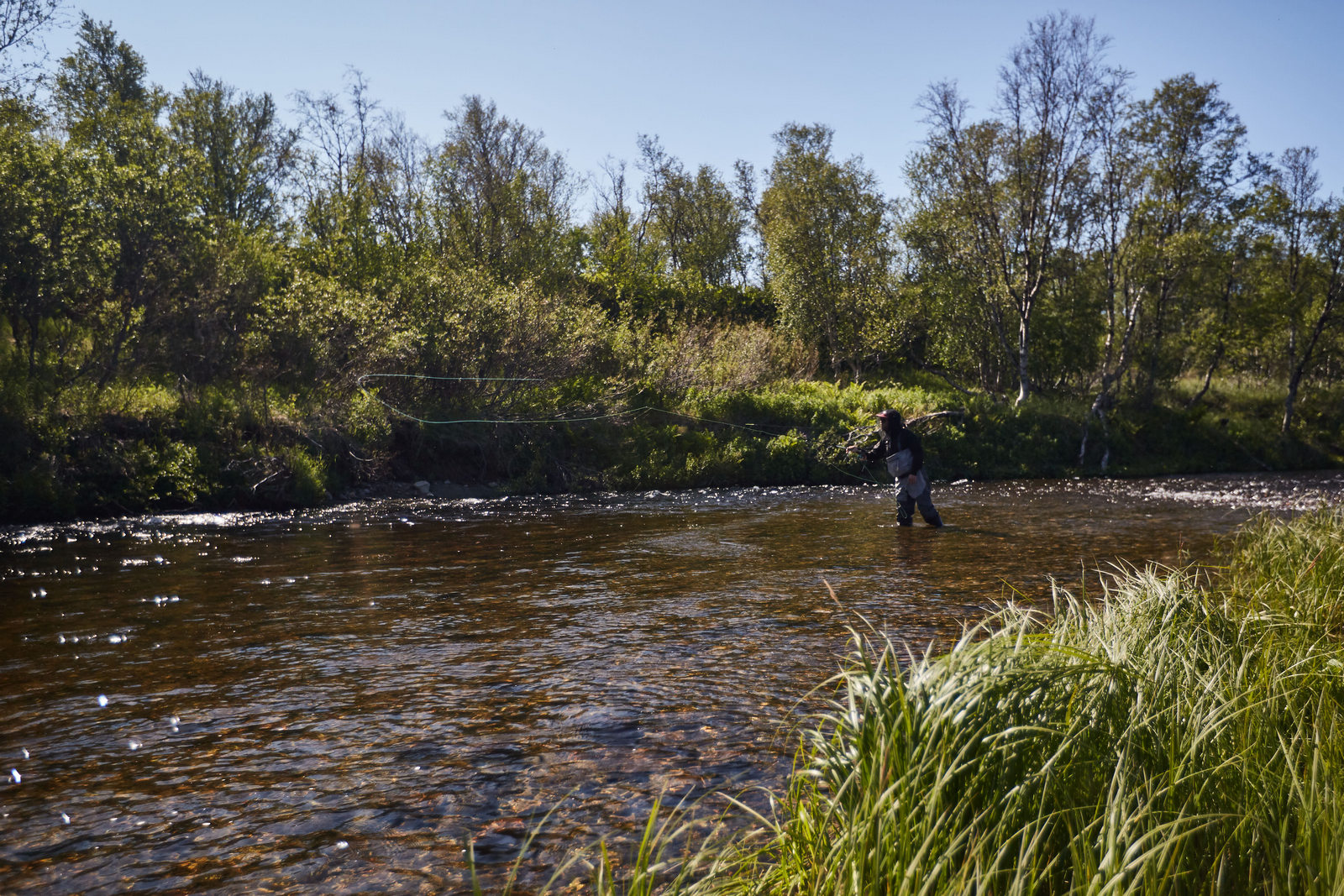 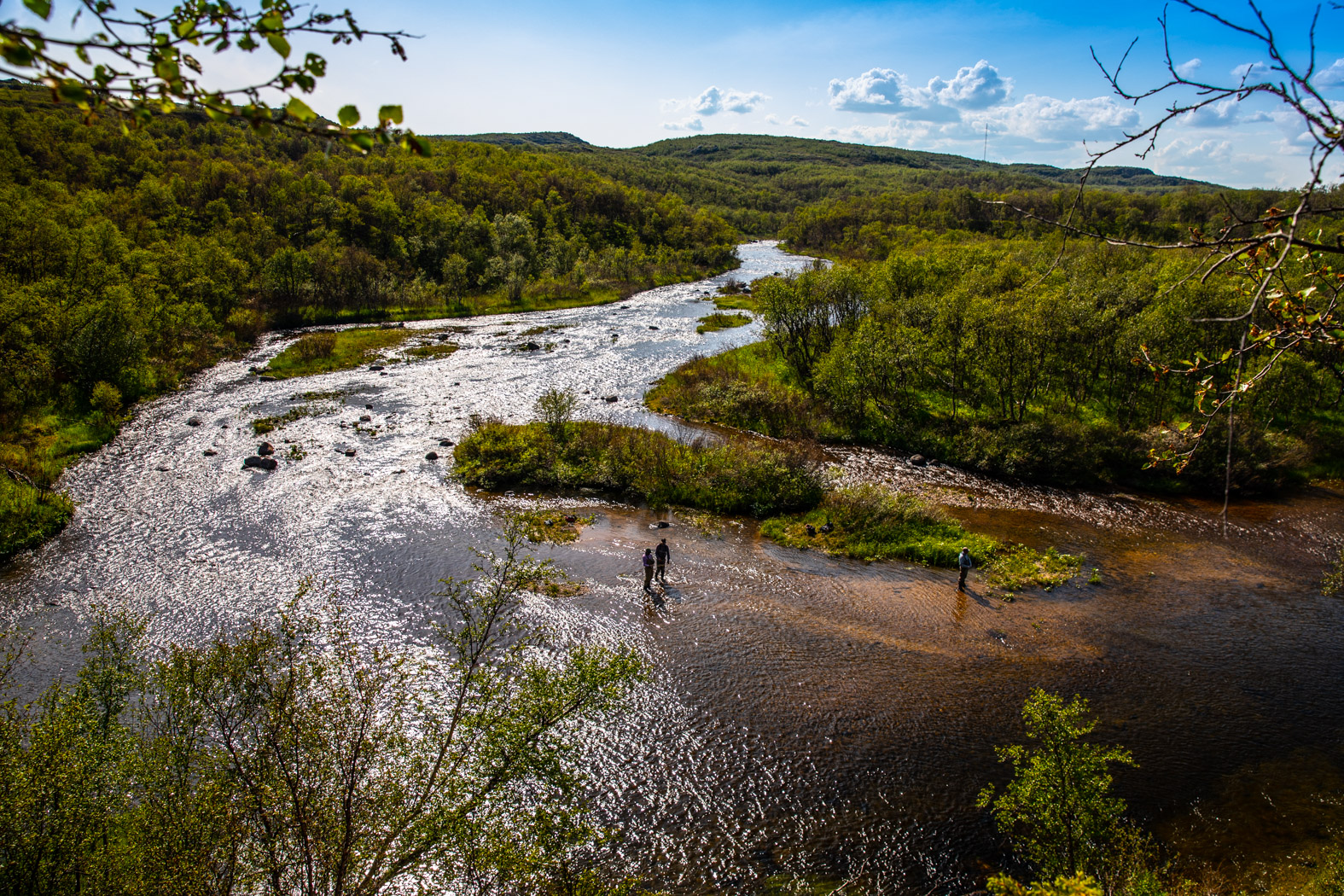 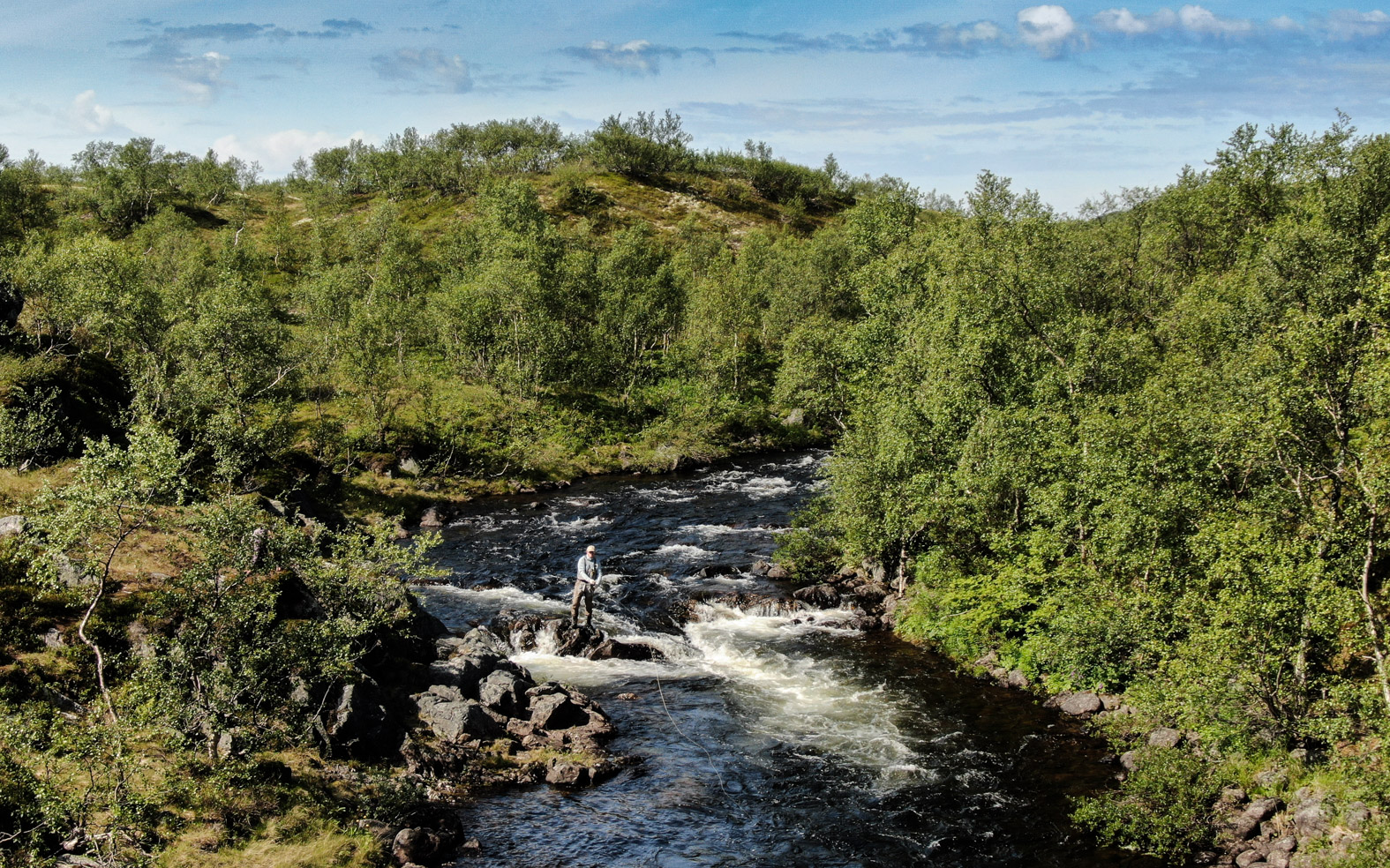 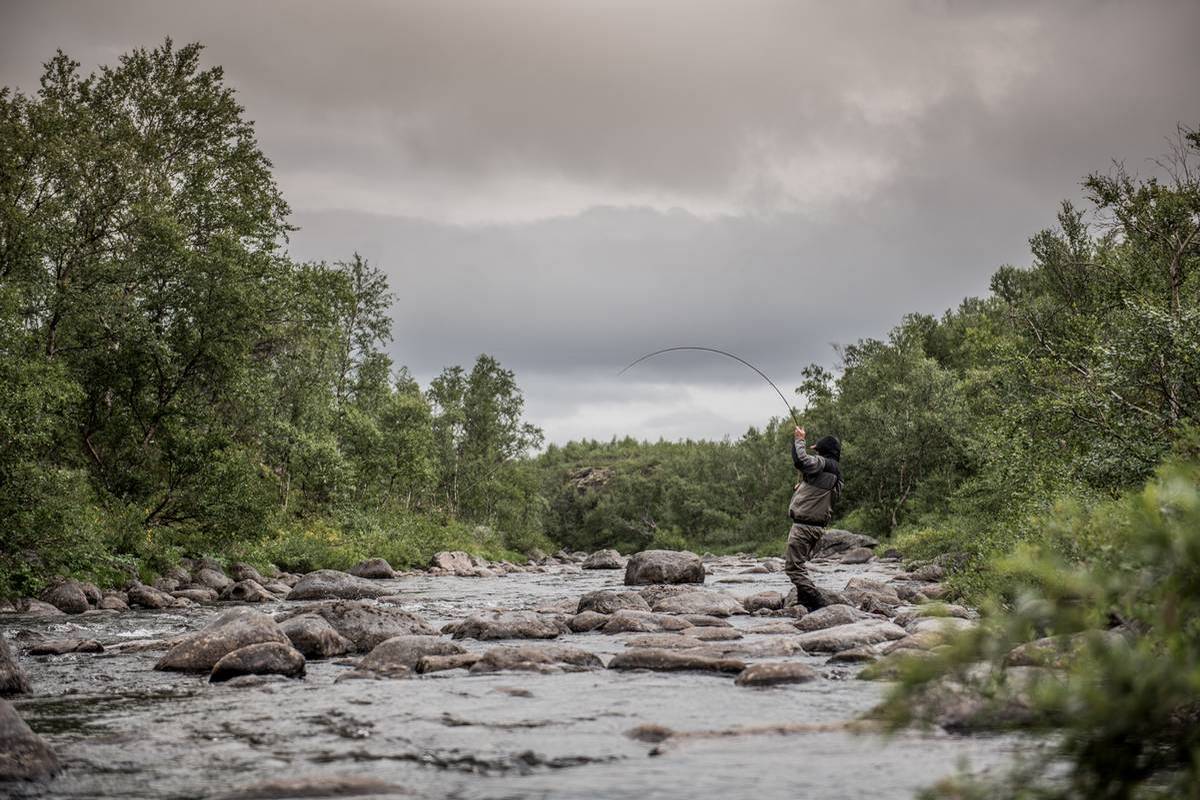 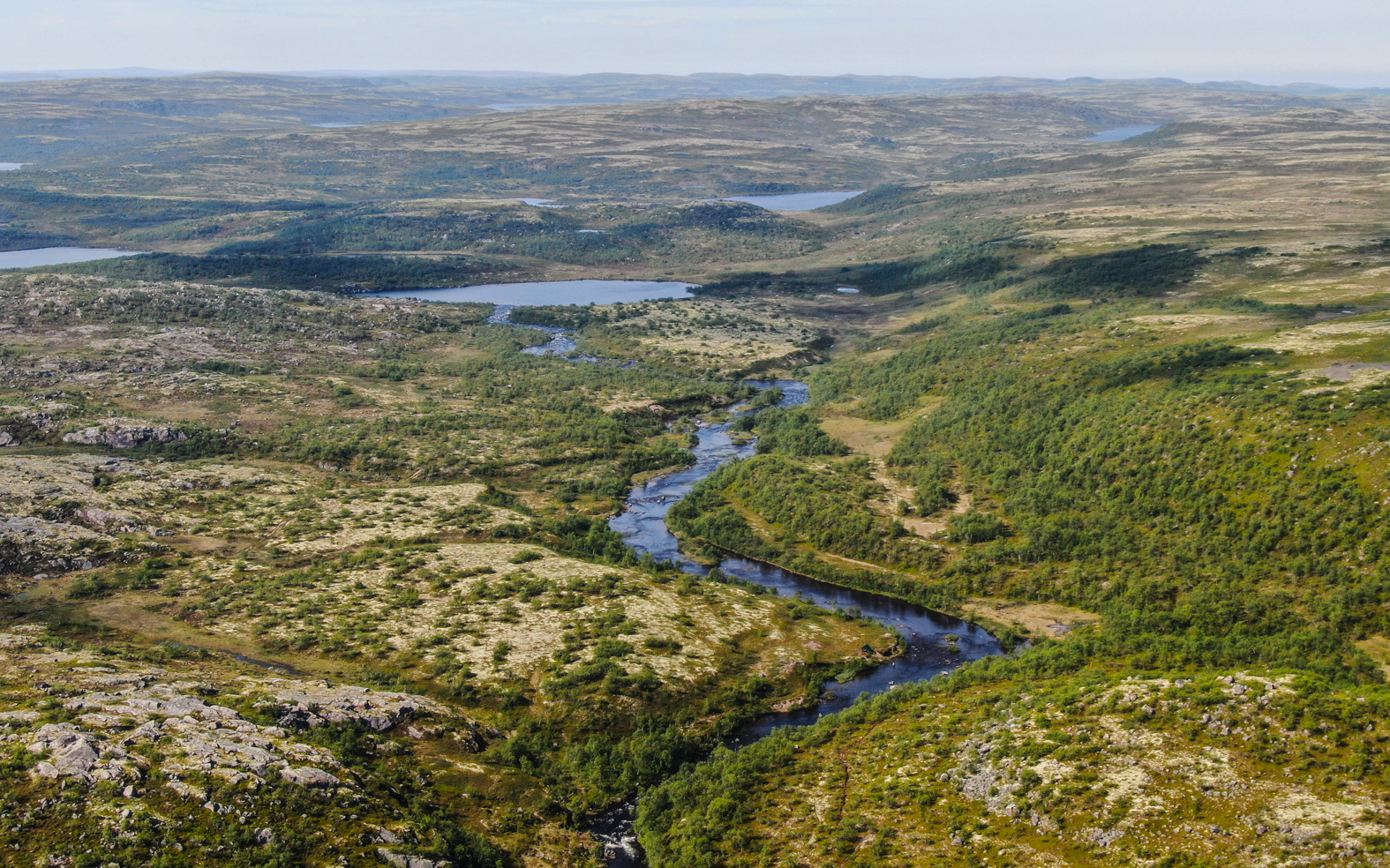 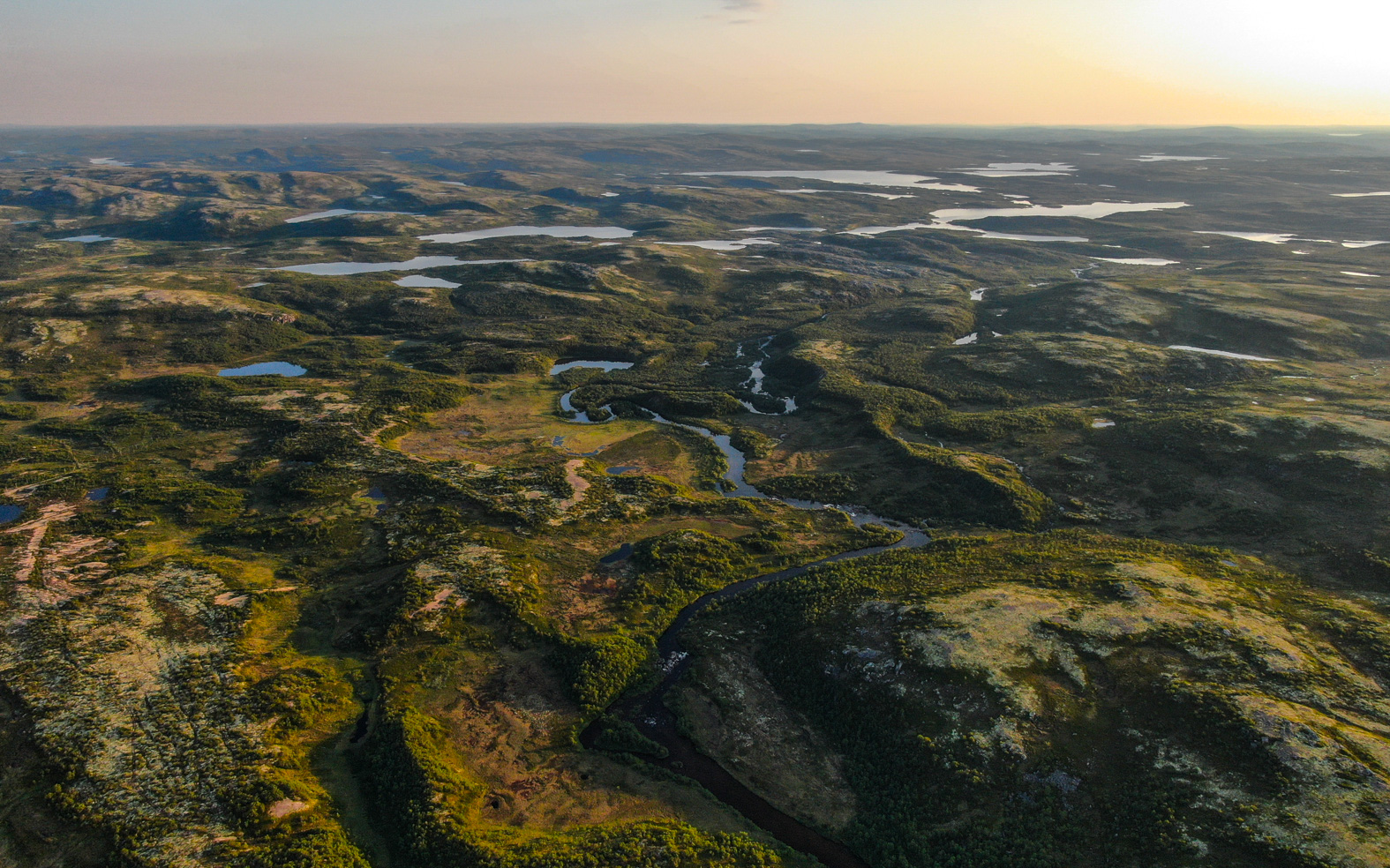 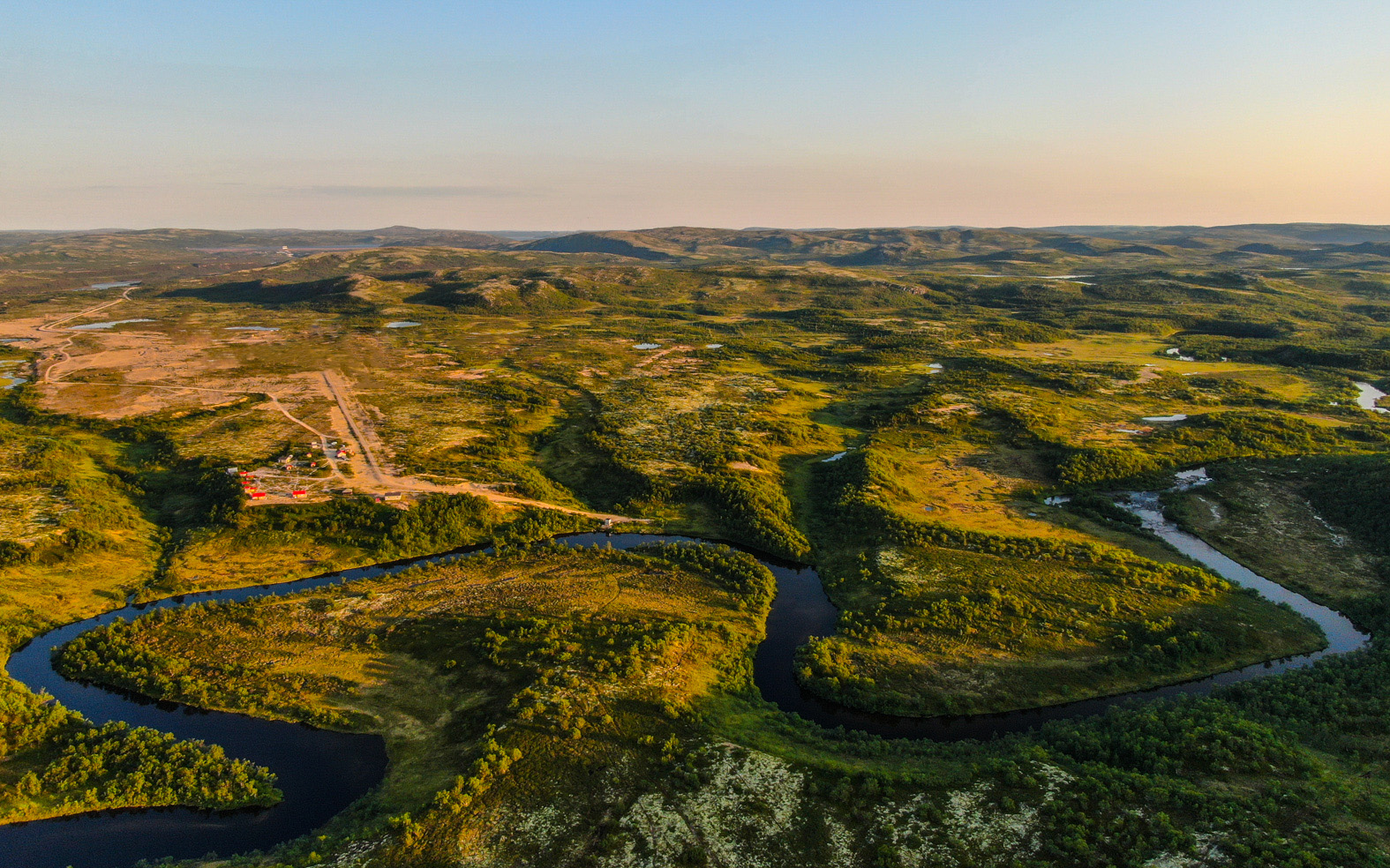 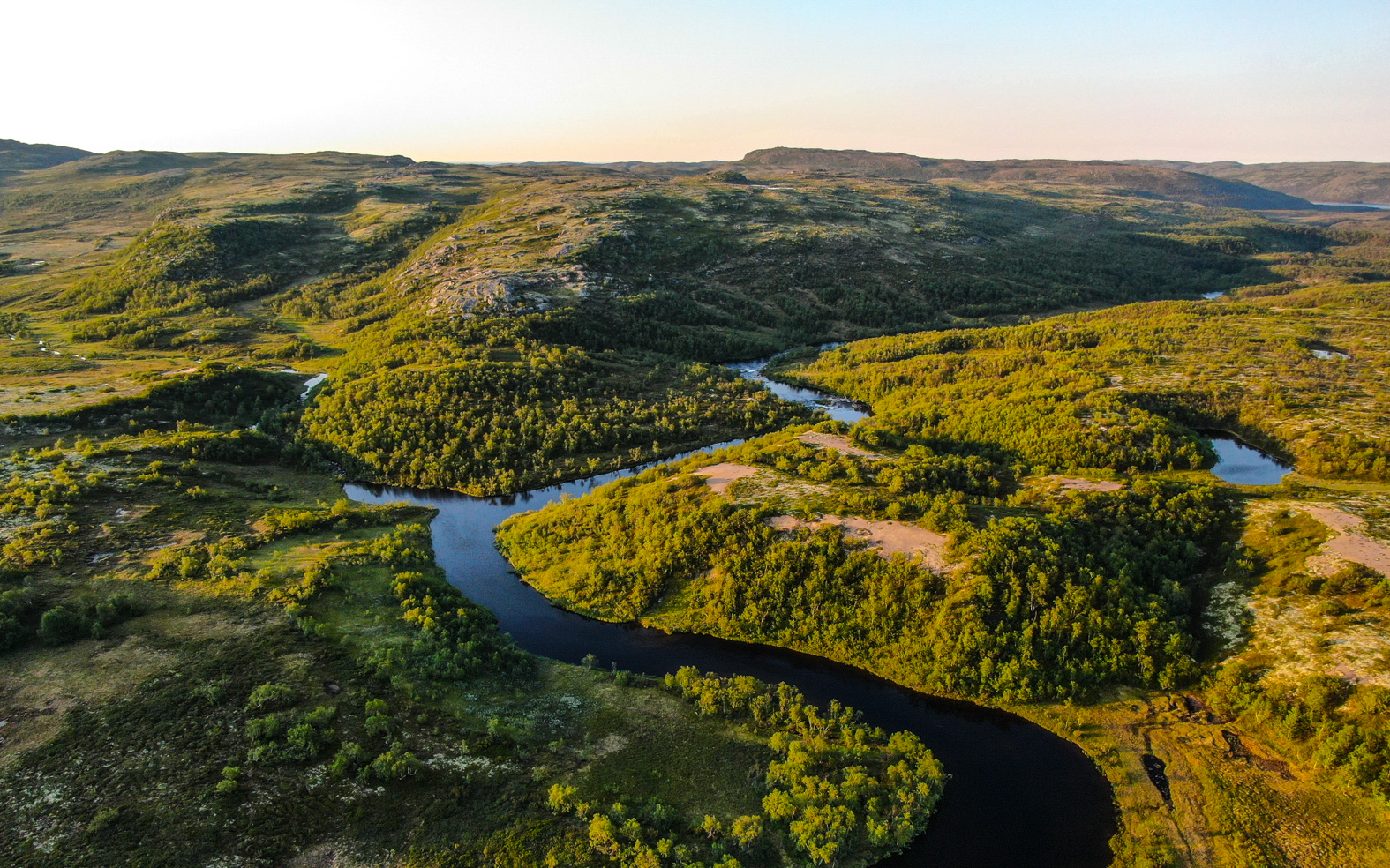 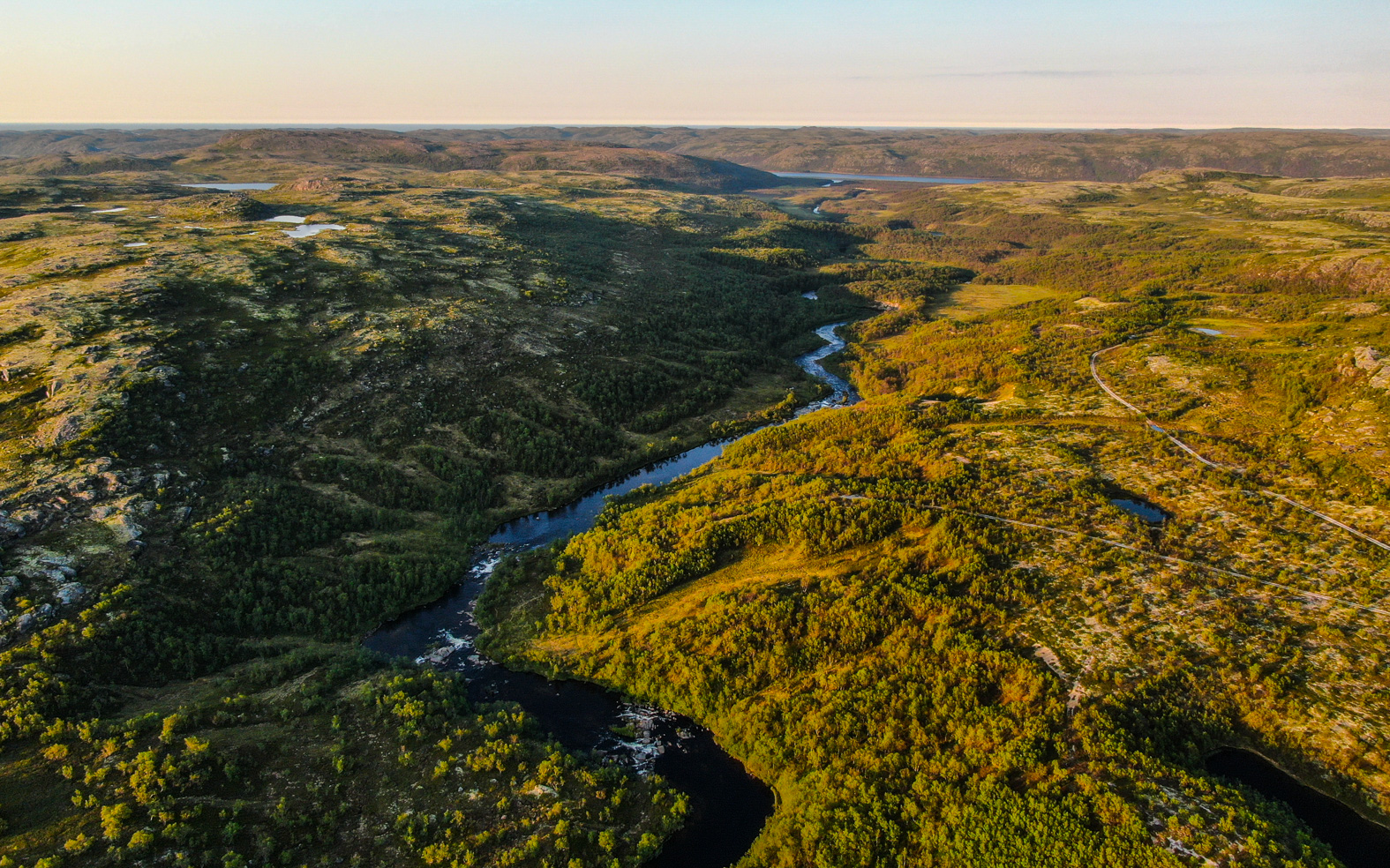 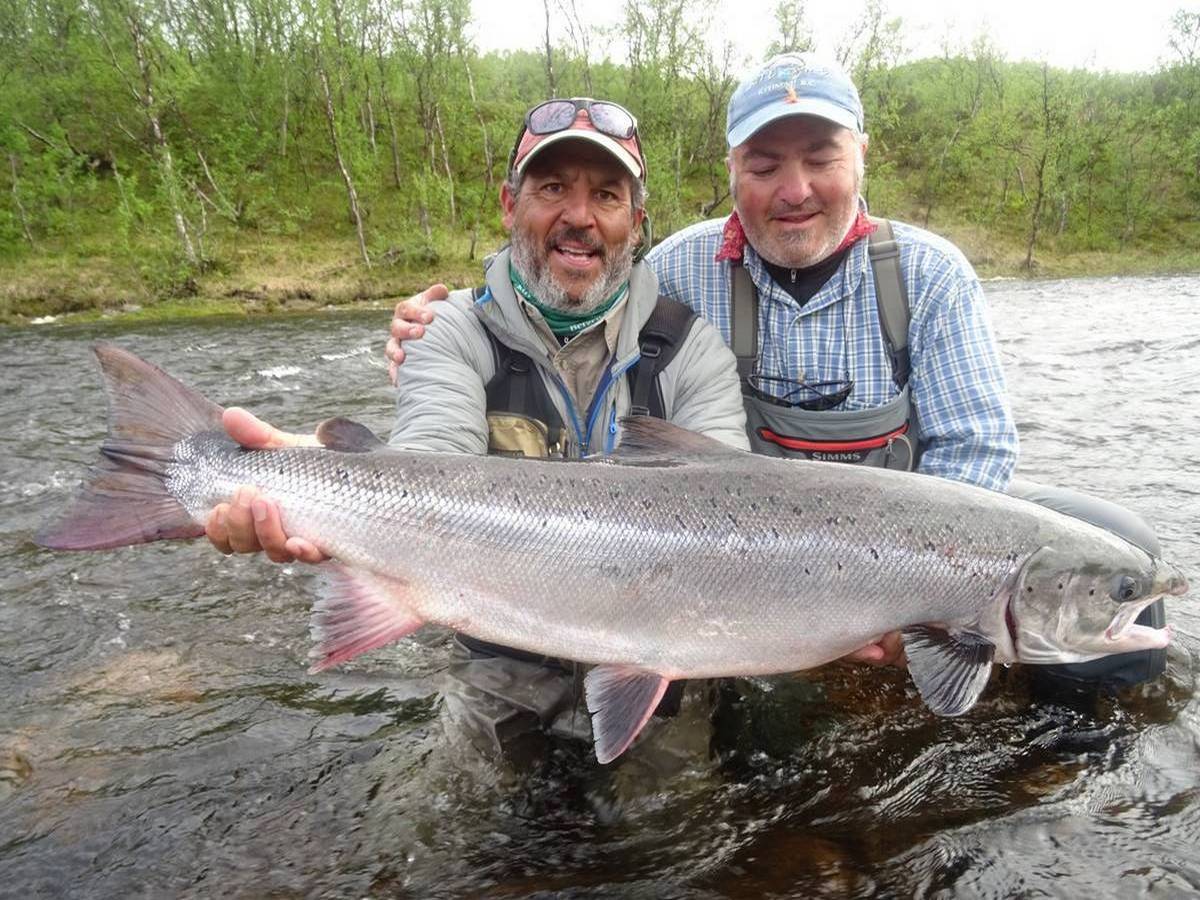 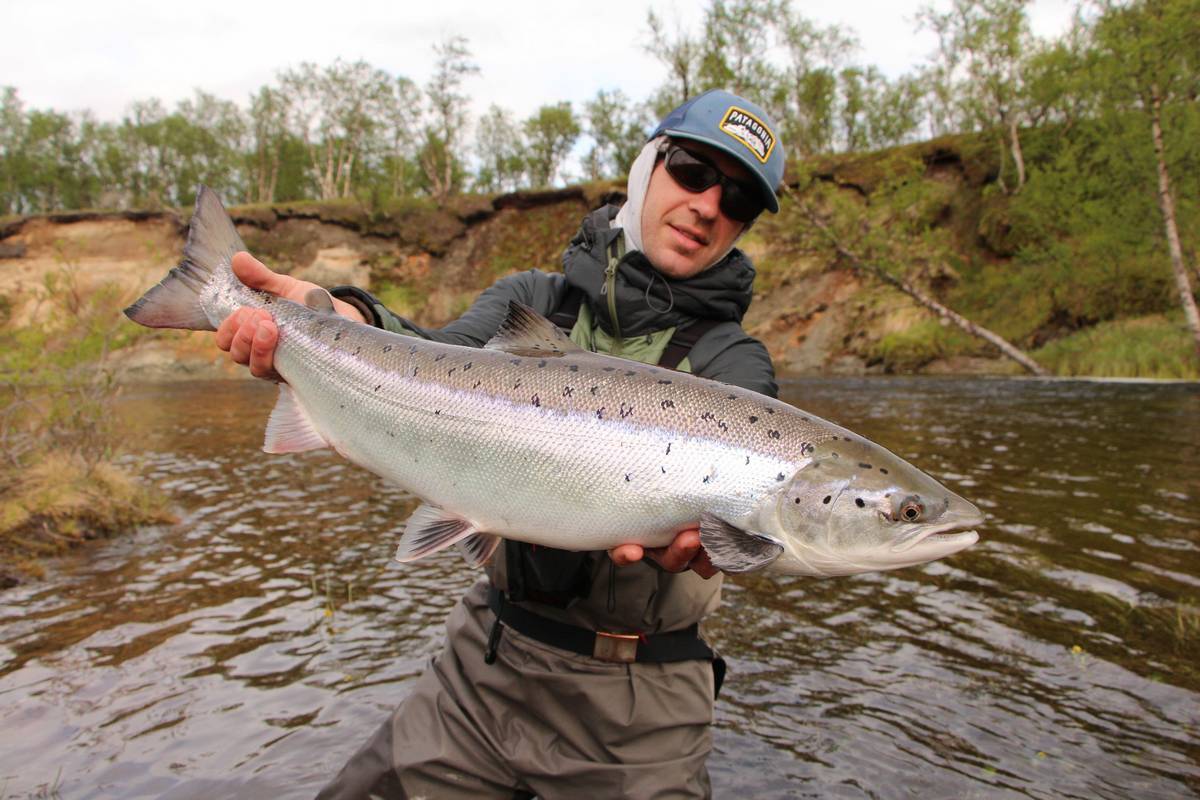 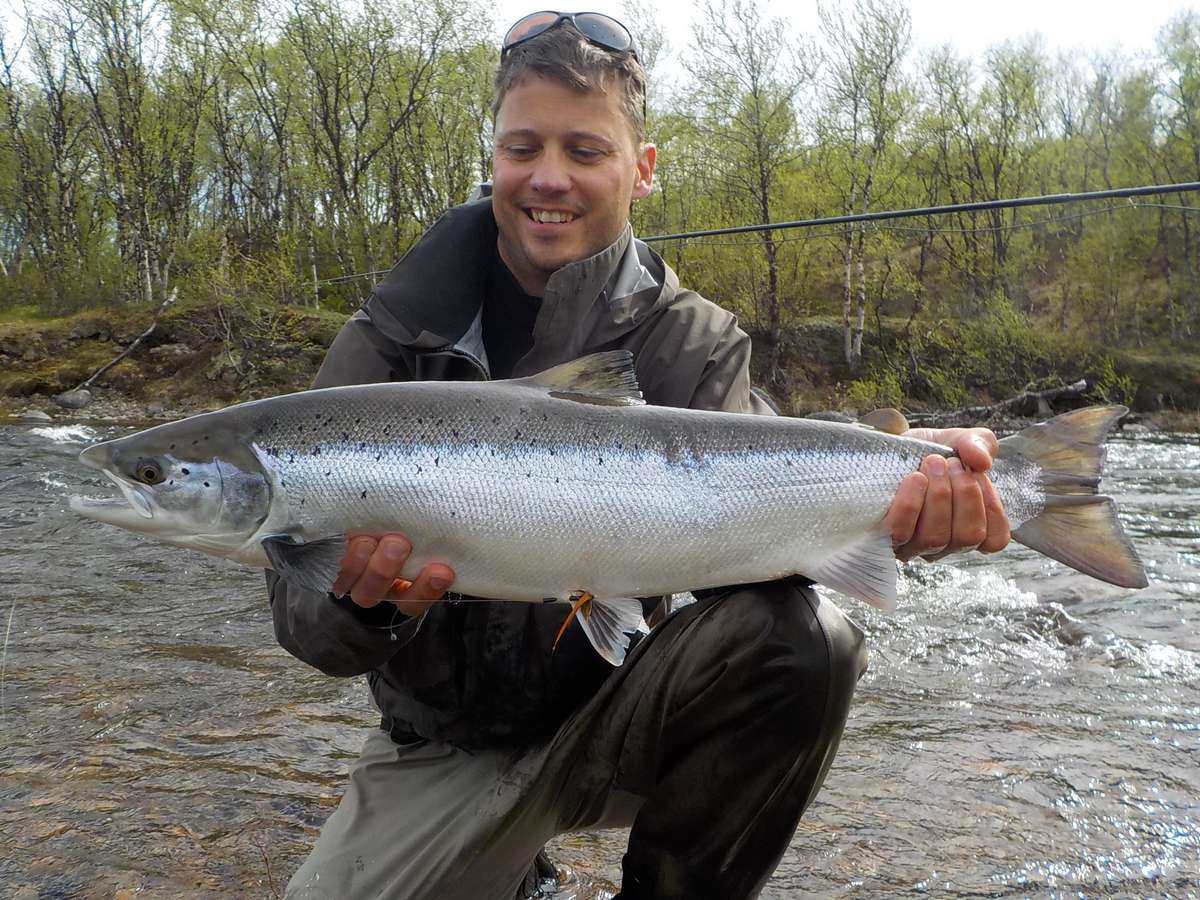 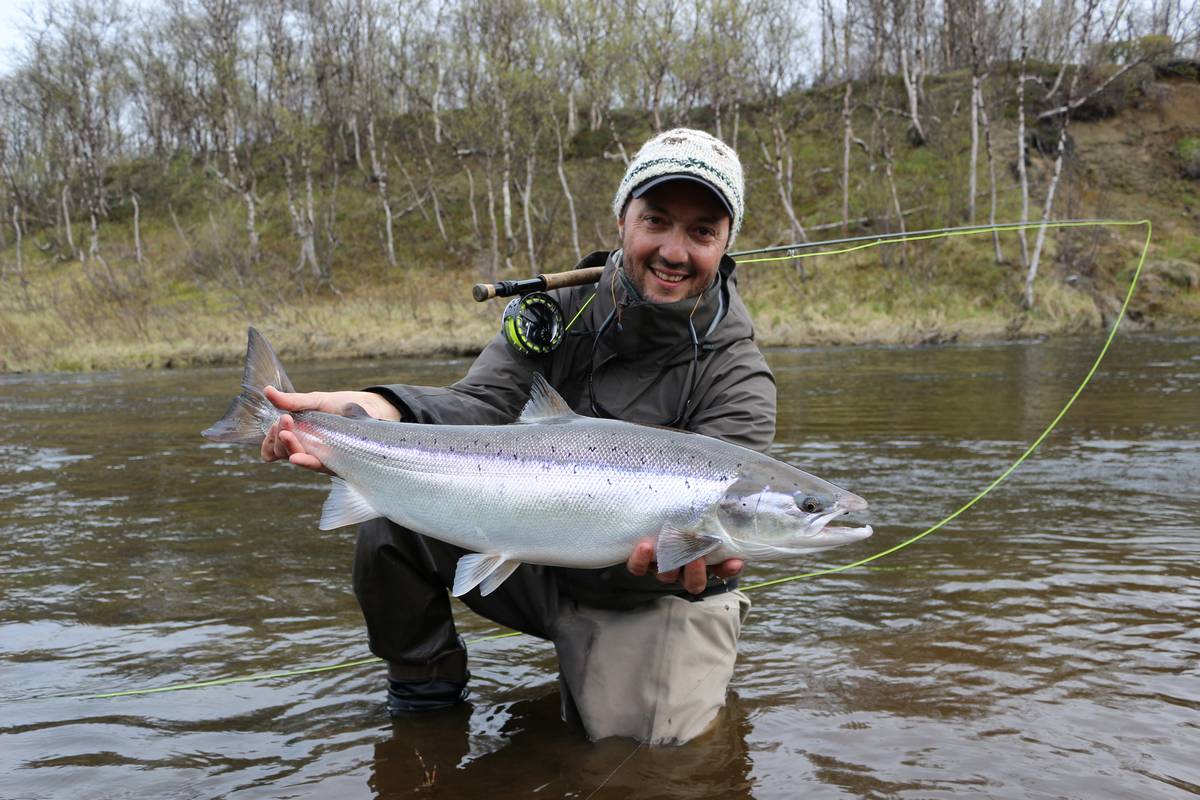