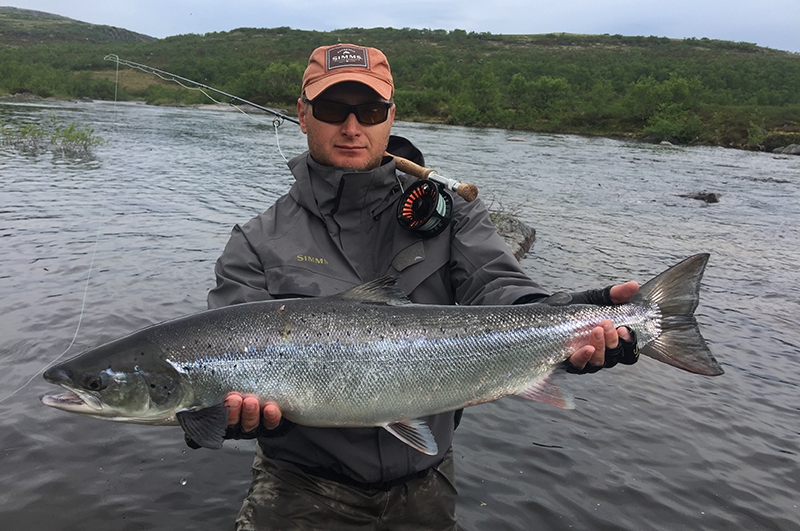 On July 7 rivers Belousiha and Voronya are welcomed the guest from the cultural capital of Russia - St. Petersburg, Vasily and old friends Englishman Tony and German Gerhard.

The summer proceeded: the sun fried, air temperature varied from 15 to 25 degrees in the afternoon. Winds blew in the southern directions. The summer nevertheless was not limited several days on Kola! Water in Belousikh's river continued to fall fast, but still was above norm on 15-20 cm. Its temperature fluctuated between 15-16 degrees. The tundra blossomed and recovered: the greens which filled up everything around, began to be diluted gradually in the bright and motley northern flowers and herbs, from mosquitoes there was no rest.

Tony who caught two years ago three salmons on Belousiha river arrived with the purpose to improve the results and again to fight with this noble fish. During four days he landed on Belousiha also three fish, but already with the salmon 93 cm long, record for himself caught on the First Glinka. Other two salmon were 65 cm and are caught on the First and Second Glinkas. Silver Stoat helped him to catch all the fish.

Tony spent several days in searching of a big salmon on the Voronya river. Practicing of spey cast, he landed two fish 85, 88 cm on Twins Run pool on Red Frances.

Gerhard arrived several days later. In two days of fishing on Belousiha he caught4 fish - three grils and one 71 cm salmon. And also he lost not less numbers of salmon. First and Second Glinkas pools again on the top! Flyes Red Frances and Willigun.

Vasily on the rivers of the Kola Peninsula had to fish already but for the first time he met so interesting river as Belousiha. Every day the each new place studied by him during fishing left more and more bright impressions. After the first lost fish on the Swedish Table he literally fell in love with this rapid, as a result having landed two beautiful salmon on this difficult pool, - it was necessary to run about on slippery stones and the guide and fisherman.

During six-day scrupulous interest in each occurring in the path a pool, a stream, a hole and slow run he landed 26 salmons. It seems that guarantee of such successful fishing its genuine interest in studying of surrounding conditions, to understanding as well as where to fish on this river: to work according to the checked scheme offered by the guide and to offer the innovative ideas which sometimes were pretty successful. At all this Vasily did not pursue results and did not rush headlong for each fish, it will not catch all! And it is a arguable question too, such madness could have negative effect on results. After each bite and landed fish everything were inspected and discussed.

As a result 7 grills, 12 fish from 60 to 70 cm in size and 7 over 70 cm were landed. Collie Dog (cone head) and Silver Stoat were the most working flies. Vasily caught fish on almost each pool offered him, but It should be noted that not all river was studied by him - rapids, channels and the lower site of the river wait for you, Vasya!!!!!!!

93 cm the Atlantic salmon caught by a one-handed #7 rod on Silver Stoat fly. 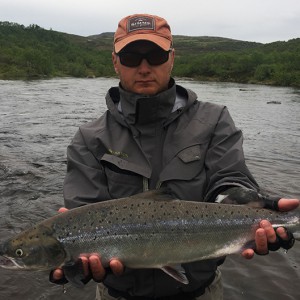 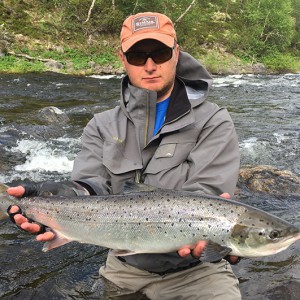 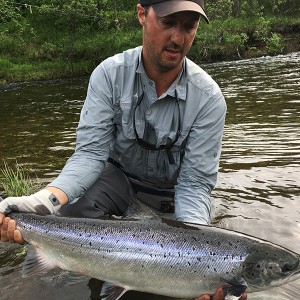 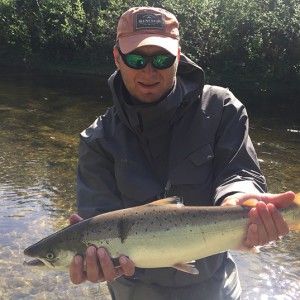 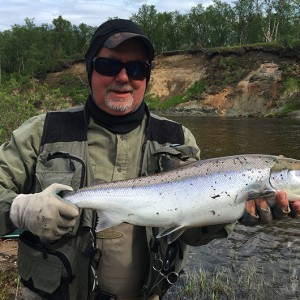 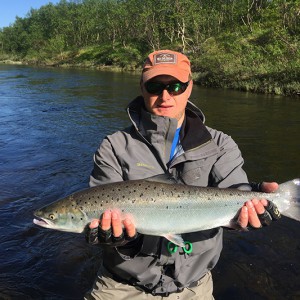 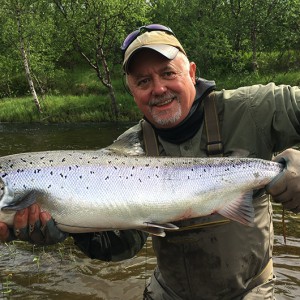 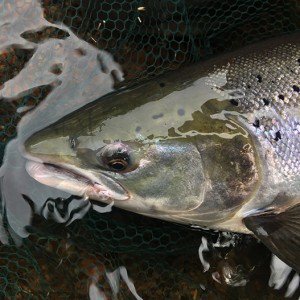 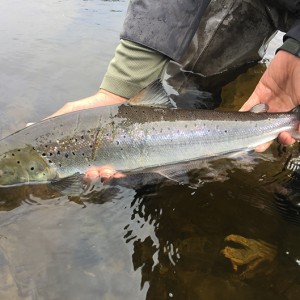 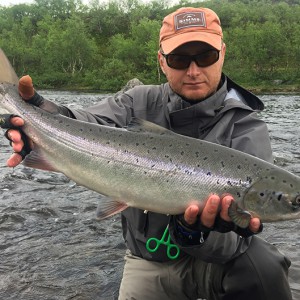 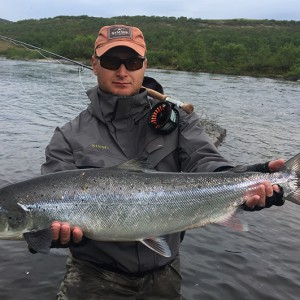