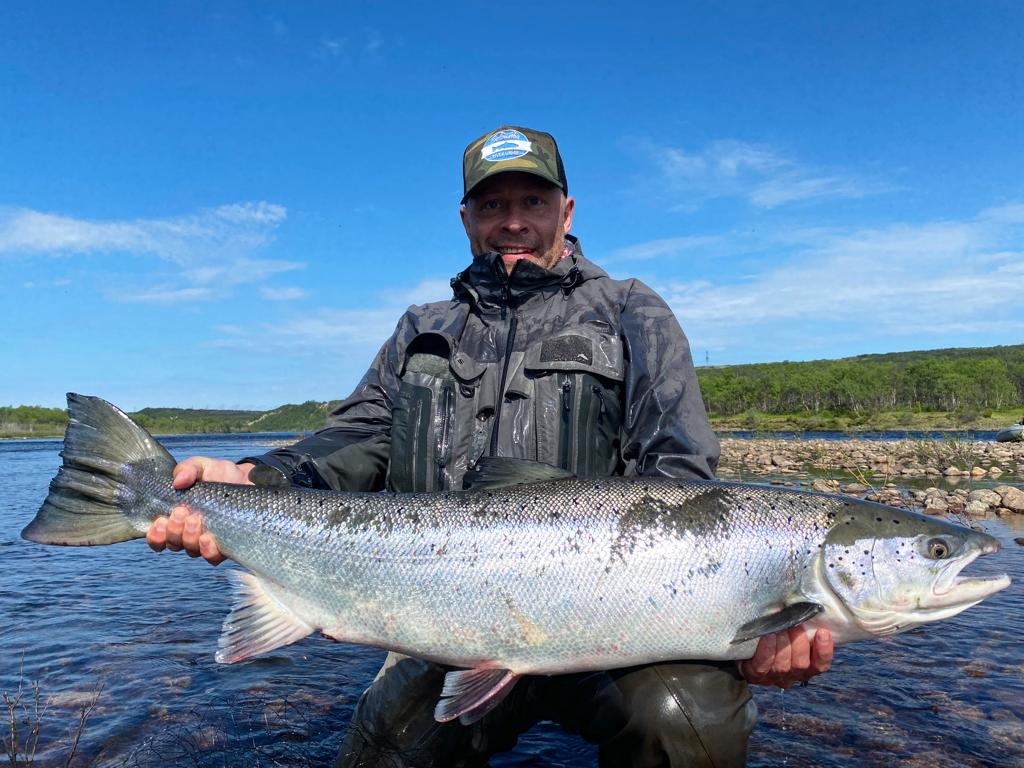 The first fishing week in Belousiha River Lodge. A couple from Samara Artur and Marina came to us to open the season. Last year we already fished with thrm twice, but in the second half of the season. Andrey and Mikhail, whom we have also known for many years, also came to open the season for 3 days.

The air temperature rose from +7 at the beginning to +28 by the middle of the week. The winds were blowing mainly from the north. The water in Belousikha gradually falls and approaches its average level. Water temperature +12- +15. In Voronya, the level fell only on the last day. The water warmed up to +7 degrees.

We spent all the days except the last one on the Belousiha. The weather was changeable, it affected the fishing. There were days when salmon became active only closer to dinner. However, the guests managed to catch daily. All places worked. Fresh fish comes in, pools are updated. At the beginning of the week, there were also kelts, by the end there were practically none.

Most fish were caught on Three Steps, Inspector’s and Two Stones. About half were caught with Golden Killer, it worked in any weather. Red Frances, Cascade, Undertaker also performed well.

By the end of the week, less water was poured on Voronya. We immediately equipped spey rods. In a few hours we managed to park three fish. All on different pools Upper Island, ATR, Beach. Misha has updated his record for fresh fish. He got a 30 pounder on Frankensnelda.

Record of the week: 87 cm Atlantic salmon caught with a class #7 rod with Undertaker on Belousiha.

108 cm Atlantic salmon caught with a #9 class spey rod with Frankesnelda on Voronya. 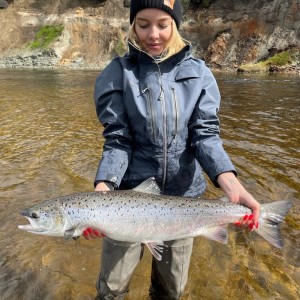 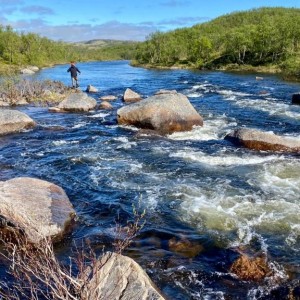 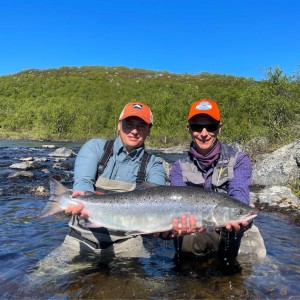 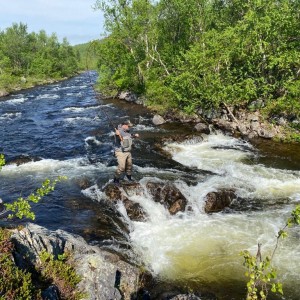 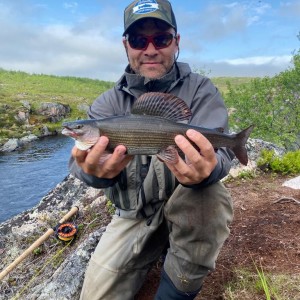 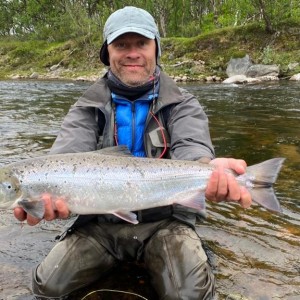 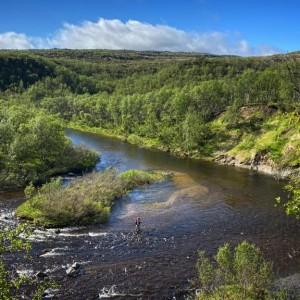 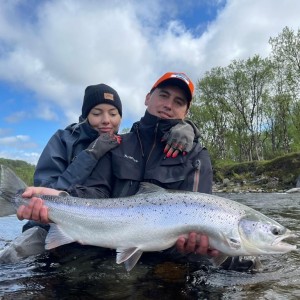