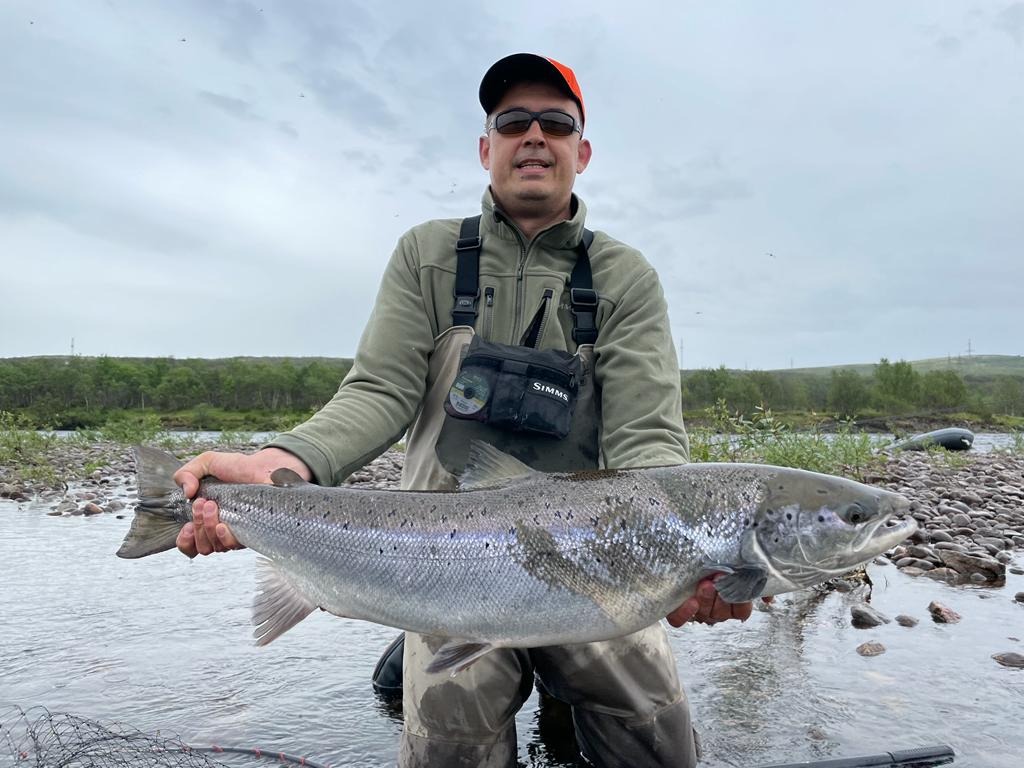 Second week of July. Belousiha river lodge was again visited by our friends Victor and his son Artem - it's hard to count how many years in a row they come to us. It is also not the first time that Slava from Ivanovo and Andrei and Nikolai from Moscow have visited us. But Yuri is our debutant. For his first salmon fishing, he chose the Kola Peninsula and our rivers.

The weather was favorable for fishing almost all days. Winds from north and south directions blew for a week and often helped the fishermen with casting, and also prevented annoying horseflies and midges from doing their bloody job. The air temperature did not rise above 25 degrees and was mostly comfortable - 15-17. It rained several times, which returned the water in the Belousiha River to an average level. The water temperature is 15-16 degrees in Belousiha and 12 in Voronya. The level in Voronya did not rise above average.

We fished, as usual, every other day on each river. Divided into groups of two fishermen. On the first day, everyone was caught, except for Yuri, he had a lost, and he also managed to catch all other species of the fish that day, with the exception of the Atlantic salmon.

Nikolai got a jackpot on Voronya. He caught his first Atlantic salmon with a 102, 98 and 92 cm on the Power pool. Not bad for a beginner! Voronya is generally pleased with large fish - Victor updated his record twice this week. Yuri, who for the first time in his life took spey rod in his hands, unfortunately, did not manage to land salmon on a large river, although Voronya gave him three chances to do this. One of these lost was especially sad, the salmon was very large, and its scales were so shiny, reflecting the July evening sun. All the fish caught with frances and willigan flies.

At Belousiha, the atmosphere is still cheerful. The fish pleases with its rises, but it is not always active. More than once during the day we had to watch how the fish tease with their jumps, marking the places of their staying, but they were completely indifferent to our flies. However, we managed to land 15 fish on Belousiha this week as well. The catchiest flies were green butt, frances and golden killer. A couple of fish were caught on a bomber. As always, Swedish Table and Glinka are in the top, but Two Stones could not be unlocked within a week - nonsense!!!!!

The week has been great!! The Voronya pleased with its large trophies, but the freshest grilse have already come across in the river. On Belousiha, in addition to fishing for salmon, we spent several wonderful days in places inhabited by brown trout and grayling, which responded well to dry flies, nymphs and streamers. All guests caught Atlantic salmon. There were also many losts - more than usual. Of course, it is impossible not to mention the first fish of Yuri, which he nevertheless managed to park on Belousiha on the third day, after six losts. Fish was caught on his own green butt. The river has not seen so many emotions for a long time! We are waiting for all our old and new friends next season!

Record of the week: 82 cm Atlantic salmon caught with a class 8 one-handed rod on Red Francis on Belousiha. 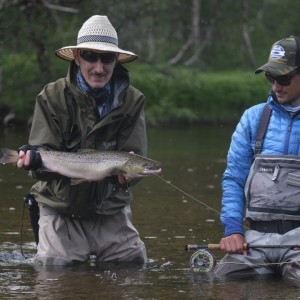 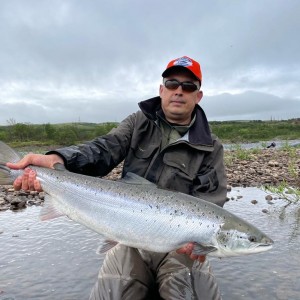 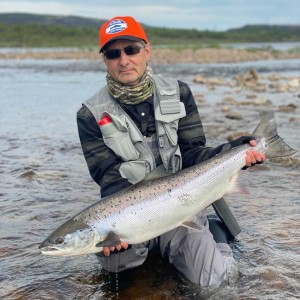 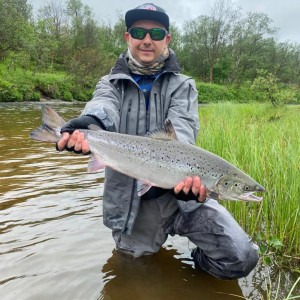 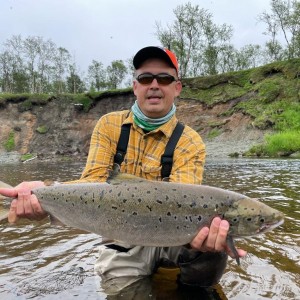 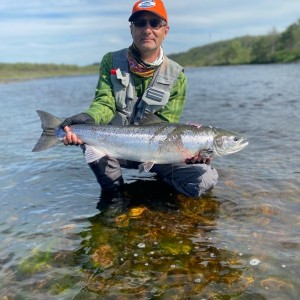 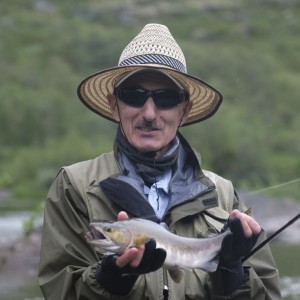 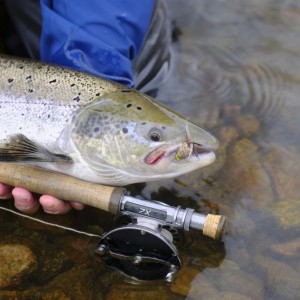 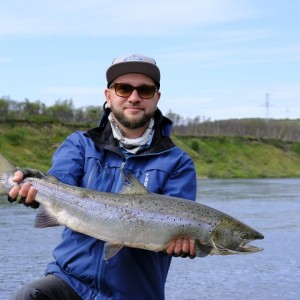 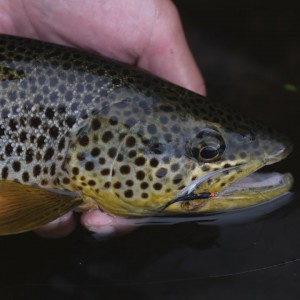 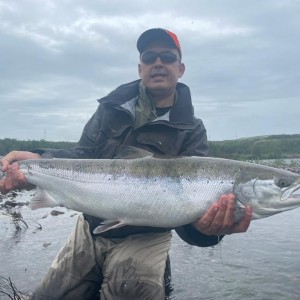 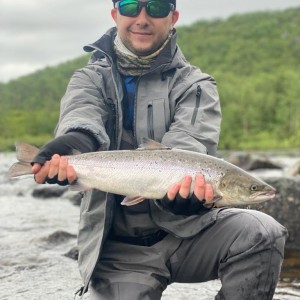