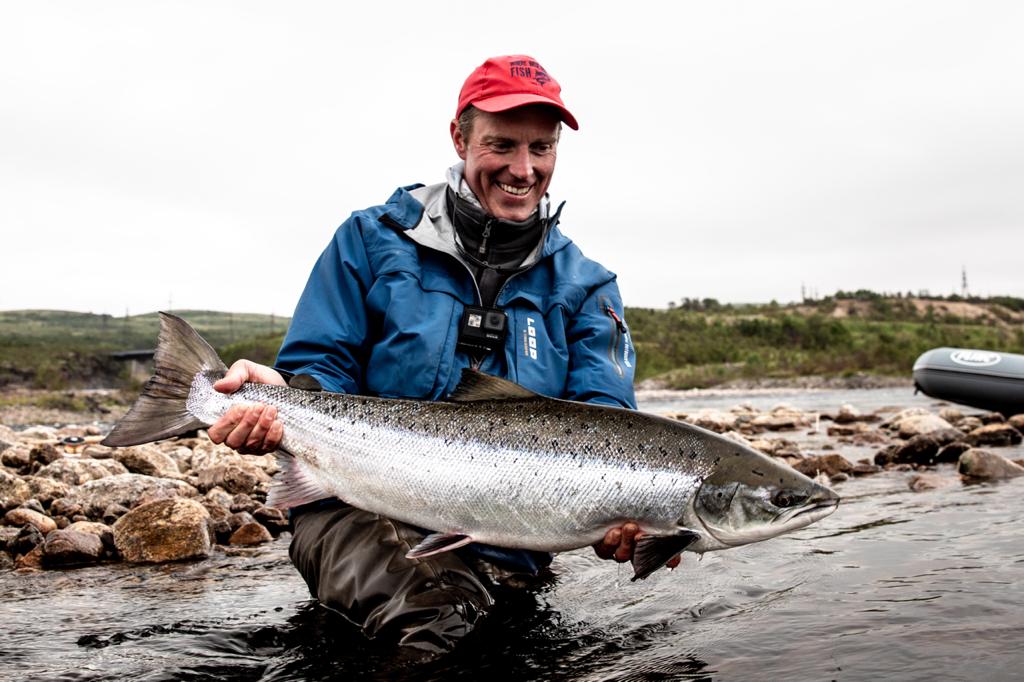 First week of July. We met guests from Moscow: Andrey and his father George, who returned to us after three years, Vyacheslav from Ivanovo and Justin, who flew to us as soon as it became possible from Britain.

The weather was not good for fishing, from Sunday to Thursday the sun was beating furiously, the temperature kept between 19 and 29 degrees during the daytime. Fortunately, winds from the south and west with small gusts saved the anglers on these hot days. Belousiha warmed up to 22 degrees by the middle of the week, by Friday the water temperature dropped to 17. The level is average.

On Voronya until Thursday, the water level was high, the temperature was up to 15 degrees.

The fishermen spent the first part of the week at Belousiha. Salmon continues to be mixed with grilse, which all come across with sea-lices. The fish are mainly concentrated in the upper part of the river, from the lower pools it is squeezed out by pink salmon, which this year comes in very large numbers, but only a few get to the upper areas - the big riffle interferes.

In four days, 17 salmon were landed. Interesting fishing at the Swedish Table, the Golden Pool, Two Stones and the Canyon. As always, the Top Step does not fail at the beginning of the season. Golden Killer and Cascade worked well on sunny days. Most of the fish are caught on the SunRay Hitch.

We spent the last two days on Voronya, as soon as they began to drain less water. On Thursday, Andrei and Georgy were learning with a new type of fly fishing tackle - two-handed. Justin had several takes to Sunray and Francis. On Friday, the situation changed dramatically. During the day, after they dam stopped released water, a large number of salmon rose to the upper bits, the fish were jumping everywhere. Justin caught two excellent 16 and 25 pounds on Upper Island. The fish shows that it has just come from the sea - it blinds the eyes. Andrey landed a pink salmon.

Despite the very hot weather, the fishermen were not deprived of fish activity - everyone caught coveted salmon. Someone was more fortunate. But fishing has never been fair game! Justin made a lot of great shots and footage that will be fashionable to see in a few weeks.

83 cm Atlantic salmon caught with class # 6 one-handed with a Hitch SunRay fly on the Belousiha River. 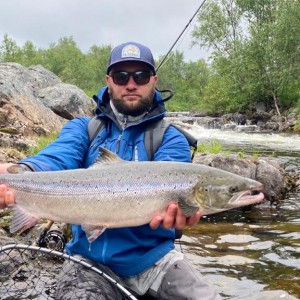 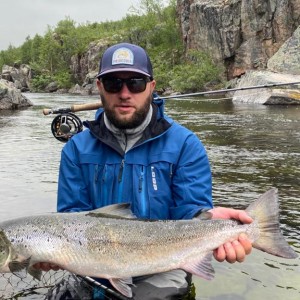 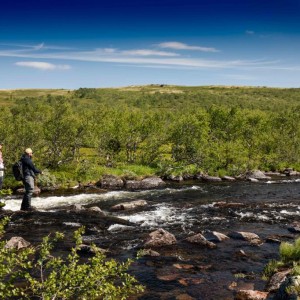 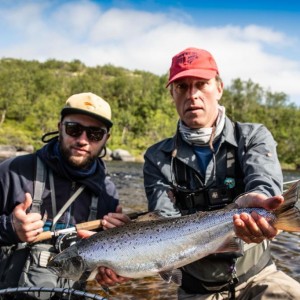 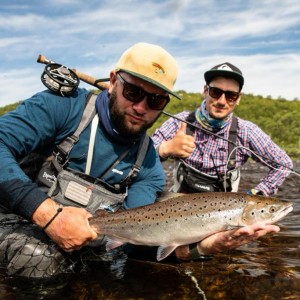 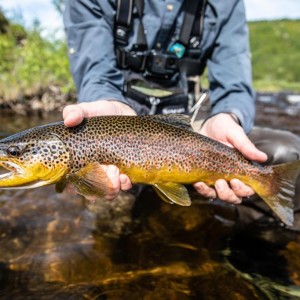 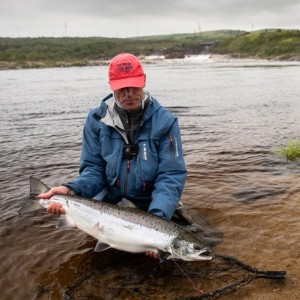 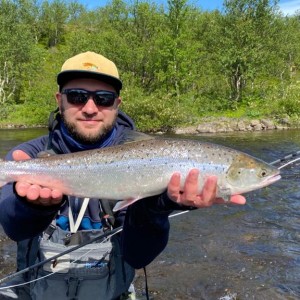 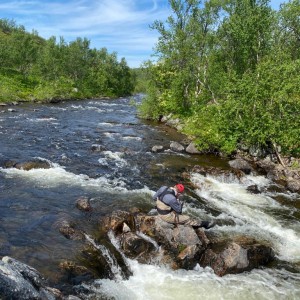 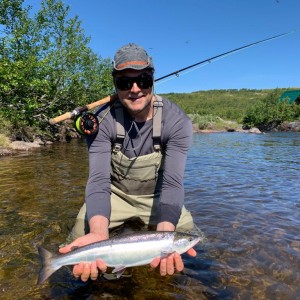 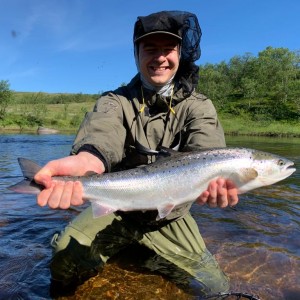 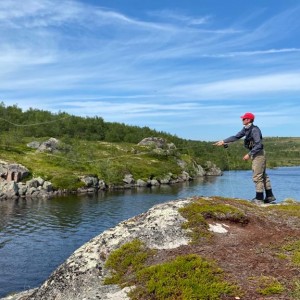