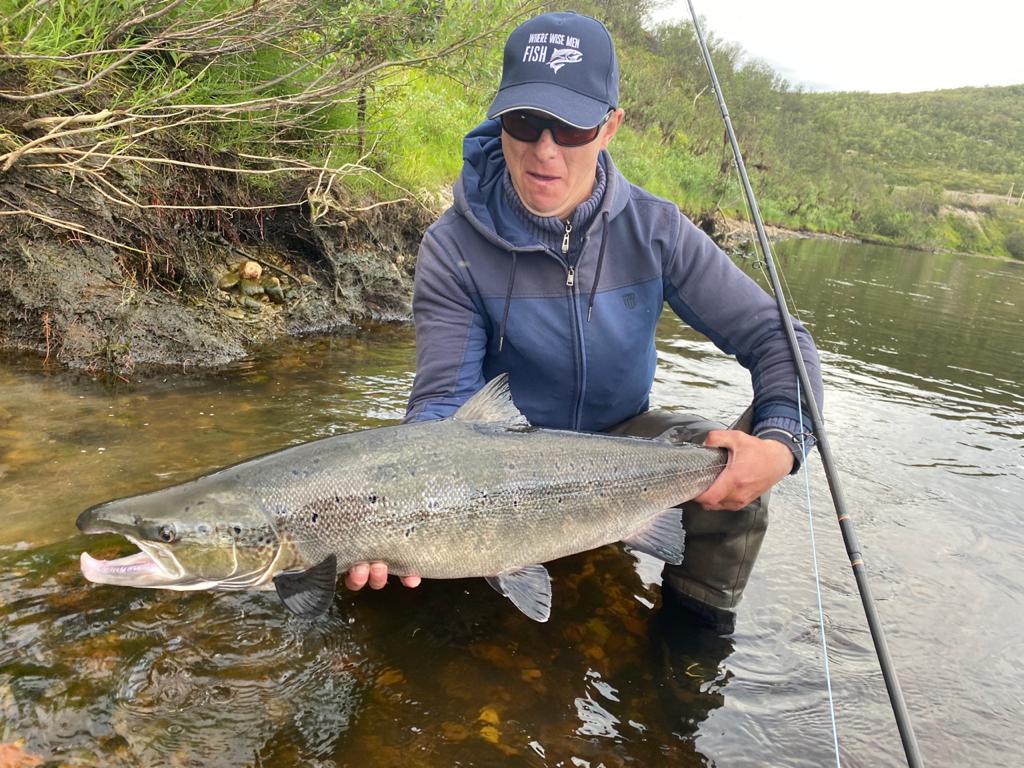 The weather was nice this week. The temperature did not rise above 20 degrees and did not fall below 10 days. There was little rain. Winds blew western and southern directions. The water temperature in Belousiha is 12 degrees, in Voronya 11. The water level on Voronya was average. Belousiha is below average.

After rains water level bit rose, so in the upper parts of the river were founded silver fish, which actively took Frances. Unfortunately, out of five attempts, not a single fish ever got into the landing net - the whole thing fell off and ran away towards the lake. The Swedish Table and the Two Stones proved to be very good. Lots of action on them. Three Steps as usual brought good catches.

In the lower part of the river, Glinka and the Big Stone showed themselves perfectly. On the Crazy pool and Aquarium, as is customary, there are large flocks of salmon, we caught some residents from there by the method of upstream fishing.

On Voronya, the water kept at a comfortable level for fishing all week. The fish jumped on all the pools and instilled confidence in the fishermen. All the pools on the river worked well. But it was not always possible to land the fish. Alistair, for example, missed seven before he landed the first. The reason for such failures is incomprehensible - he is an excellent fisherman. But for his persistence, the river paid him back - a 97 cm guy.

Despite the huge number of lost, and there were almost an equal number of them with caught fish, the week was not bad. Everyone landed the treasured fish. Sam finally caught his first salmon on Voronya. Hugo set a new family record by overtaking his sister and catching a 100 cm beauty. And Hideko first came fishing and was able to catch her two salmon.

Looking forward to our guests next year.

75 cm salmon caught by a class # 7 single hand on a cascade fly on the Belousiha River.

100 cm salmon caught by a double-handed class # 9 catch on a Red Frances fly on the Voronya River. 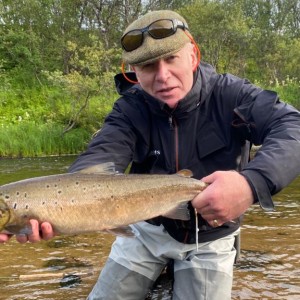 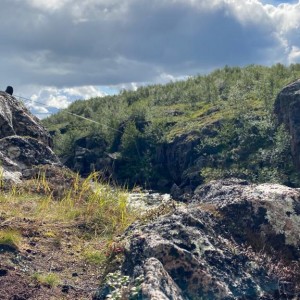 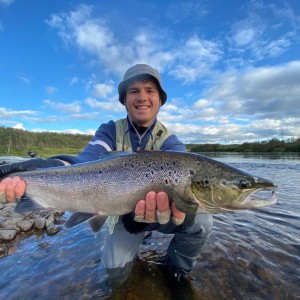 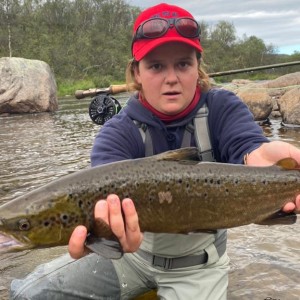 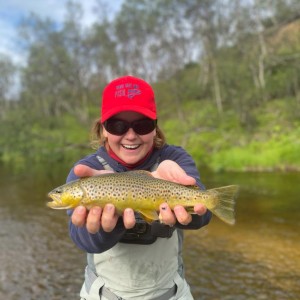 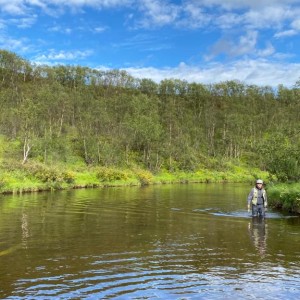 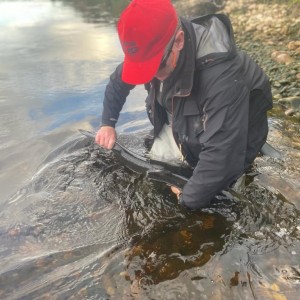 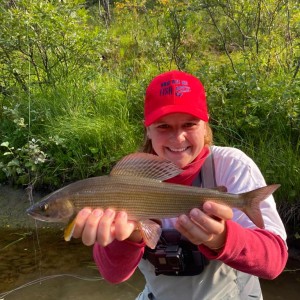 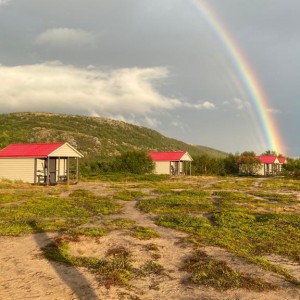 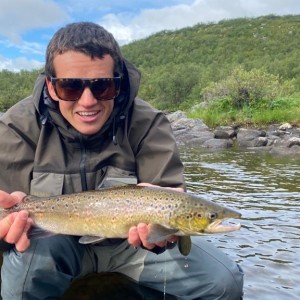 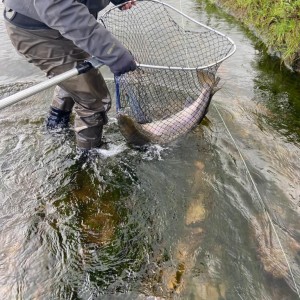 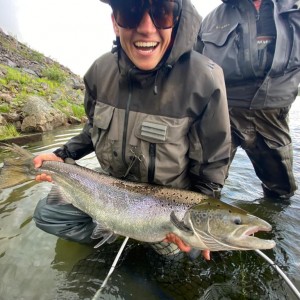