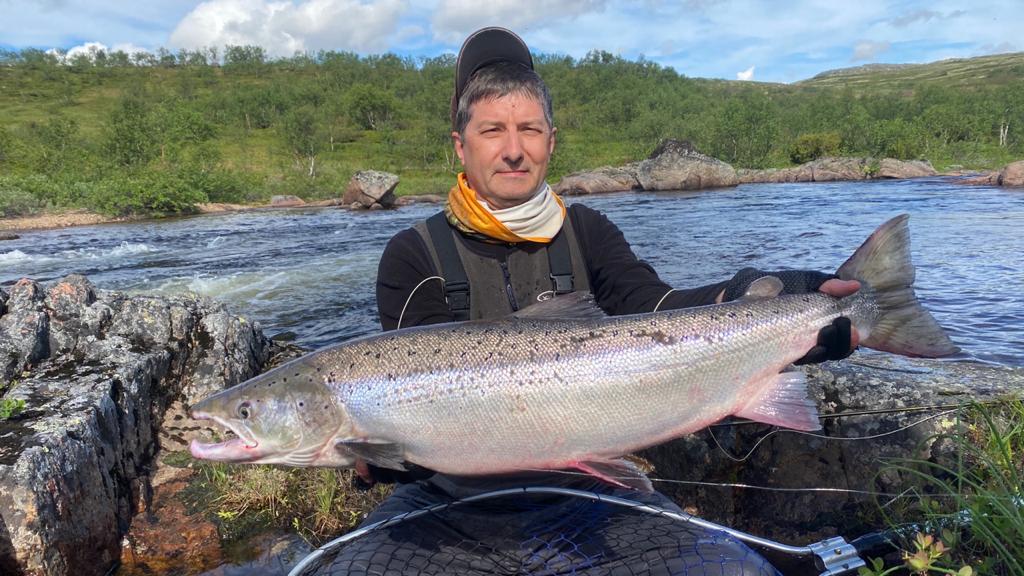 On July 5, the Belousiha fishing lodge met the second group. Muscovites are visiting us again: Victor and his son Artem, who are coming to us for the third time and Marina, who visited the rivers for the first time.

The weather has been great all week for fishing! The air temperature ranged from 13 to 19 degrees. Winds blew mainly southern directions. Sometimes rain dripped, maintaining the water level. It was sunny and cloudy, but quite favorable for walking and fishing. The water temperature in Belousiha rose from 12 to 15 degrees by the end of the week. The level fell a few centimeters.

Fishermen purposefully went fishing on Belousiha, and this week they were allowed to rotate. The fish continues to come, this is evidenced by bright colors of the fish and sea-lice’s. Salmon are everywhere: on each pool there is a lot of fish, on shallows, molds and in the places of crossing the river. Quite a lot of grilse already. On aquariums with quiet water, small flocks of salmon already occupy their places in the spots, soon you can take five fish from there - it all depends on the delicacy of the cast.

This week all the pools worked. One of the best is the Three Steps - all of steps were resultative, the fish was shown everywhere and in good numbers. On Glinka we landed three fish several times in an hour. On the Swedish Table salmon were always active, but from 12 chances only 4 fish were landed. On the Golden Pool everyday was an action, funny that most fish were caught on Golden Killer. Flies such as Frances, Cascade, Beaver worked well. Several fish landed on the bombers and Hitch.

We were all pleased that not one day was not fishless for each fisherman. From 1 to 4 fish a day were caught by everyone. Fishing was not hard, mostly we did not walk a lot. There were days spent completely, for example, on the Three Steps. Below the second Glinka, like last week, we did not go down, although there were plenty of fish there. We went to the Canyon only once, missed two fish.

Fishing was successful! The week was great. Marina managed to land 12 fish in 4 days. Victor broke his last year's record by putting a 97 cm guy in the box. Artem broke his record for fish caught in a week. Thanks for the kind and warm atmosphere in the camp. Waiting for our guests next year!

Record of the week: 97 cm Atlantic salmon, caught by a single hand # 8 class rod on a Golden Killer fly on the Belousiha River. 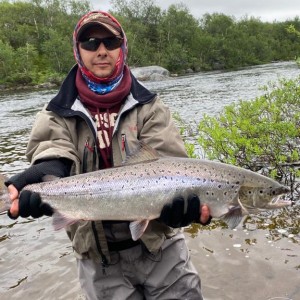 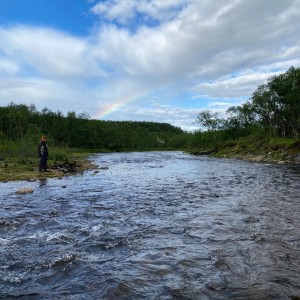 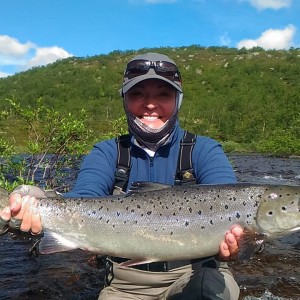 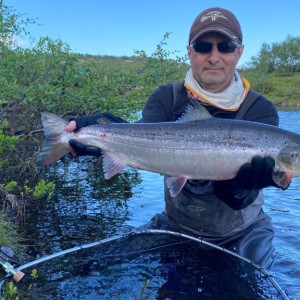 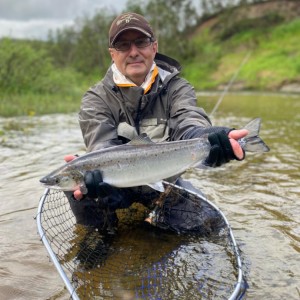 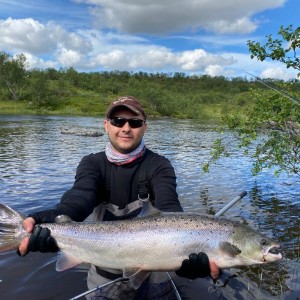 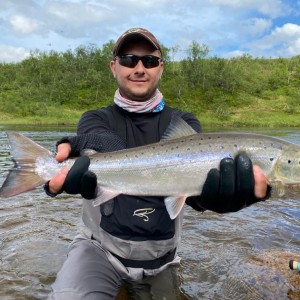 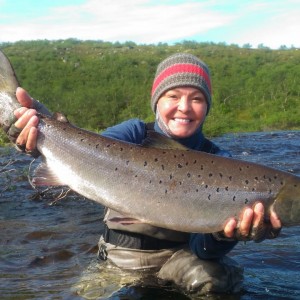