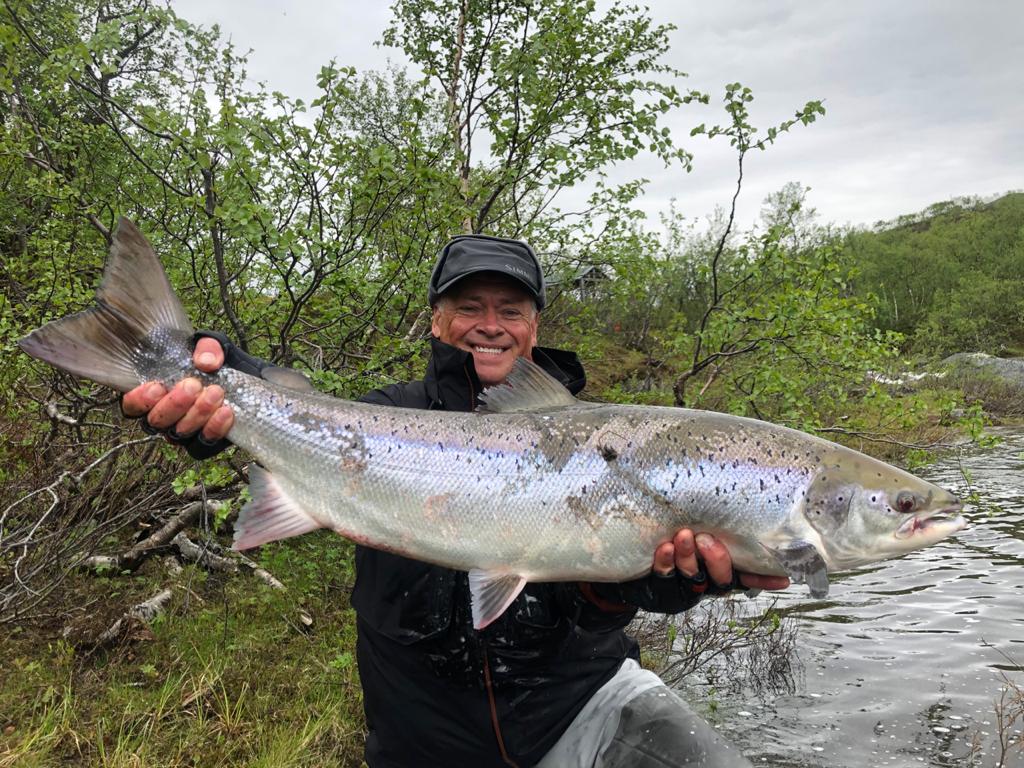 The first guests of the camp in the 2020 season were from Moscow: 2 Alexandr's, Igor, Dmitry and Milena. Despite the fact that the fish entered the rivers this year according to the schedule - in early June, the first group arrived quite late - in the beginning of July and stayed with us for three fishing days.

The weather was quite suitable for fishing. The days were sunny, the temperature did not rise above 19 degrees, and did not fall below 12. Winds blew south and south-west directions. Sometimes it dripped a little rain. The water in the Belousiha River stopped falling rapidly, falling a couple of centimeters per day. The level is medium, you can already cross the river confidently in many places. The water temperature rose from 9 to 11 degrees.

We spent three days on Belousiha, fished all parts, but did not go down below the Second Glinka. The fact is that fishing was interesting, numerous salmon rose on Glinka, Obkom, Inspector and Birch pools. This made us keen for fishing for hours, so we did not have time to go to the lower pools. We could catch on almost all the pools where were fishing. Especially nice fishing was on the Upper Canyon, where, in addition to the caught salmon, we had a very annoying lost of huge salmon. Two stones and Golden pool also gave us some good salmon. On the Swedish Table, unfortunately, only two broken lines - the flow is still strong, it is difficult to bring fish on this pool.

WillieGun, Stoat Tail worked as usual, also bombers looks very attarctive for fish. Many trout and graylings were caught on salmon flies. One of trout was really good, more then 55 cm.

The fish was caught mainly from 4 to 7 kg, three fresh grilse were also landed. In three days, each angler could catch at least 2 salmon. The winner was Alexander and Milena (and we had a real competition here: who will catch more), for two they caught 10 salmon. Their sworn enemies on fishing and ordinary friends in life, Alexander and Igor caught several fewer salmon, but they have 100 cm of beauty, landed on the Obkom. Dmitry just began to learn fly fishing, as a result, on the third day two fish landed.

The season started, and the start was definitely not bad. Waiting for our guests next season!

100 cm Atlantic salmon caught by a #9 single hand rod on a Cascade fly on the Belousiha River. 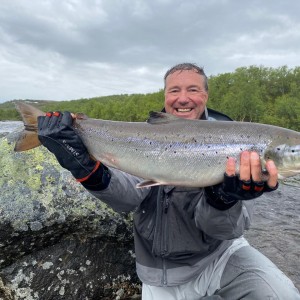 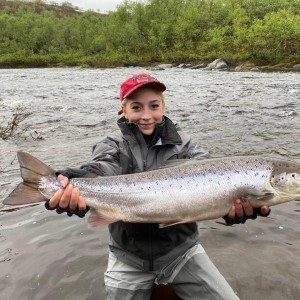 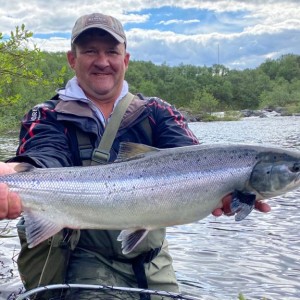 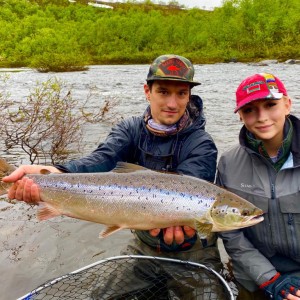 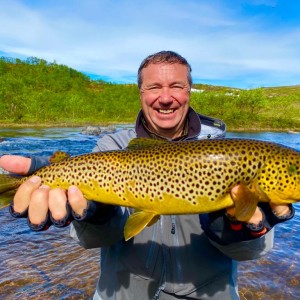 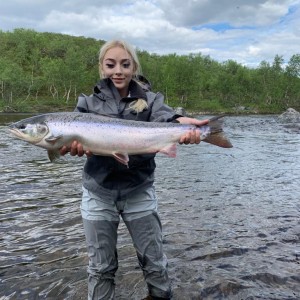 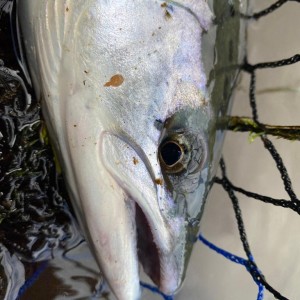 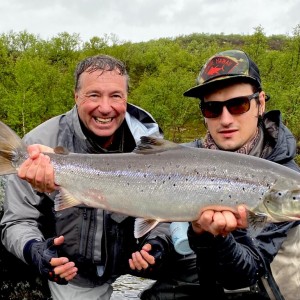 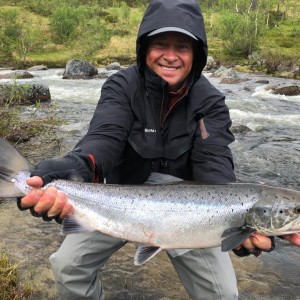 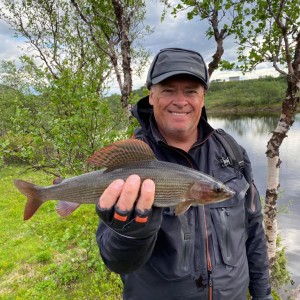 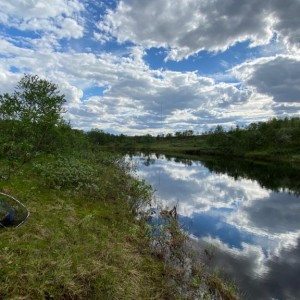 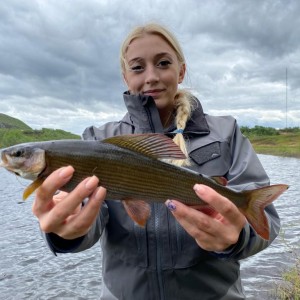