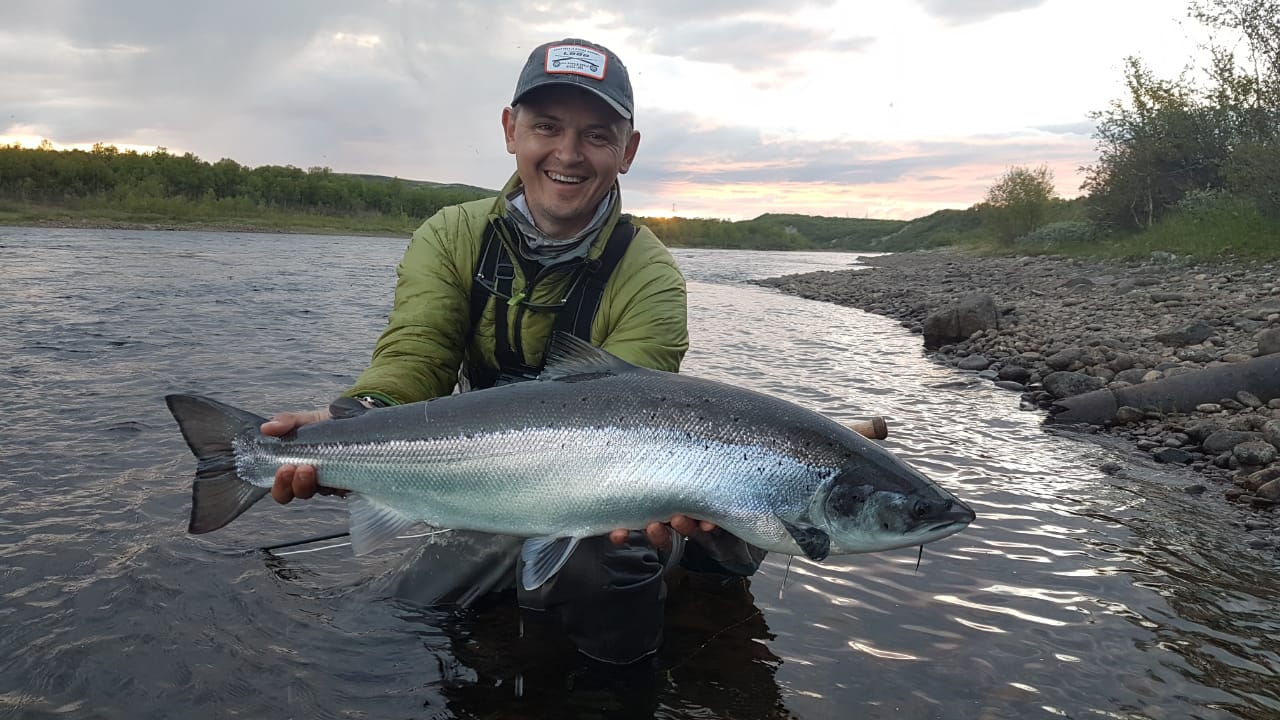 The second fishing week on the Belousiha and Voronya rivers. By tradition, on Friday our camp welcomed guests: two British Julian and his son William, three Russians, our old friends Alexey and Alice, Vlad who never fished here and Jan from USA. Shooting of the another fly fishing show was continued the second week by Dmitry with a camera man Ivan.

Weather was stable. Generally, partly cloudy. One day was a drizzle. Temperature did not rise higher than 18 degrees and did not fall below 7th during fishing days. Northern and South winds changed every day each other.

Water temperature rose from 9 to 13 degrees in the Belousiha River, from 7 to 10 in Voronya.

Water level in the Belousiha gradually decreases and approaches closer a July low mark. On Voronya daily changes from low to middle.

The first half of week fishing was quite hard on both rivers. In comparison with the previous seasons, there was an impression that fish came less than the same week last years. Some pools were looked like empty, but unexpectedly were good others. The Obkom pool and the Tube constantly worked at Belousiha, every day on them something was caught or lost. On Voronya we fished only two days from three, only two fishes were landed. Every day we hooked a kelts.

The latter half of the week was absolutely another. There was a feeling that fish came in a big quantity during one-two nights. Silver backs and sides of fresh run began to come out on the river Voronya. River became alive. Not without purpose the big black moustached muzzle sometimes leaned out of water. It betrayed confidence and passion to fishers. And they caught 5 salmon during last two days. Only dark flies tied on tubes worked: Sunray and Collie Dog.

On the river Belousiha changes appeared too. On the Glinka One as well worked bombers. But not easy to land on the one hooked surface fly. On the second Glinka we found couple dozens of fresh fish. Many grilse as well. But frankly speaking, we did not find the proper fly for them.

In the last day fishing turned out the most interesting. Though on Belousiha only two fish were landed, we lost 7. The most interesting place was The Swedish Table in my opinion. Fish on it very active, very angry with Willigun and Undertaker. Three Steps are always trouble-free throughout all season. As well this time pleased us with fish. On Voronya 4 fishes were caught, 2 were lost. Meanwhile 6 of 7 fish are caught on Twins run though the first Atlantic was caught by Dima on the BBT pool.

Fishing during a week was quite difficult accept the last day. Anyway everyone landed Atlantic salmon. For Vlad, Alice and Jan were the first Atlantic salmon! Jan, very skilled saltwater fisherman, he has a lot of world records of IGFA, says that he first time got so interesting fight with the fish and literally felt in love to Belousiha.

86 cm the Atlantic salmon caught on single-hand rod #7 on Silver Doctor fly on the river Belousiha.

92 cm the Atlantic salmon caught on spey rod #7 on Sunray Shadow fly on the river Voronya. 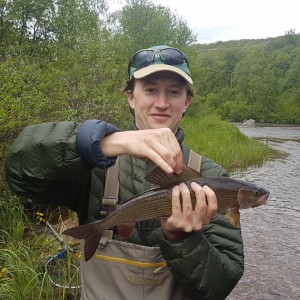 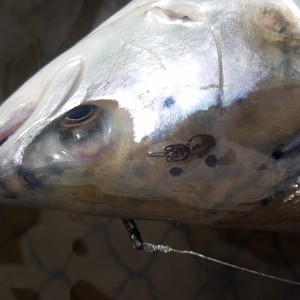 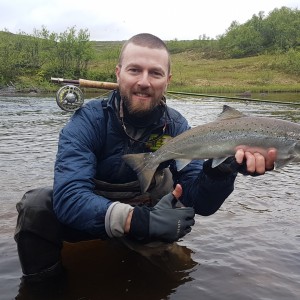 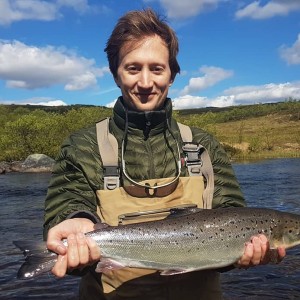 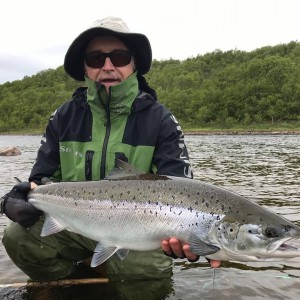 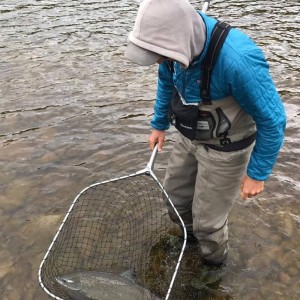 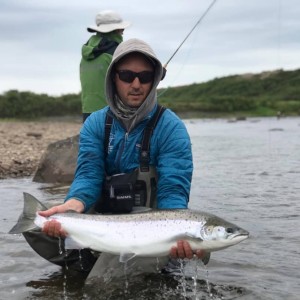 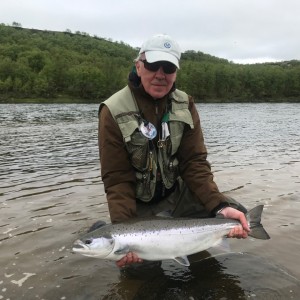 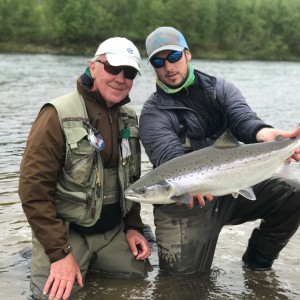 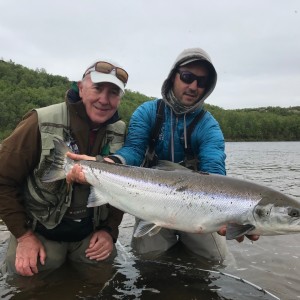 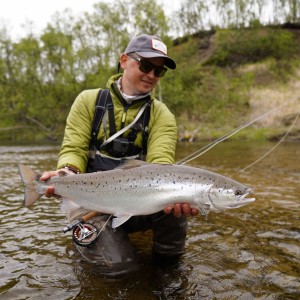 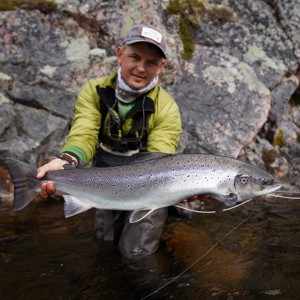 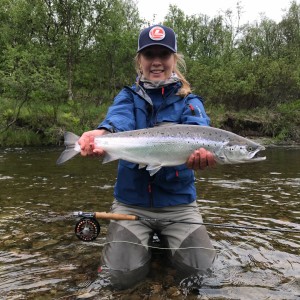