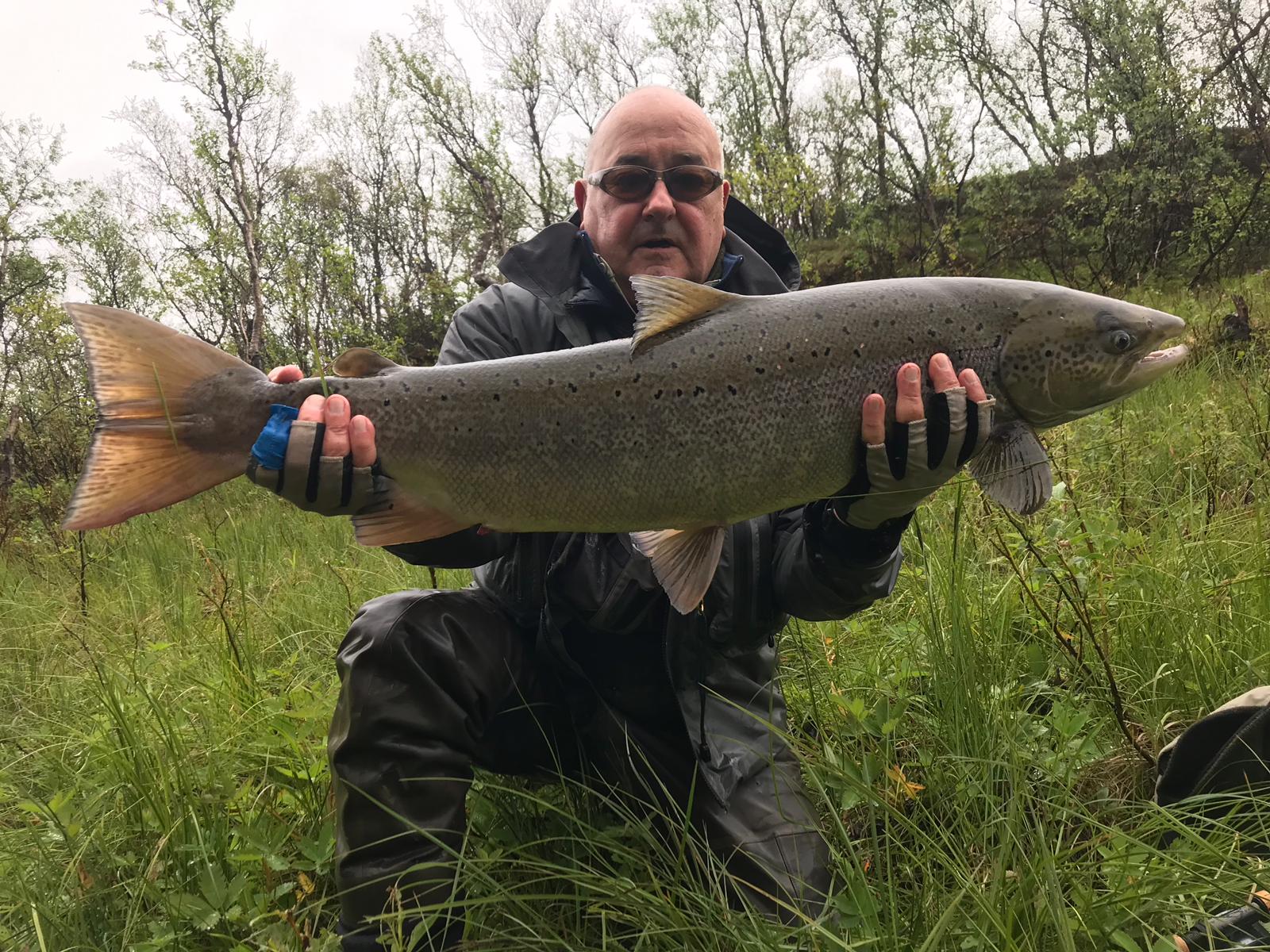 The end of the coldest July for all history of Lodge. Our camp welcomed guests from hot Spain. Alfredo, Jesus and Cesar again came to our place.

Weather was horrible for our guests. All week air temperature did not rise higher than 10 degrees. Winds blew daily from the North, is frequent with an opposite drizzle and rains.

Belousiha rose a little, and water temperature in it fell from 11 to 9 degrees. On Voronya level in a week rose from small to high. Water of 7-9 degrees.

Almost all week guests preferred to fish on Belousiha, the smaller river was fallen in love by them from last year, they already have favorite pools. Rotation this week allowed to have only one river, guests was only three. We weere fishing Voronya only 1,5 days and lost few fish there. But last year the same group had nice result on this river. Conditions was harder now.

In the first half of week fish were bit active. Very well the lower quite pools as: Stone Sack, Aquarium and Crazy Turtle. Despite a large number of a pinks which this year is a lot of, mostly Atlantics reacted on the flies. For the first three days more than ten fish on these places were landed.

Only once we came upper than Three Steps. In the Canyon it was succeeded to catch two salmon. And again from height – amusing there is a fishing if the salmon reacts to the fly – it is almost impossible to leave the pool. On Three Steps pool the first one was better, and it was impossible to take away Alfredo frome this place. He also gave a new name for the pool "Cojones pool", we still do not know what is it.

Glinka, Obkom and the Birch pool were very good this week. Several times it was necessary to stay on pools on half of day. Fish rose very often - the passion was huge, Cezar and Jesus landed few here, also some fish were lost on Glinka.

Week on Belousiha was quite interesting, it is necessary to specify that many places remained untouched – guests, not always, preferred to go far. Jesus was glad to catch any fish, he caught a lot of pinks (more than 30), brown trout and grayling, besides a salmon. Alfredo was ready only for the Atlantic salmon and short walks, as a result he landed remarkable 92 cm a salmon on the Stone Bag. Cezar caught most, but the large salmon of him was around 70 cm. Thanks to our friends for very ridiculous and kind week! And it is not always obligatory to know Spanish that it was cheerful! 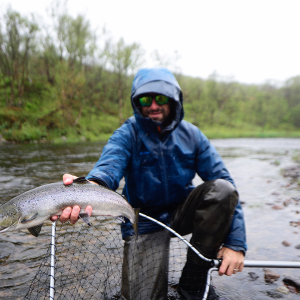 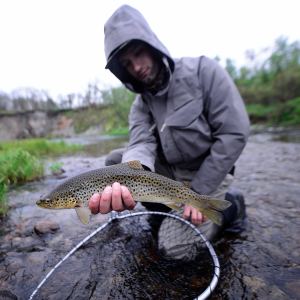 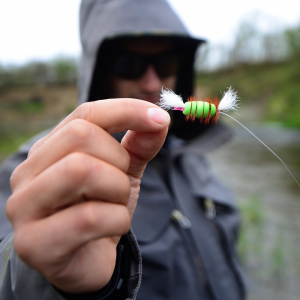 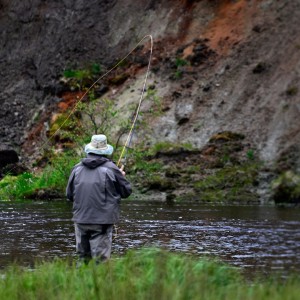 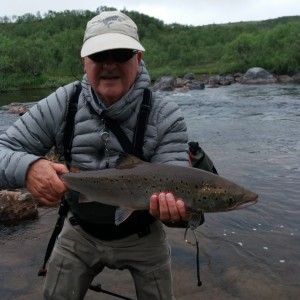 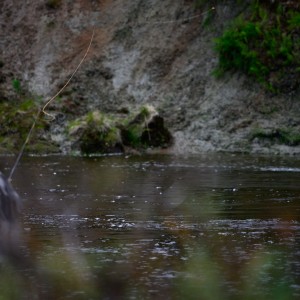 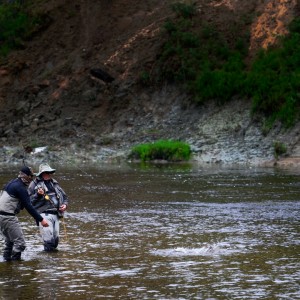 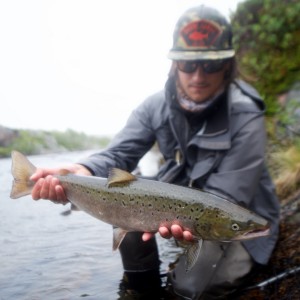