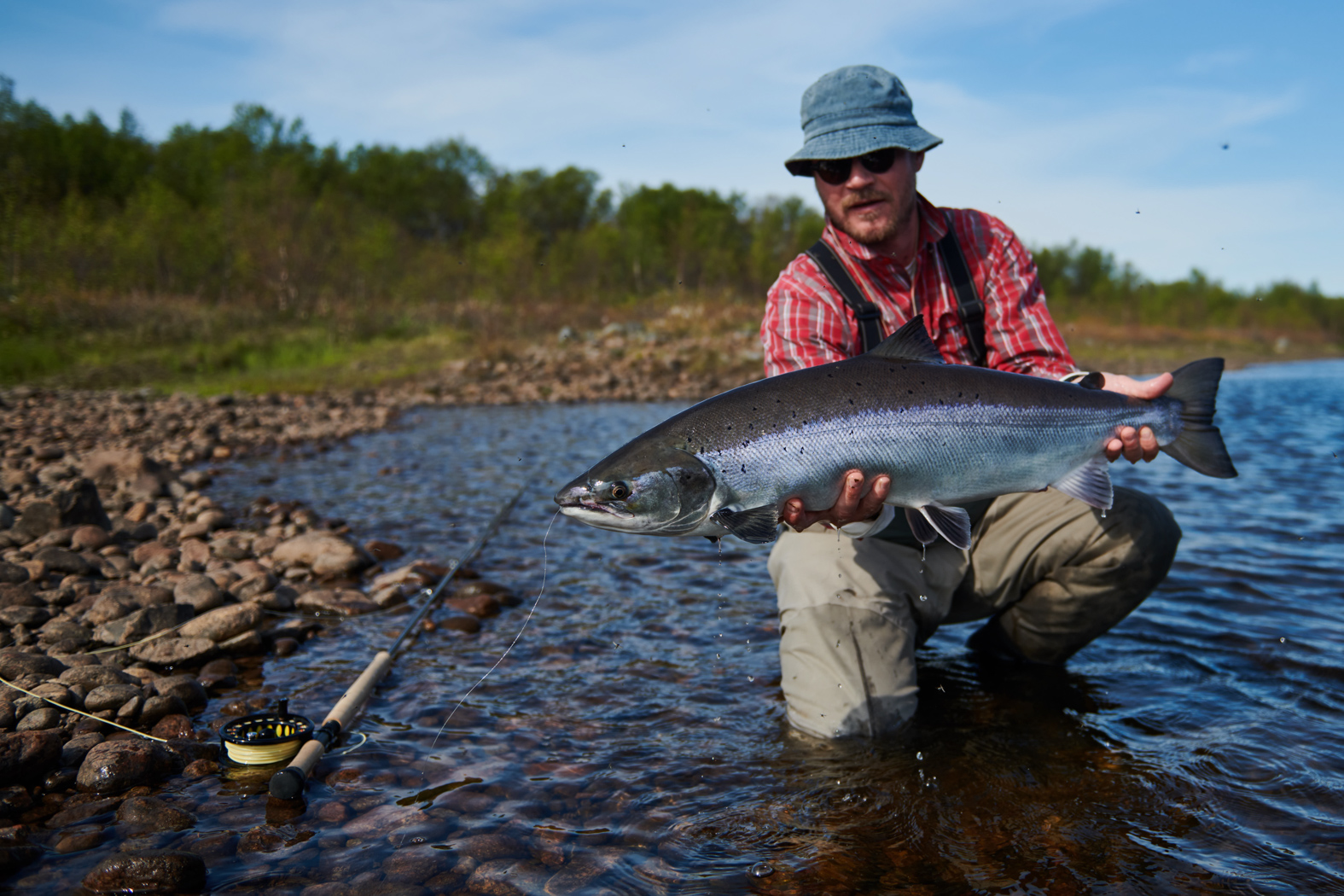 Weather the first few days was really nice. The sun was shining bright, almost no wind. At the end of the week began small rain, winds started to blow from the North. Water in Belousiha got warm up to 15 degrees. Average level. Voronya of 9-11 degrees at the beginning of a week, 7 at the end. Level fluctuated from small to high.

In spite of the fact that was hot and very sunny, fishing at the beginning of a week was quite good. The majority of pools worked at Belousiha. It is possible to allocate the First Rapid, Three Steps, Swedish Table, Two stones, the Canyon - much more fish became in an upper course. The lower part of Belousiha did not concede: Glinka, Birch and Obkom yielded daily results. Cathes were generally on Hitch, Cascade and Collie Dog. A lot of fish already in the slow pool. This year big run of pinks, but pacifics in very few numbers coming through the big rapid.

The beginning of week on Voronya was promising, a large number of fish was noticed on Tvins Run. In the same place were caught several sea-liced salmon - fish still running. By the end of the week fishing became more intense, water suddenly fell and became cold - 7 degrees, fish moved to the bottom and not often rose, and we started to find them fust fishing. Only three salmon for the last 2 days were landed, it was on Hunter pool. On Voronya worked Hitch, Sunray and Monkey.

For all anglers fishing was not bad in spite of the fact that sometimes it was difficult. Everyone caught on several fishes, there were very annoying losts of big salmon on Voronya. Piam will return to us in September. We hope he will update the record on Voronya and Belousiha. We wait for all anglers in the next seasons!!!!! 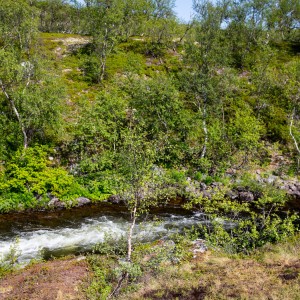 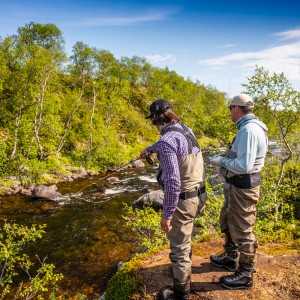 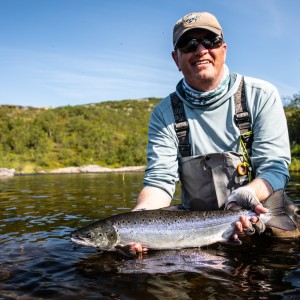 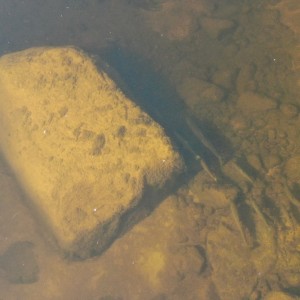 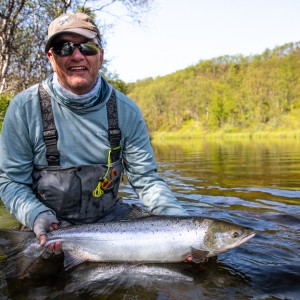 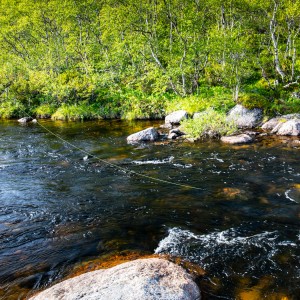 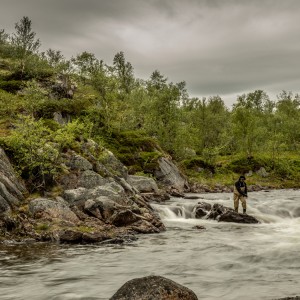 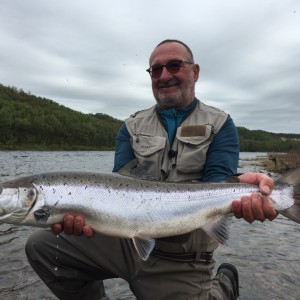 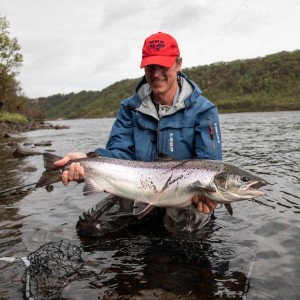