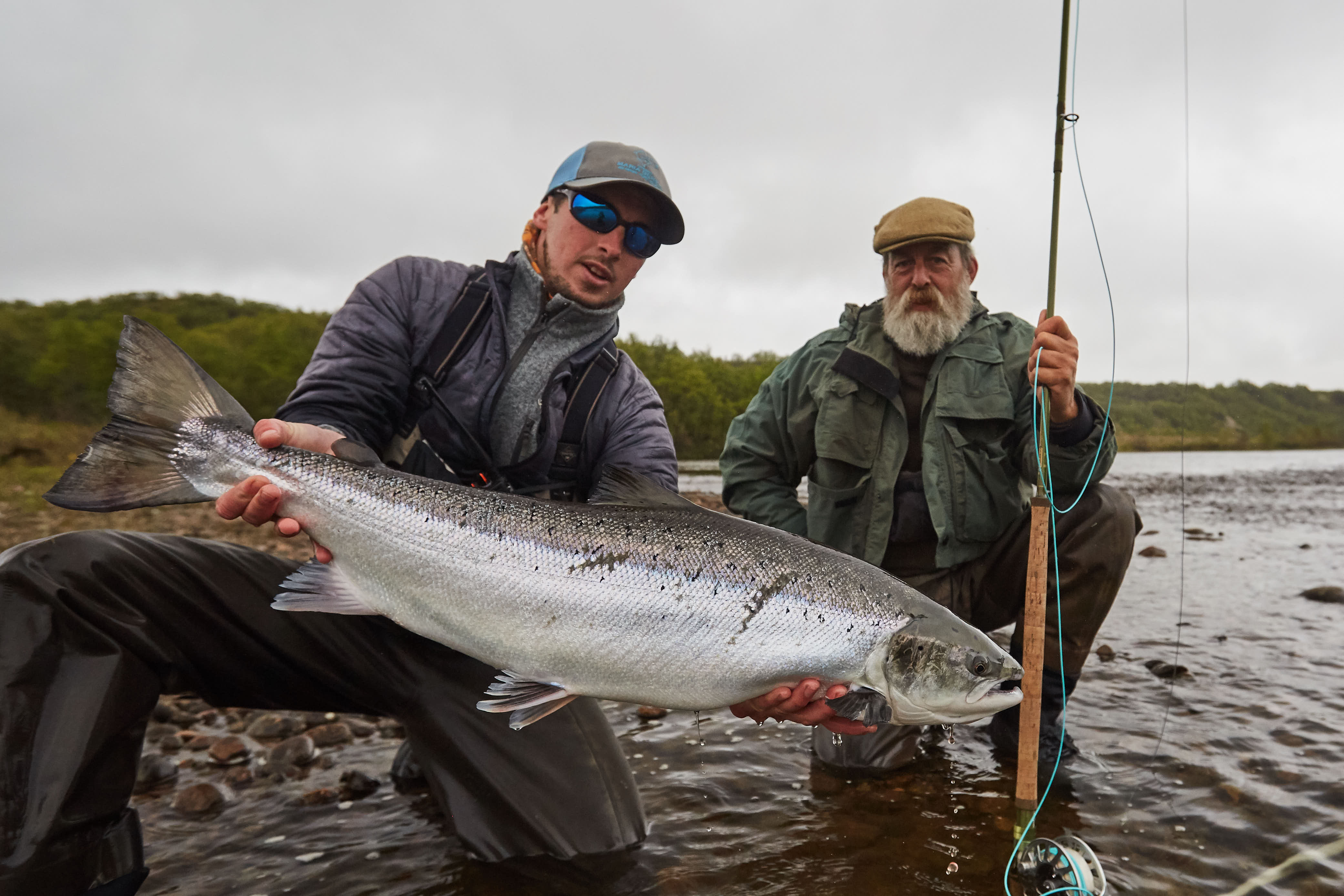 Middle of July. Belousiha River Lodge are welcomed the old friends from England: John P and John C, Anthony, Colin, Victor, Andrew, Hiroshi (from Japan) and also two Peters, which at us for the first time.

The beginning of week was cloudy and rainy. Just before arrival of guests was heavy rain. As a result, during a day Belousiha rose by 15 cm and its level became slightly higher than an average, but within a week fell again. Temperature is 11-13 degrees. Water in Voronya by the end of the week got warm from 7 to 10 degrees. Level is stable - average.

Fishing on both rivers differed. On Belousiha was stable. Fish active, fresh, was caught every day sea-liced. On Voronya fishing went much heavier. The salmon took flies not willingly. Sometimes to get salmon we had to to work hard. All fish on Voronya are caught on the lower island, on top there were several losts. Sunray shadow, Green but, Collie dog worked better than others flies.

After a rain on a high water on Belousiha salmon went up, Golden pool, Two stones, Swedish Table and Tube very well worked. But the down part of the river also worked well. Both Glinka's, the Birch and Obkom were stable. Nothing new: Stoat tail, Golden Willigun, Cascade. Top flies of the week.

Andrew spent two last days in search of a brown trout on Belousiha. It was very needed to get great shot for the article in the magazine. The editor spent both days to a riverhead, in remote "sleeves". It was succeeded to catch about 30 trout. Also we surprised when atlantic salmon took twice the tiny dry fly. The second take was successfully put to the landing net by himself.

Week rushed quickly. Fishing was interesting. Everybody caught a fish. Someone caught more, than expected. Hiroshi epic put the 79 cm fish to the Guido's landing net in Canyon from height of 9 meters. John not without effort parked in the last day 17 pounds’ salmon on a rod of the 7th class. Several excellent salmon on Voronya were caught. A lot of interesting stories and the improbable atmosphere at a table. We wait for all of you next year!

87 cm the Atlantic salmon caught on single-hand rod #7 on Cascade fly on the river Belousiha.

92 cm the Atlantic salmon caught on spey rod #9 on Black and orange fly on the river Voronya. 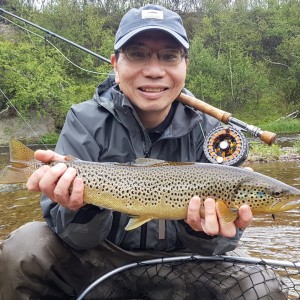 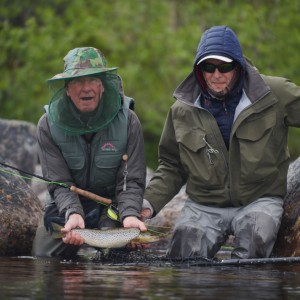 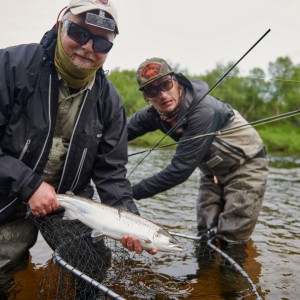 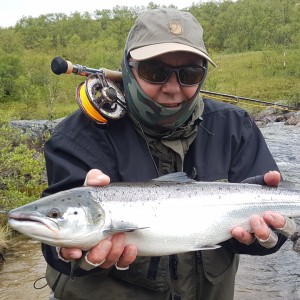 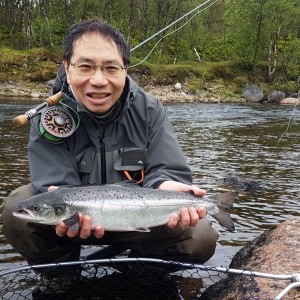 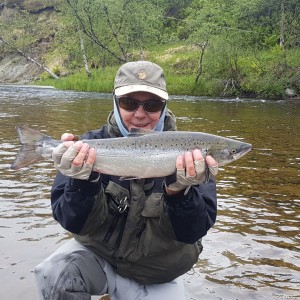 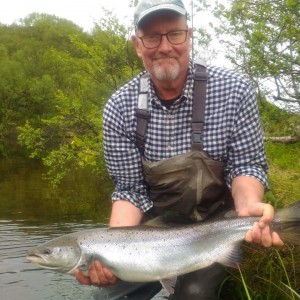 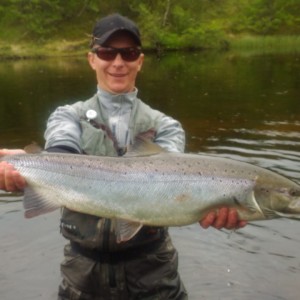 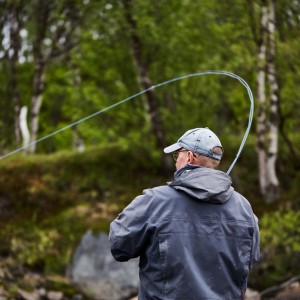 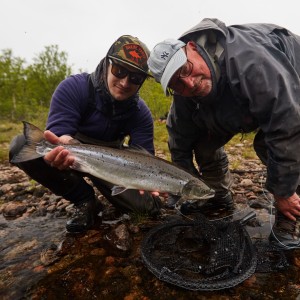 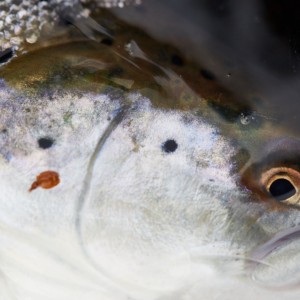 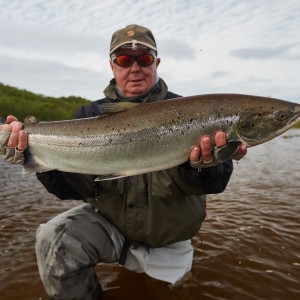 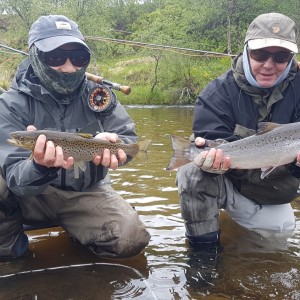