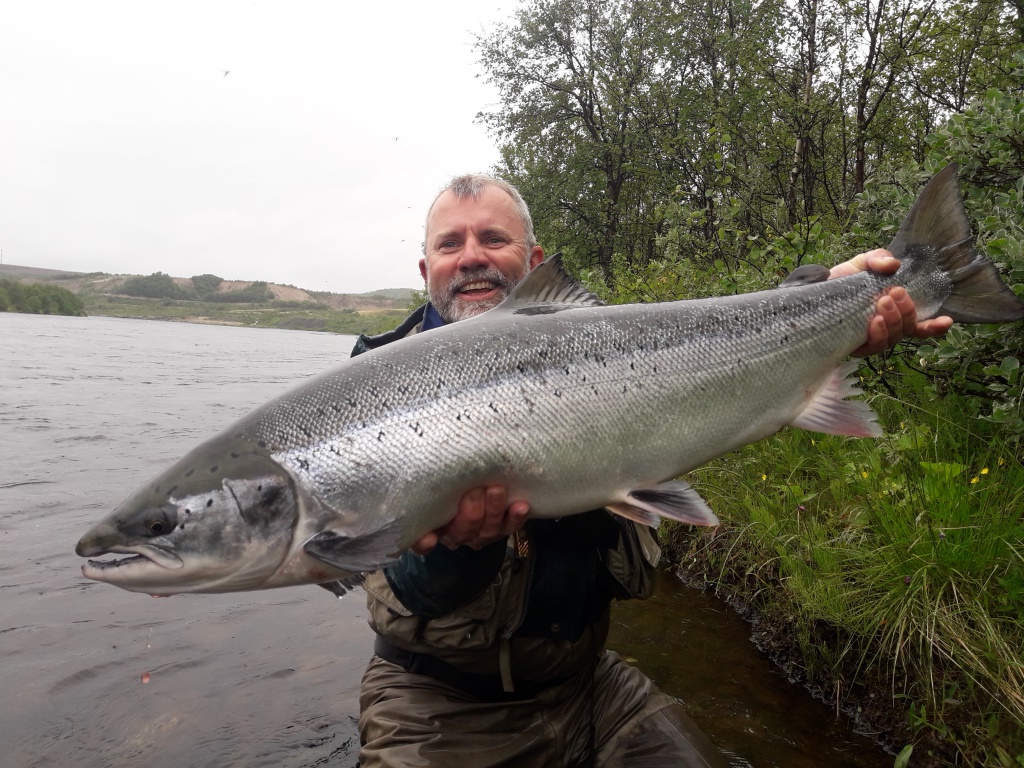 Third year in the raw the first week of July is booked by the fly fishing team from Italy, Denmark and Iceland. The rivers Belousiha and Voronya meet old friends: Giovanni, Morten, Peter, Lasse, Magnus, Andrea and also Carlo and Ottavio which first time came to the northern rivers of the Kola Peninsula.

The weather forecast promised cloudy and rainy days but forecasters misfired as the week was sunny and hot. Temperature of the air rose till the 22 degrees. But to be fair one day was really chilly and rainy. Wind blew mostly from the north. Sometimes water was 18 degrees on the Belousiha and the level dropped on 15 cm during the week. The Voronya finally warmed till 10 degrees and couple times the level was close to the minimum.

On the Belousiha easy to see that fish coming. Many grilse with sea-lice. On the Voronya salmon also coming every day. Many salmon caught were with sea lice. But numbers of fish is far of normal. The salmon rising mostly on the lower pools but more active in upper part.

On the Belousiha mostly fished Italians, they like small river with different options for fishing. They no needed to find the salmon as fish rose in each pool, but was not active in the sunny days and often ignore flies.

Best flies were Undertaker, Stoat Tail and Cascade. The best pools are Glinka, Three Steps and Swedish Table. There were half grilse and half salmon over 70 cm.

On the Voronya two-three fish per day. In Wednesday got six. There were some grilse but mostly fish were 75-90 cm with 93, 96 and 97 cm salmon. As in the beginning of last season best pools were Beach and Antennas. The fly CasMonkey in the top. We surprised not many fish caught on the Twins run because fish rising there more than upper part.

Comparing with previous seasons fishing was tough this year in the first week of July. Weather changes many things. In the rainy days fish were really active and reacted on many flies .

Anyway fishing was done. Each angler caught three or more fish. Morten did not go out of the Voronya and was gifted two nice salmon. Also were couple losses with the hint on the fish 100+.

97 cm Atlantic salmon caught on the spey #7 rod on the river Voronya on the fly CasMonkey. 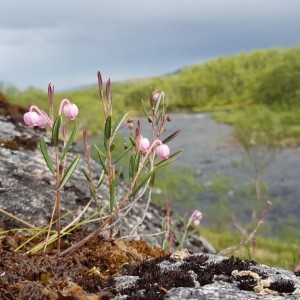 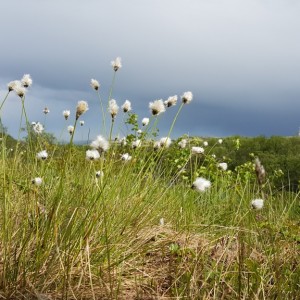 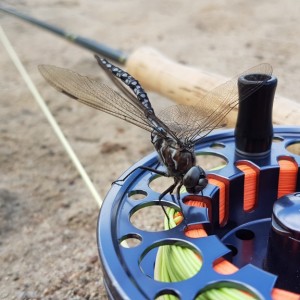 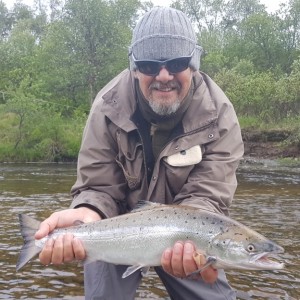 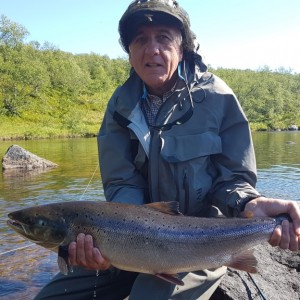 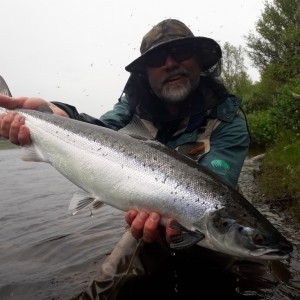 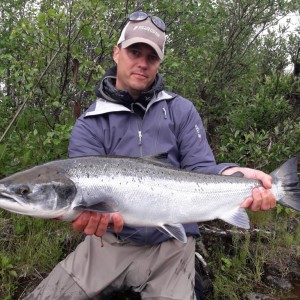 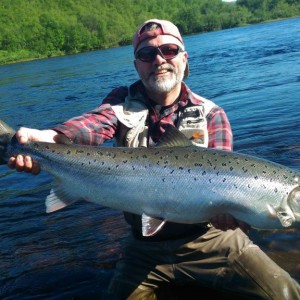