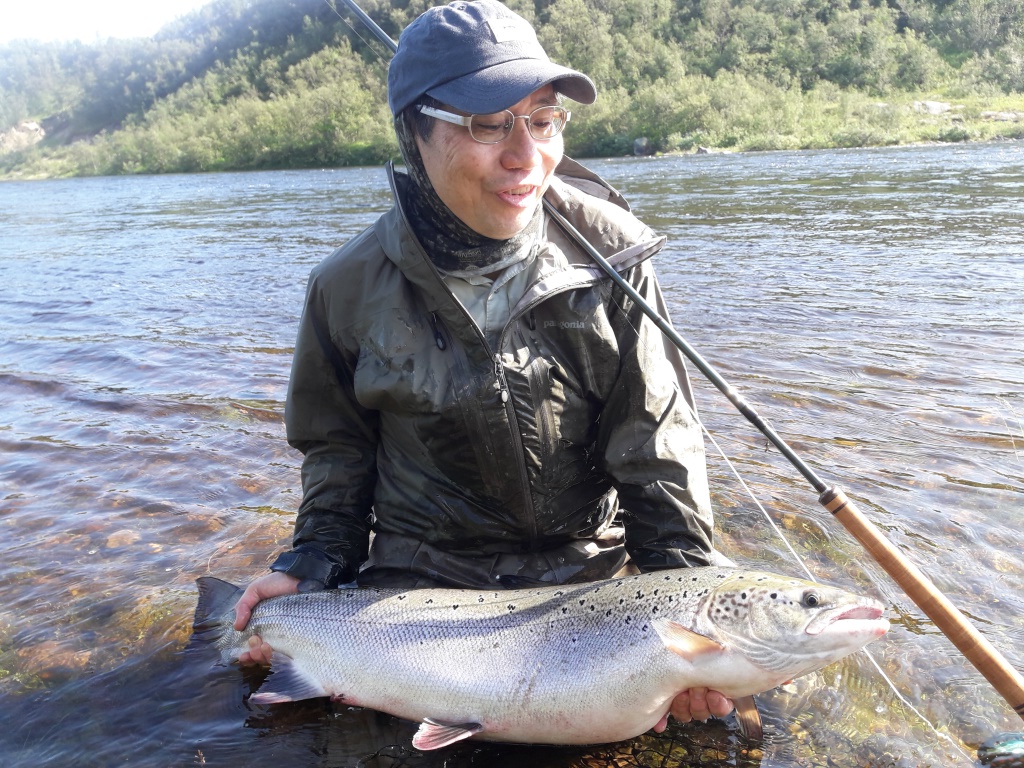 We already forgot which week in the raw we have hot and sunny at this moment. Our staff again worn in shorts and sunglasses welcomed two Japanese Hiroshi and Yukihiro, English Collin and Victor, American Greg and Alexander from Saint-Petersburg. All of them except American journalist already not first time came fishing to lodge.

Belousiha kept drying. Anyway water temperature fallen during a week from 23 to 17 degrees. Voronya again surprised our guests how easy during dozen minutes could rise and drop 1 meter of the water. Water was around 19 degrees all week. Four days were really hot till 30 degrees with south winds. Last two days brought us chill, rain, thunderstorm and hope. And yes, on Thursday midday after morning rain and thunder, when left only tender breeze fishing really begun to be not bad. But we had only couple hors left.

To be honest, 5 days fishing was very difficult. In spite of we saw a lot of fish on the river Belousiha, all of the salmon were very apathy for flies.

On the river Voronya fishing was a bit better. In the first morning Hiroshi landed very nice 94 cm Atlantic salmon on the Beach pool and gave the drive and hope for all of the fishermen. We had action not everywhere. For example Sergey’s corner which was top pool of the second part of summer in the last year did not give us any pool two first days this week. That’s why we decided to fish only three best pools rest of the week: Beach, Twins and Upper Island. We had many bites, some really disappointment losses and 10 fish landed in total. It was no way to experiment with the flies that why the best were Monkey, Cascade and Snelda.

In conclusion don’t want but need to say that this week was the hardest during last five years. But because the efforts and persistence of the anglers we got some fish. Also we happy to congratulate Greg with his first Atlantic salmon.

94 cm Atlantic salmon caught on the spey rod #9 on the fly Snelda on the river Voronya. 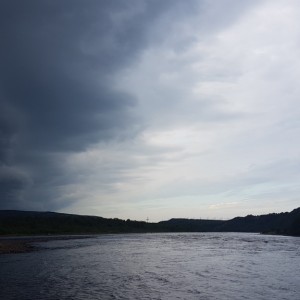 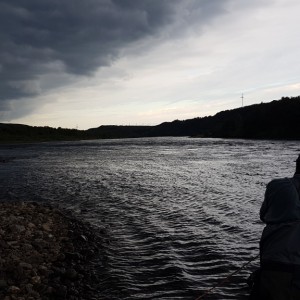 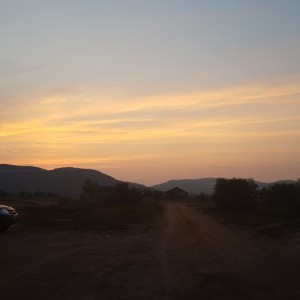 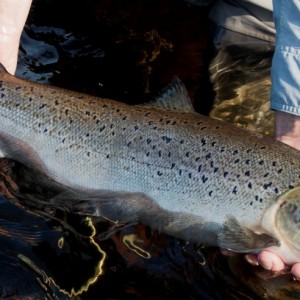 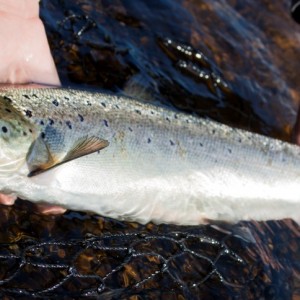 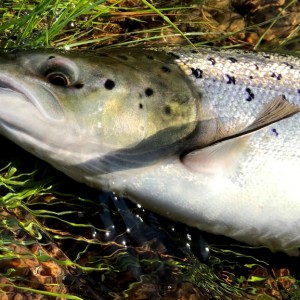 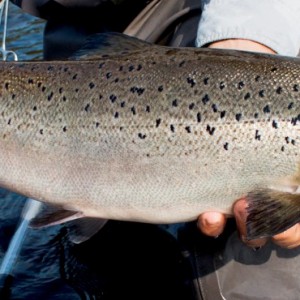