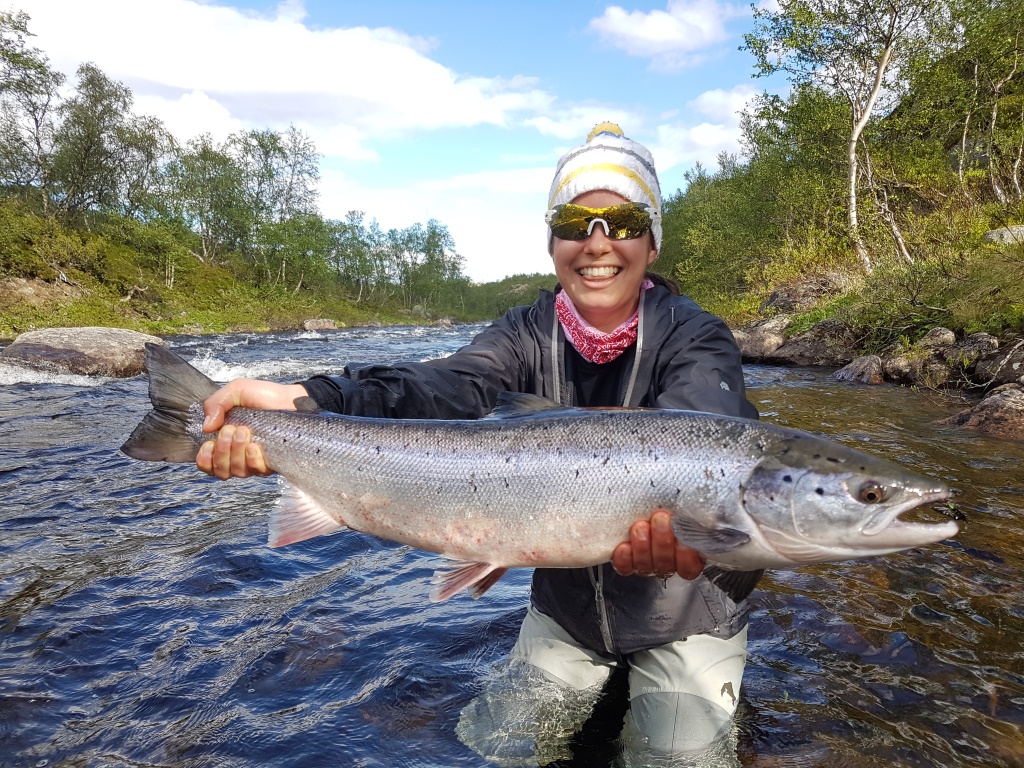 The weather was nice. Mostly sunny days with temperature till 22 degrees. But three days blew very fast wind till the midday and disturbed the anglers to cast good. The level of water keep dropping on the Belousiha. The water temperature rose till 16 C.
On the Voronya all steadily. Level is middle. Water 8-9 degrees.

The anglers fished both rivers. Fish were more active as a rule mostly on cloudy days. Three days was very hard wind during morning. But each day after wind dropped fish started to bite.

Scott, Hailey and John caught just five fish from 70 to 79 cm. Important to notice that first atlantic salmon for Hailey was not very easy trophy. She run for this salmon couple of hundred meters on the rapids with five weight rod in her hands.

Kenji is one of the famous fly fishers in Japan all days spent in front of the cameras talking about fishing on our rivers. Two days were unlucky. Few losses. But on the third day the crew filmed all what they need on the river Belousiha. Spending all day on the Three Steps he caught 4 fish. Biggest 83 cm.

Yutaro, Keysuke, Hiroshi and Masa caught 12 fish on this week on the Belouisha with the average size of 70-75 cm. They used switch rods with the power heads designed by them “K-bullet”. Very good and long cast. Easy to reach each place.
On the river Voronya also fishing was tough. During two days only three fish 81,93 and 102 cm landed from 11 chances. Fish requires sinking tips and does not want to take each fly. Only Snelda this week.
On the river Belousiha best flies were Green Butt and Ally’s Shrimp.

Besides excites the week was tough. Probably the weather influent on the fishing. But anyway each caught more than one salmon. For Scott and Hailey there we're first Atlantics. For Keysuke the biggest.

Hooked but not landed: 23 Atlantic salmon

83 cm Atlantic salmon caught by switch rod #7 on the fly Green Butt on the river Belousiha.

102 cm Atlantic salmon caught by spey rod #7 on the fly Snelda on the river Voronya. 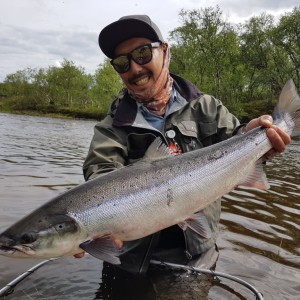 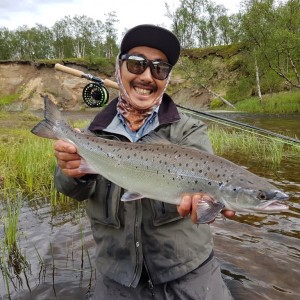 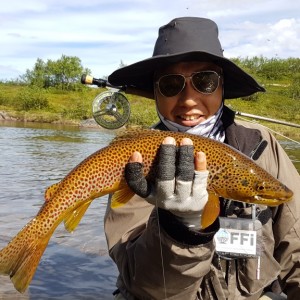 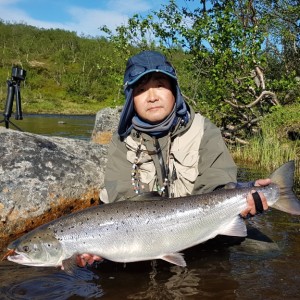 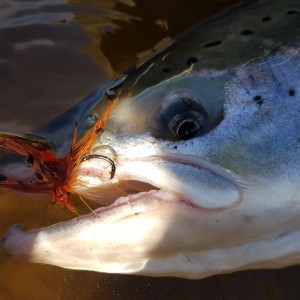 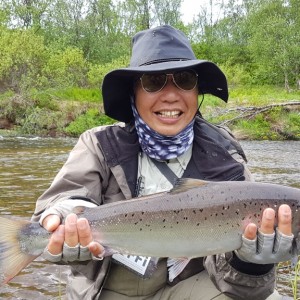 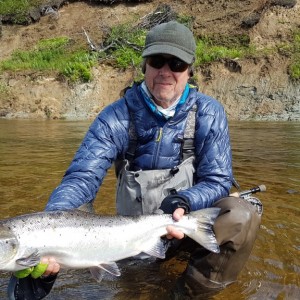 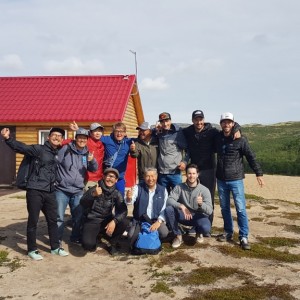 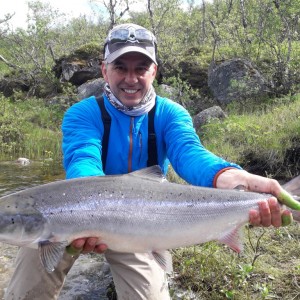 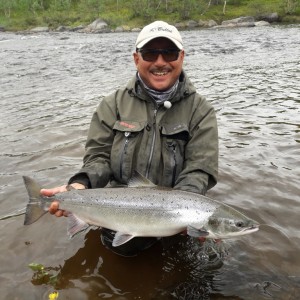 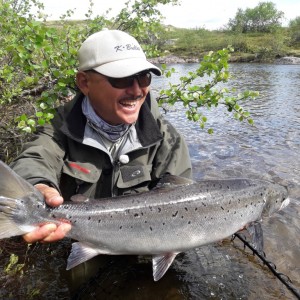 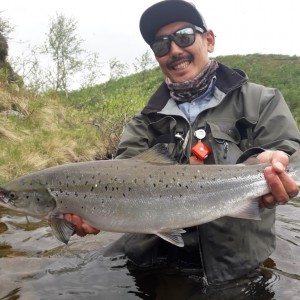 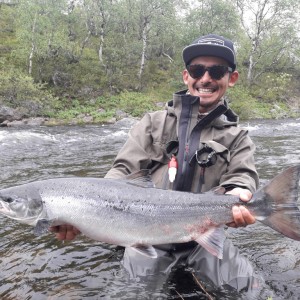