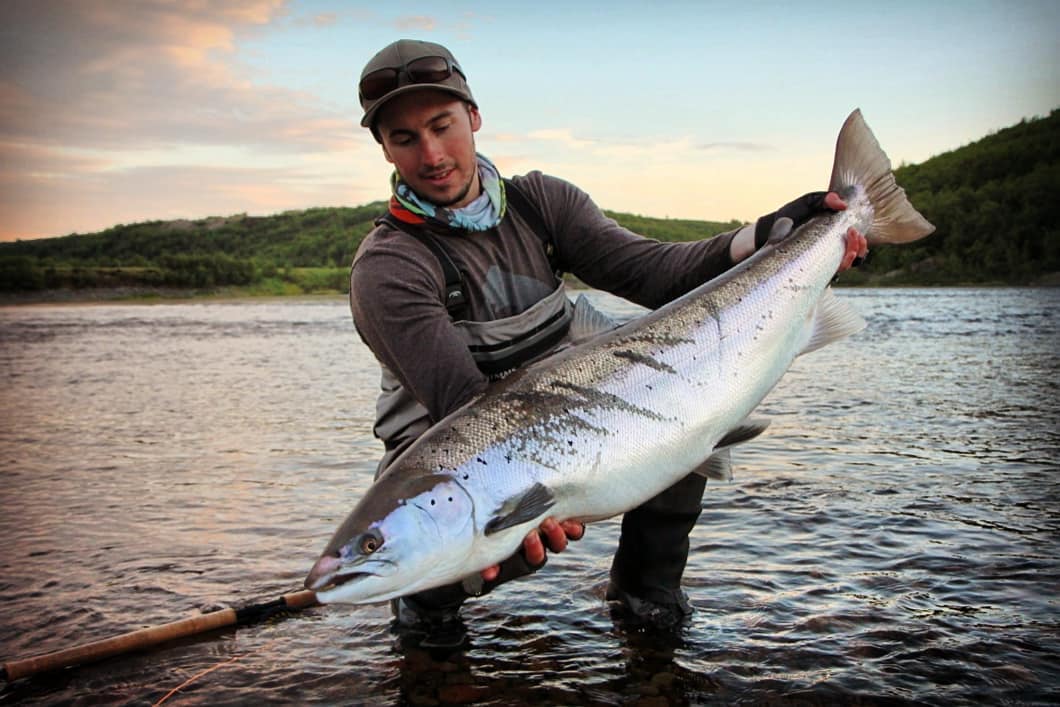 Weather during a week was beautiful: four solar truly summer days with a temperature up to 22 degrees, two cloudy days, but without nasty rains and drizzle.

Water level in the rivers average. Belousiha not demanded heavy flies, and the water which is warmed up to 13-14 degrees allows to catch on bombers. On Voronya level not exceed average, but water still cold - 7 degrees.

Atlantic salmon already coming to the rivers. During two days we were finding the fresh salmon on the river Belousiha. But around end of the week guides no needed to explain guests where are the fish because salmon risen almost each pool.

Chet with his friend John aka JC landed 9 atlantics. JC caught in the first day four 63, 69,80 and 95 cm on Glinka pool. During the week he also caught another two 70 and 80 cm on Three Steps. Most worked fly was Golden Killer.

Chet fished only dry fly. It was quite interesting to watch. First trophy was landed after 3 days and 9 losses. But in total we landed three: 72, 75, 79 cm. Three Steps again showed they are perfect for dry fly fishng. Especially upper part.

13 atlantics were landed by Penny, John and Reed. Stoat Tail and Frances did the best. Average size of fish 70 – 85 cm, biggest 94 cm. Almost each pool gave us an action, but Swedish Table, Glinka and Glinka 2 were the top.

On the Voronya we started the season with three beautiful salmon also. 92, 97, 99 cm atlantics were landed by Guido the guide and Alex whose caught the first fresh salmon on both rivers this season. On the river Voronya Frances-Snelda helped them to catch these monsters.

Usually the first week is unpredictable for fishing, as we can’t change the schedule of Atlantic Slamon run and the date of its returning home, but looks like our salmon are happy to come back to the native water.

For the first week it is quite good result! Each angler caught more than one fish. Also worth to notice they caught around dozen sea-trout nearly 1-1,5 kilo.

Hooked but not landed: 21 Atlantic salmon

99 cm Atlantic salmon caught by spey rod #9 on the fly Frances-Snelda on the river Voronya. 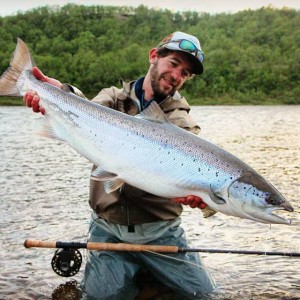 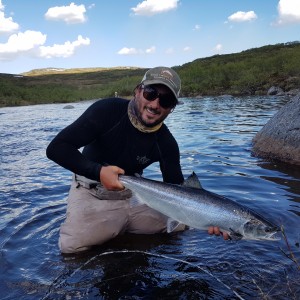 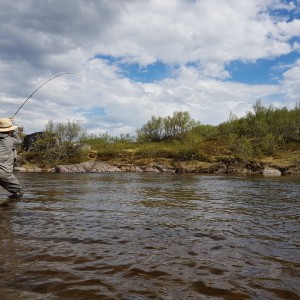 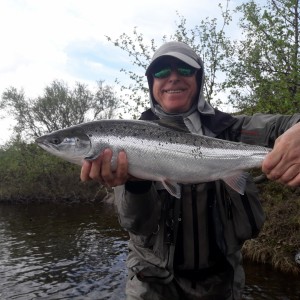 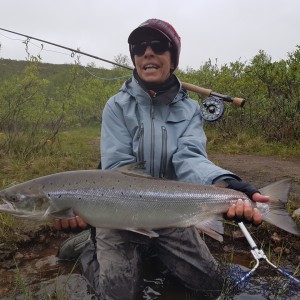 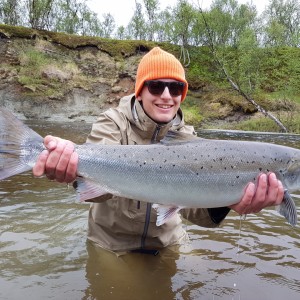 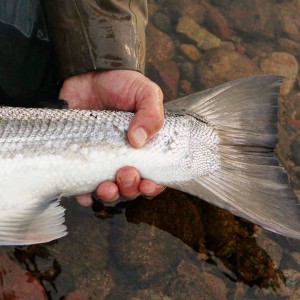 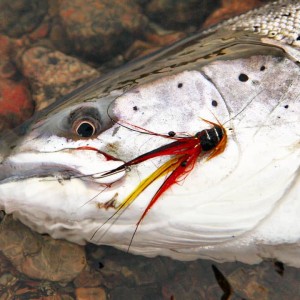 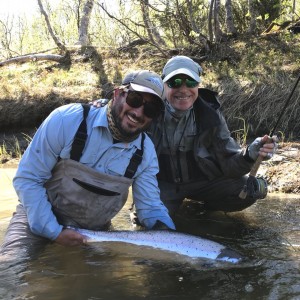 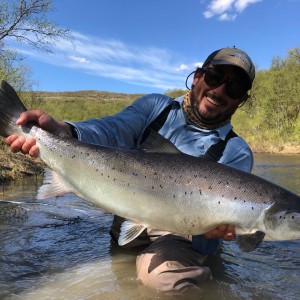