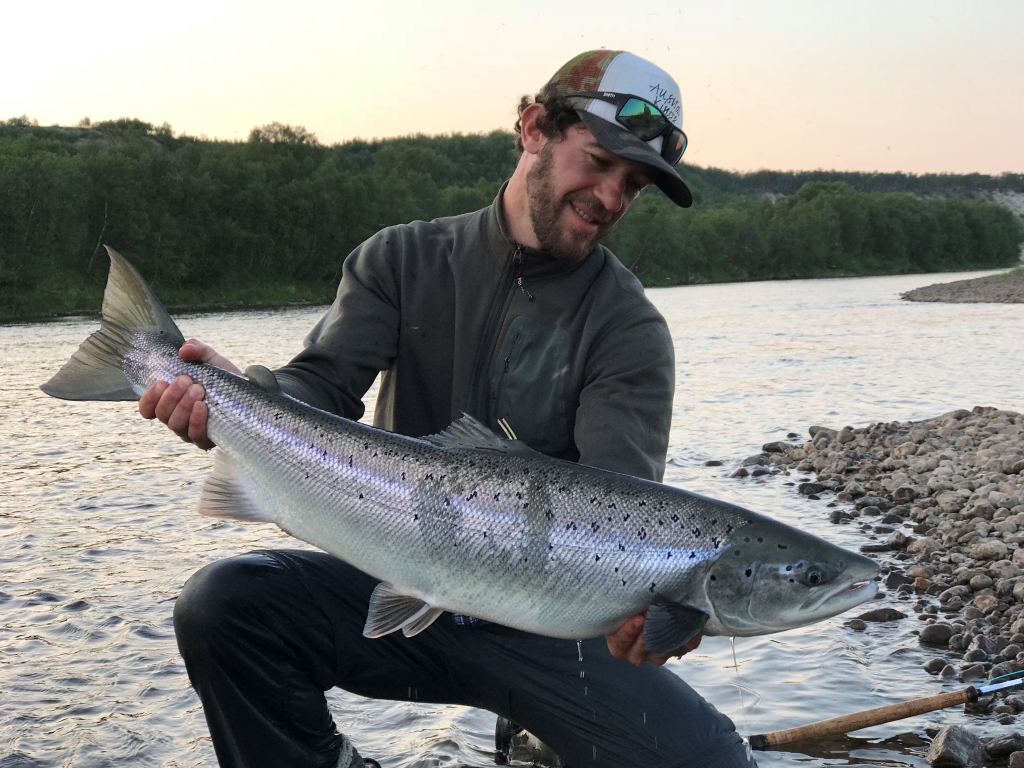 The weather is driving crazy. The air heating every day more and more. At the end of the week was 31 C. The water in the rivers still boiling: Belousiha till 22, Voronya till 16. The level of Belousiha is like in the August two years ago when also was hot season. On Voronya water very low. Winds blew mostly from South and East. It would be unreal hot without them.

Fishing was hard. First three days fishing on Belousiha was quite good for this hot weather – anglers caught 11 fish. Atlantic salmon mostly took hitches, Undertakers and Golden Killers on small hooks. Two Stones, Golden Pool, Three Steps and Glinka gifted us7 grilse and 4 Atlantics 69,70,72 and 84 cm. On the fourth day water became 22 degrees and fish almost stop be interested to the flies. That’s why we decided to not disturb the small river.

The week was very hot and hard for fishing. We do not remember any week when with so big numbers of jumping everywhere fish we had so few action. We tried many different things, weird flies and unusual swimming of them. Something of that was good but not the decision. Everybody caught his Atlantic Salmon. The reason of this anglers hard job because for many of them who lives so far it was first Atlantic salmon.

Hooked but not landed: 20 Atlantic salmon

84 cm Atlantic salmon caught by rod #6 on the fly Cascade on the river Belousiha.

94 cm Atlantic salmon caught by spey rod #9 on the fly Snelda on the river Voronya. 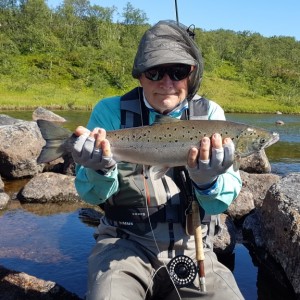 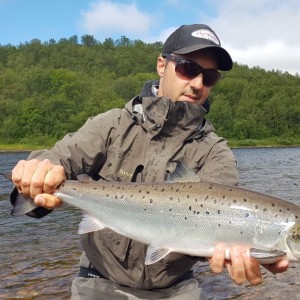 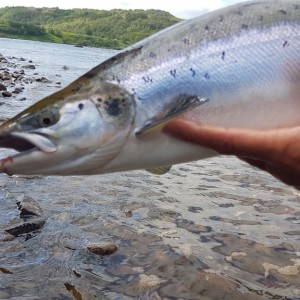 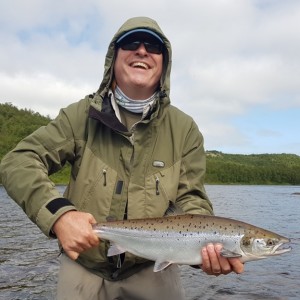 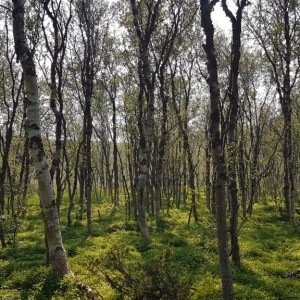 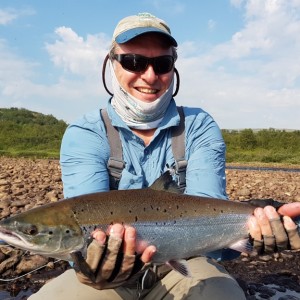 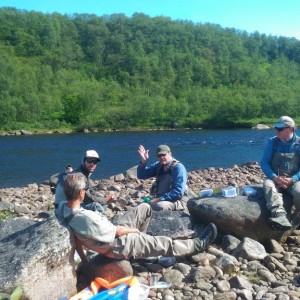 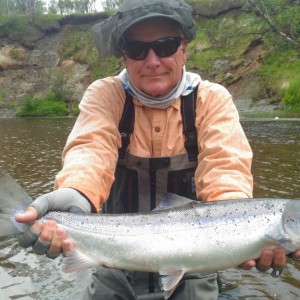 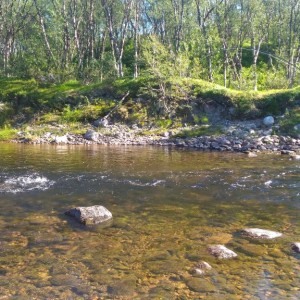