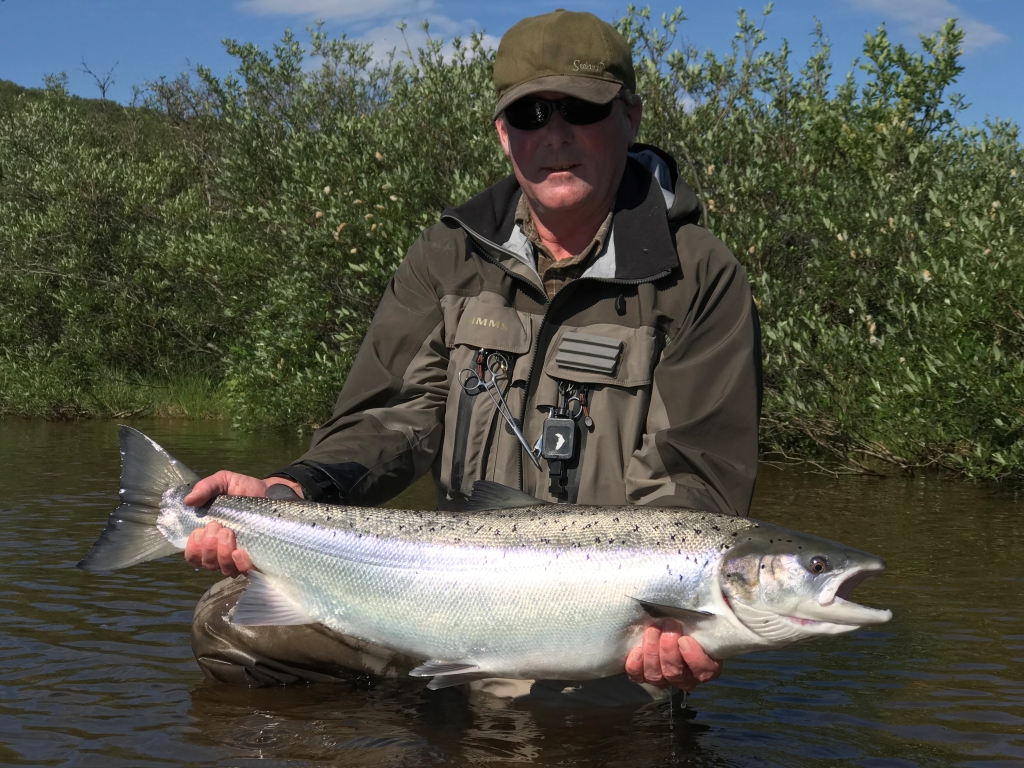 The second week of July. Belousiha River Lodge are welcomed 8 guests: 2 Hugh’s, Paul and Frank from UK and Bruce, David, Phil and Gary from USA. The weather did not change. Whole week sunny, almost without clouds and no drops. Wind blew mostly from the North. On the Belouisha river water keeps dropping and heating. Till 19 degrees in midday. On the River Voronya sometimes level dropped till the low but mostly keeps average. Temperature of the water was 12-13 degrees.

Each day on the Belousiha were results. Guests did not catch less than 5 fish 5 days from 6. They used only summer flies. Undertaker, Stoat Tail, Ake and Cascade were the top. Sometimes fish attacked the hitch.

Better fishing was on the upper part of the river especially on Tube, Swedish Table and Three Steps. Downstream finally began to work Obkom. Few fish every day caught on Glinka. Second Glinka and Birch are full of fish but not so many action there.

In spite of the hot weather couple of days fish were quite active especially on the morning. Mostly guests caught grilse, sea-lice also, more than 10 fish were over 65 cm.

On the river Voronya were spent couple days. Fishing was hard. Just five fish were landed from 11 chances. Two fish caught by Hugh were 96 and 92 cm. On the Upper Beach and Sergey’s Corner on the flies Cascade and Sunray shadow.

this week was quite good fishing for this weather conditions. Belousiha always offered a lot of fish. Mostly it were grilse but it is really cool to land this fish on 3-5 weight rod. On the river Voronya were chances to catch big fish but lucky were two.

Hooked but not landed: 29 Atlantic salmon

79 cm Atlantic salmon caught by rod #7 on the fly Undertaker on the river Belousiha.

96 cm Atlantic salmon caught by spey rod #9 on the fly Sunray Shadow on the river Voronya. 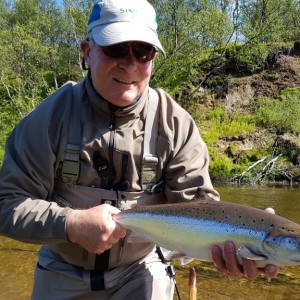 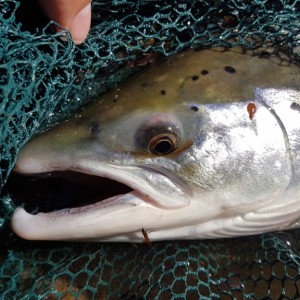 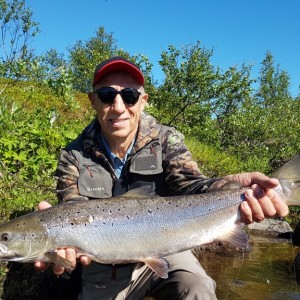 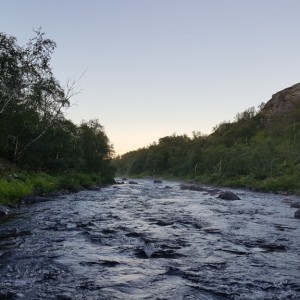 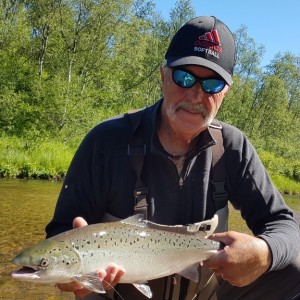 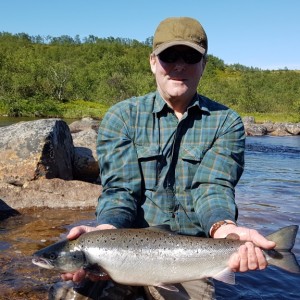 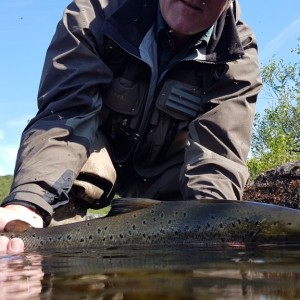 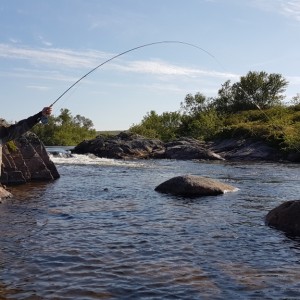 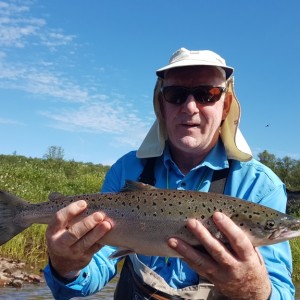 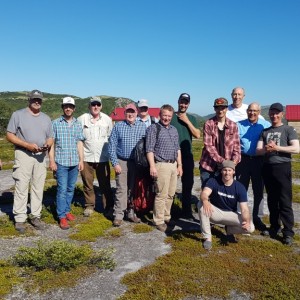 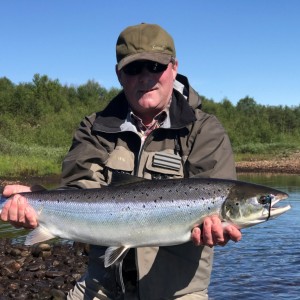 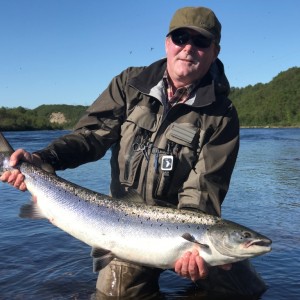 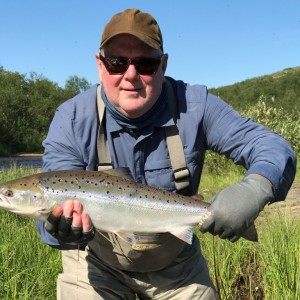 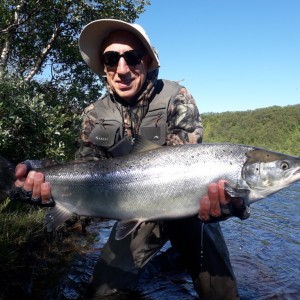 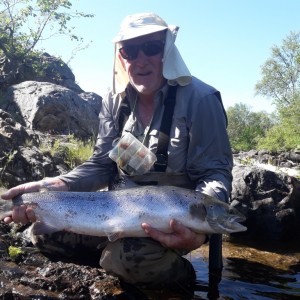