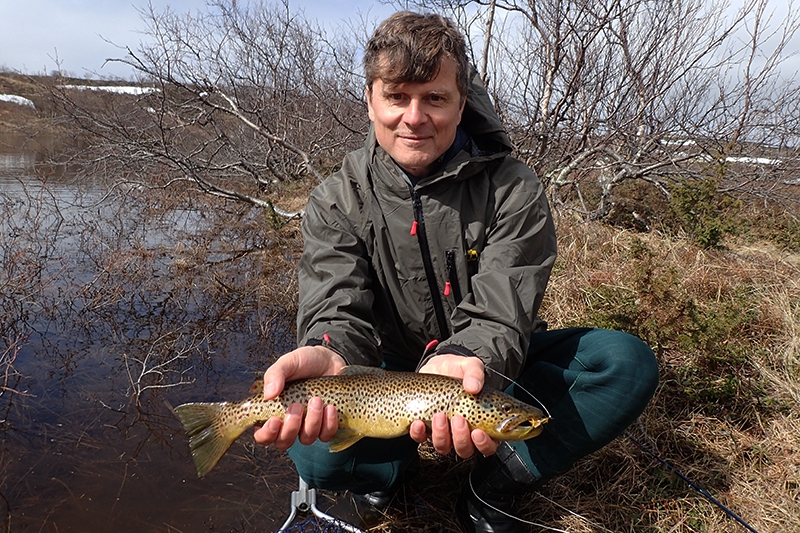 The opening of the fishing season on the river Belousiha in 2017 was scheduled for June 24, a whole two weeks later than the traditional start time. The reason for this shift is known to all lovers of salmon fishing on the Kola - an unusually cold summer. According to meteorologists this summer, which changed the plans of many salmon anglers from around the world, for the first time in 85 years. The weather was very similar to the beginning of May, which confused not only the fish, but also those keen to pursue it. On the trees there receded buds,  whilst last year's grass, revealed no hint of spring greens. Winds blew from the north, sometimes drizzle and wet snow, the air temperature varied mainly from 5 at night and to 12 degrees in the daytime. Two days were still sunny, and the air warmed to 16 degrees. The water level is above the norm by 30 centimeters, you can get to the opposite bank only by boat. During the week the water warmed from 4 to 9 degrees.

The first guests were the Englishman Patrick and the German Bernd. Two enthusiasts first came to fishing, and immediately to the salmon, without the skills of fly fishing. Well, it's not an easy task for guides.

The first day. After having installed the initial basics of fly fishing, Bernd and Patrick went to the river. From the first cast, Bernd landed an amazing River Brown at 54 cm. During the day, several kelts and one sea trout managed to land on the home pool. All the fish are landed on the yellow Ally's Shrimp.

Day two turned out to be more productive. All kelts. But to an absolute beginner, a Kelt is an amazing sight. Again on the home pool, as well as one from the pool known as Obkom, seven Celts landed on the yellow Ally's Shrimp. Very much Bernd’s day, with six falling to his fly.

The third day finally brought us the long-awaited results! The first silver, sea run Atlantic salmon, its size is 62 cm. Always a special fish for the Belousiha River Lodge. The significance of it, perhaps not being fully understood by its captor. Obviously, the fish passing let low, but powerful waterfalls look for a place to rest in the nearest convenient pits. The next salmon came even closer to the waterfall on Cascade, the size of 59 cm.

On the fourth day the fishermen went to the upper parts of the river. Some pools on narrow sections of the river remain inaccessible to fishing - the current is still powerful. Above the first threshold in deep water is a flock of salmon. I had to work hard to get 84 cm of salmon from this hole. Again Cascade.

The sixth day. On Glinka, 74 cm of salmon landed on the Cascade. There also landed the first Pacific salmon and the test trout.

Hooked but not landed: 6 Atlantic Salmon. 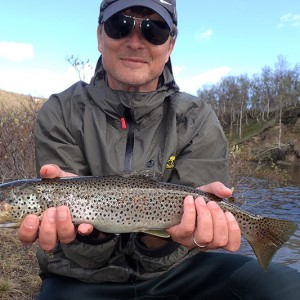 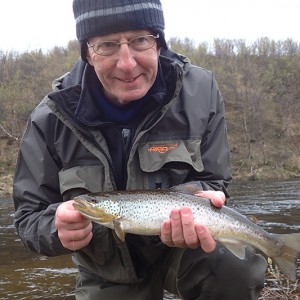 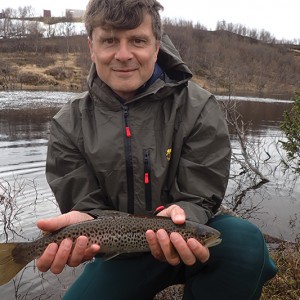 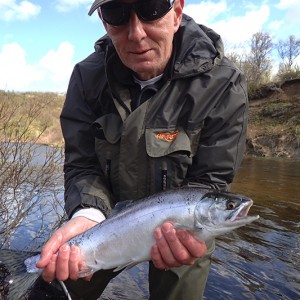 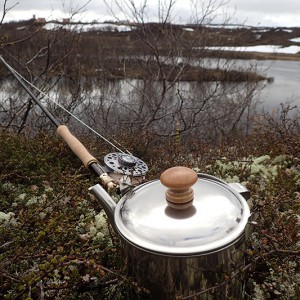 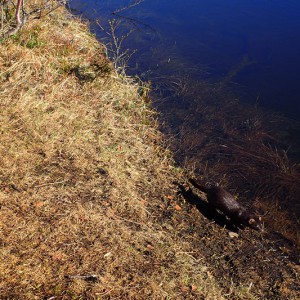 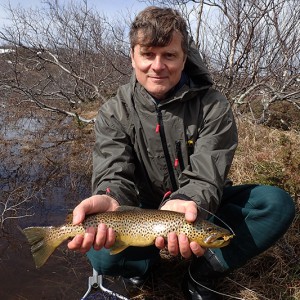