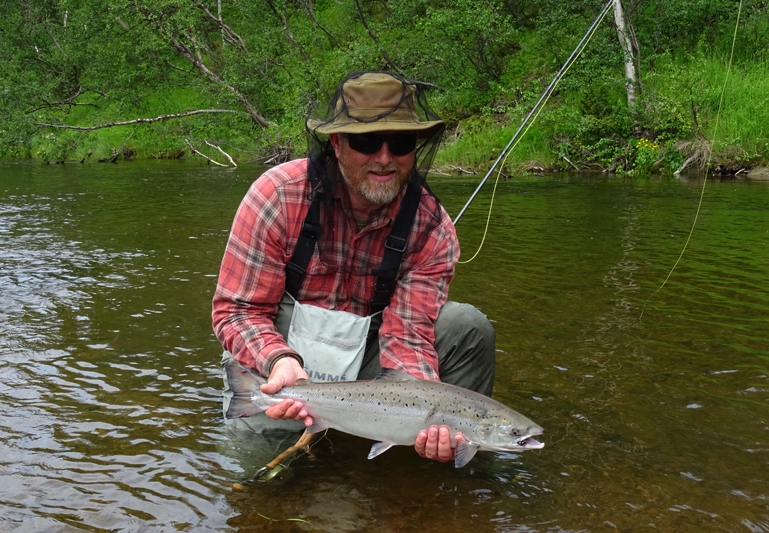 This week we received guests from Germany (Gerhard), English journalist Andrew and his old friends John, Steven and Gordon, alongside Russian angling superstar Dmitry Drozdov. Weather, frankly, was not conducive to good fishing. Air temperature at night did not drop below 16 degrees, and during the day reached 26 degrees. This helped raise the water temperature in the river 17 degrees Celsius – a big jump and the warmest so far this year. Winds were mostly southerlies. The water level continued to fall quickly - dropping 2 cm per day on the water guage.

The first day of fishing with a dazzling sun and heat of southern practically has not brought any significant results: two caught Grilse of 55 and 60 cm on the lower section of the river. Successful patterns were a Green Highlander fished in the pool  "Glinka II" and a Black Frances on the "Obkom". Gerhard and Stephen being the lucky anglers

The second day, weather wise a mirror to the first with the same sun and heat. Andrew on "Glinka II” landed his first salmon on the Kola Peninsula, a 62 cm male fish, using the fly “Stoat Tail”. After landing this fish, further fish continued to reveal their presence, suggesting an active run of fish entering the river, so he continued to fish it with some success, a further two fish hooked, but sadly both made good their escape. Meanwhile, on pool "Three steps" Dmitry showed his excellent knowledge of the river to the full, and landed two Grilse of 61 and 63cm, both falling to the fly “Red Butt”.

The third day brought a much better result, with no less than five fish landed along the river. In the morning Dimitry fishing "Three steps" took a grilse of 52 cm/ Later in the evening on the same pool Steven and Gordon caught three salmon:. Two Grilse of 61 cm each, on flies Green Highlander and Irish Shrimp, respectively, and a cracking female fish of 81 cm long fly-Irish Shrimp again proving to be a very useful fly. John also opened his account, hooking and landing a fish at the pool "Obkom". This fish of 64 cm took a Fly “Rubber Legs” which is a pattern made popular in the Patagonia fisheries. Gerhard went to catch grayling, a passion of his, on the dry fly. Warm weather and no wind helped him catch around thirty fish on very tiny dry flies, proving his expertise in this field, and making him very happy indeed.

Weather now an issue. In many pools are clearly visible good shoals of salmon. Bright sunshine and exceptional water clarity in Belousiha allowing our guests and guides to watch as salmon ignored endless flies fished amongst them. And yet, three fishing days enough have been on the rise, to hold the enthusiasm and excitement of the participants.

Record of the week - 81 cm Atlantic salmon which was landed on rod class # 9  to the Fly Irish Shrimp. 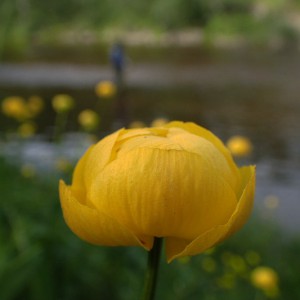 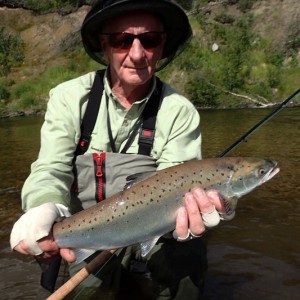 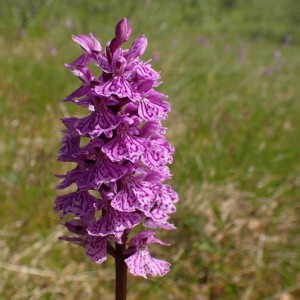 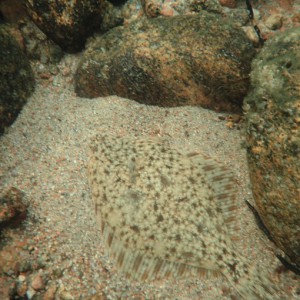 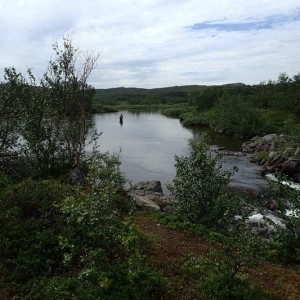 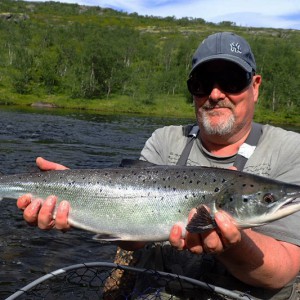 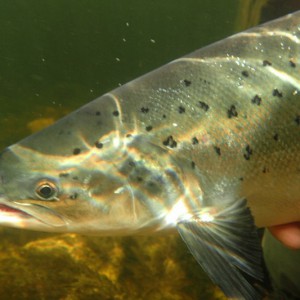 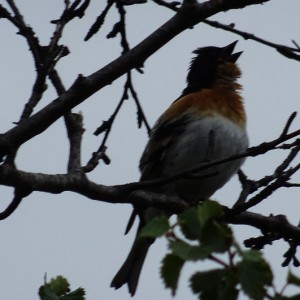 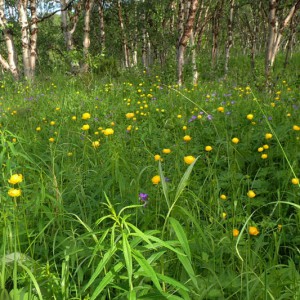 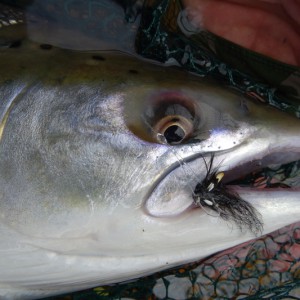 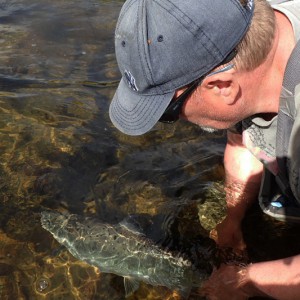 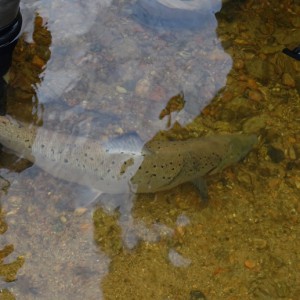 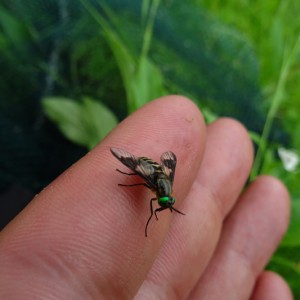 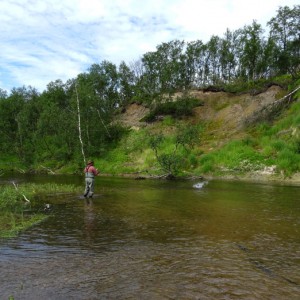 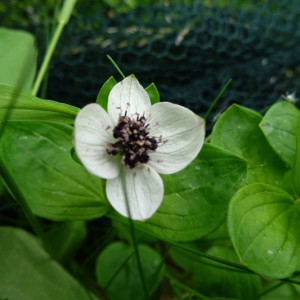 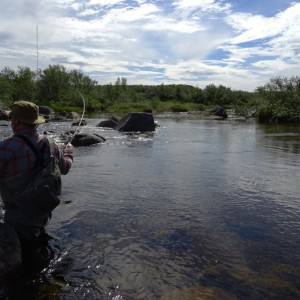 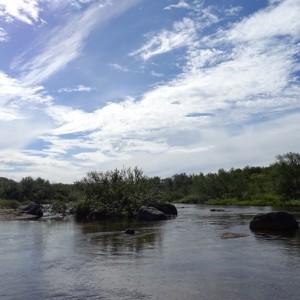 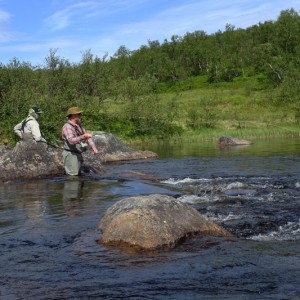 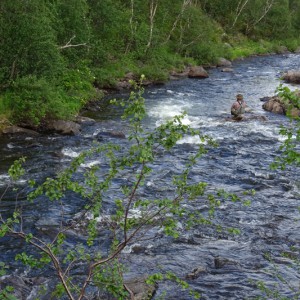 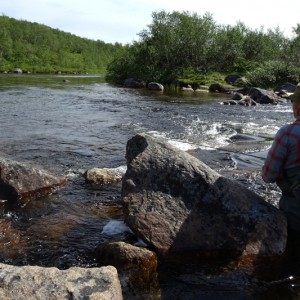 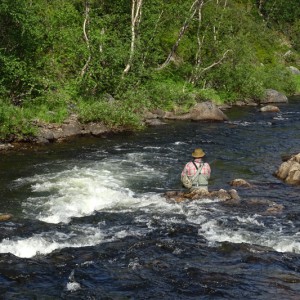 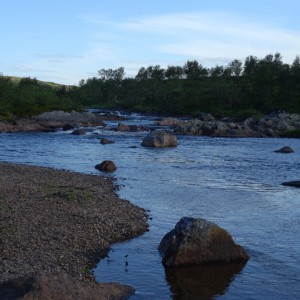 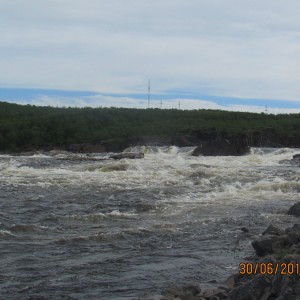 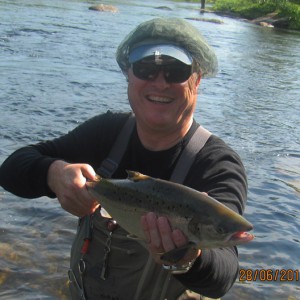 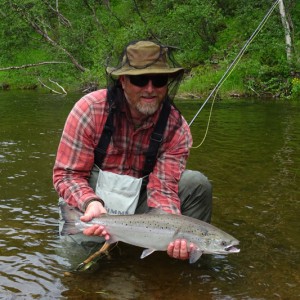