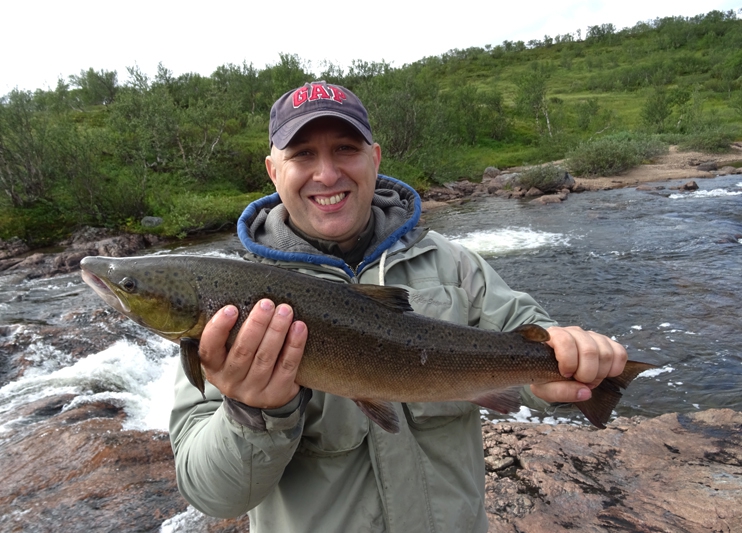 The first day was spent on beats 3 and 4, examining the “Glinka I" and "Flushing pools." The results were not long in coming - Igor landed two salmon 56 and 76 cm, in the "stone sack" ,flies “Golden Killer” and “Ally's Shrimp” being responsible.

The second day the fishermen fished beat three again. On the "Obkom" pool, two fish were lost. But in "Fedorovsky Stream" Igor fishing a “Cascade” landed three salmon of 65,66 and 69 cm.

The third day brought three fish. Valentin and Misha both catching their first ever Atlantic Salmon. On "Three steps"  a male fish of 64 fell to a "Toad." And a fish of 52cm from "stone sack" on the fly “Cascade”.  Head guide Sergey, fishing a stretch with slow current, landed a 65 cm Atlantic salmon on the fly “Cascade”.

On the fourth day, the guests took a break. An old friend of the camp arrived, a top class angler, with intimate knowledge of the Belousiha. Victor. Without wasting a minute, he immediately rushed out to search for Atlantic salmon and trout. Starting with "Fedorovsky stream", where he landed two big trout on a nymph. Then he continued to the "flushing holes." The results do not surprise. He landed four salmon, fish of 69cm and 59cm from the pool “Obkom” on flies “Stoat Tail” and “Silver Doctor”. On "Big Stone" the offering of a “Golden Killer” was the right choice for a female of 79 cm. "Glinka II" saw Victor land a 59 cm athlete, which fell to a “Rusty Rat”.  Sergei caught two salmon , one pacific, and one Atlantic of 70 cm on a “Cascade” below the "stone sack".

On the  Fifth and last day of the weeks fishing our Muscovites focused on beats 3 and 5.  Victor went upriver to fish, where he found two atlantics of 56 and 82 cm on the pool "Three Steps" and another fish of 67 cm on the "Swedish table". He worked only “Beaver” fly. At the bottom of the river there was also action. Two salmon caught in the "Glinka I" , a cracker of 95 and a small one of 50 cm landed on a “Cascade” and an “Ally’s Shrimp”.  A further two fish were lost at “stone sack” also. 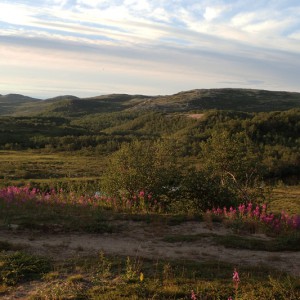 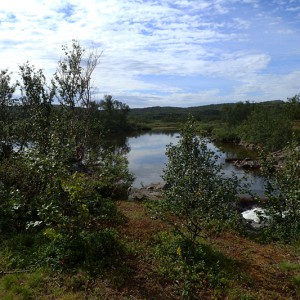 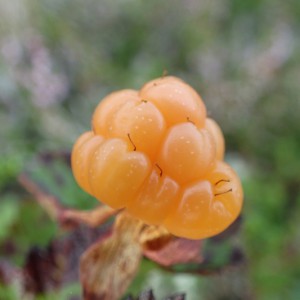 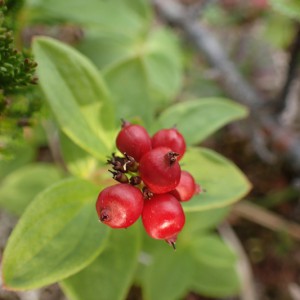 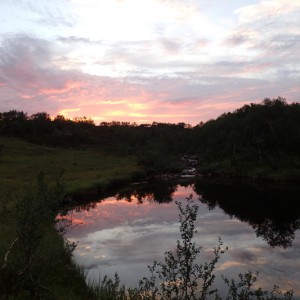 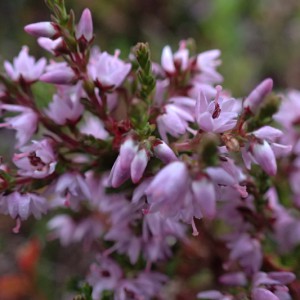 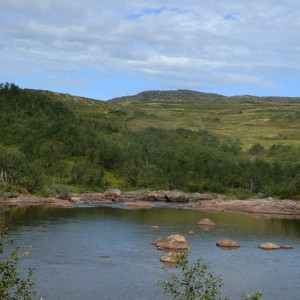 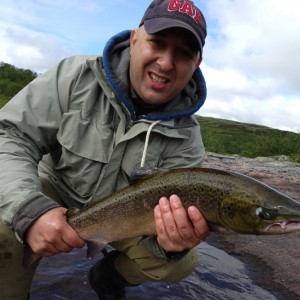 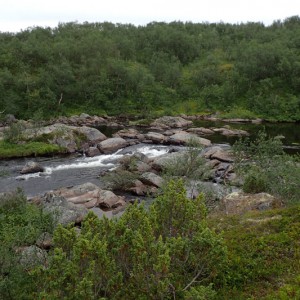 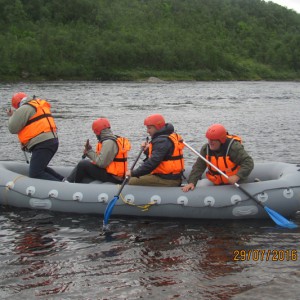 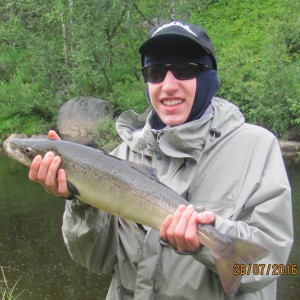 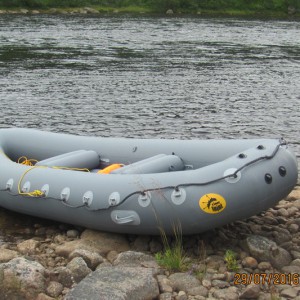 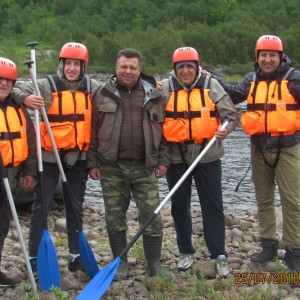 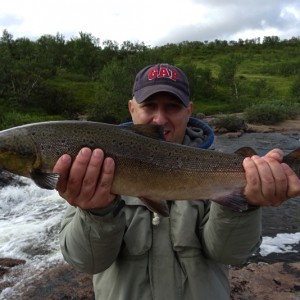 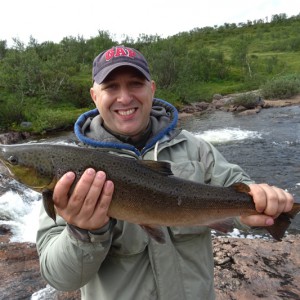