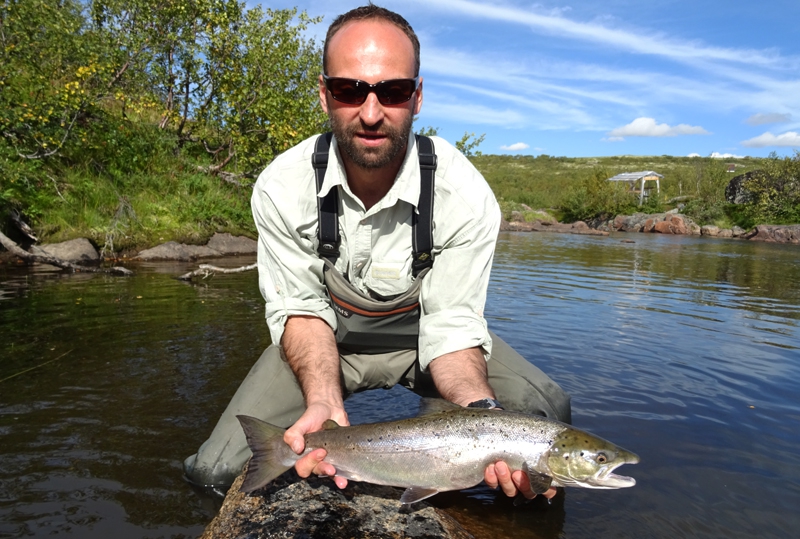 In mid-August Belousiha river received friends Alexander and Igor. The weather was not stable. The air temperature for six days increased from 12 to 22 degrees accompanied by northerly winds. The water temperature better at 13-14 degrees, and the level of the river remained at 46 cm, held there by persistent light rain.

On the first day the upper section of the river was targeted.  First fish were landed from  "two stones", a small female of 55 cm to fly Stoat Tail. The next three salmon 59, 60 and 72 cm were caught in the “Slow Pool”, and fell to Red Frances and Cascade flies.

The second fishing day was no less productive. On the "Obkom" were caught on Silver Stoat two fish 69 and 60 cm. In the afternoon, "Glinka I" saw two Grilse of 52 and 55 cm landed on Willie Gun and Frances.

On the third day,  a different Victor joined the group for two days. It was the first time he had picked up a fly rod, so he devoted the whole day to learning about cast, and equally important, retrieve.  Igor and Alexander went upriver.  After three fish lost, Igor managed to land a fish. On Stoat Tail he caught  grilse of 52 cm.

The fourth day has pleased all anglers. Victor, having now grasped the technique of casting, landed on the Black Frances three fish of 68,57 and 63 cm in the "stone sack". Alexander and Igor caught four salmon of 52, 55, 60, and 65, between them,  on the flies Black Frances Willie Gun.

The fifth and final day of fishing fishermen headed for beat 4. In the first half of the day there were several fish lost. Towards evening the fish became much more active. In "Crazy Pool" were landed two salmon 56 and 60 cm, on fly Cascade. Below the "Aquarium" three more salmon 60, 79 and 70 cm were landed. This time worked Silver Stoat, Undertaker,  and Blue elver.

The week was  pleasant, stable fishing. Victor especially did well with his newly acquired skillset,  and landed his first salmon. 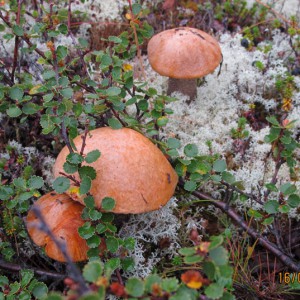 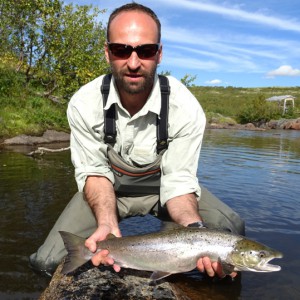 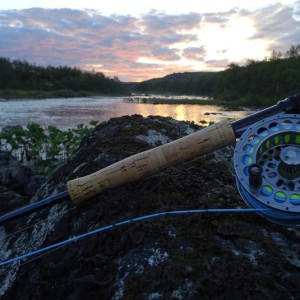 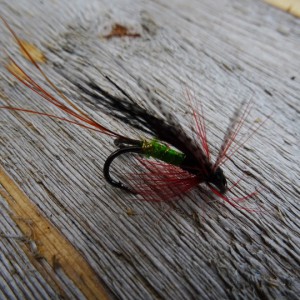 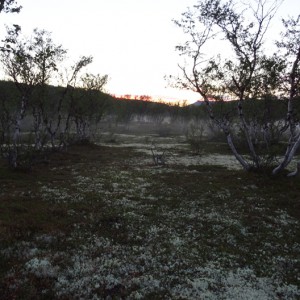 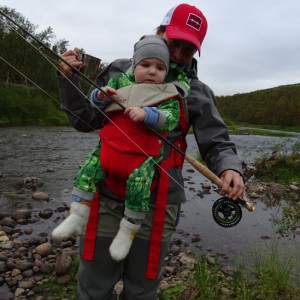 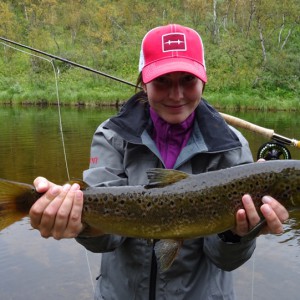 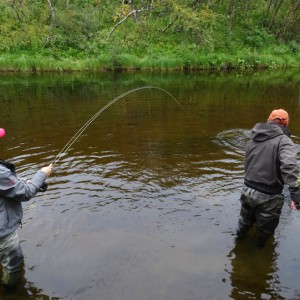 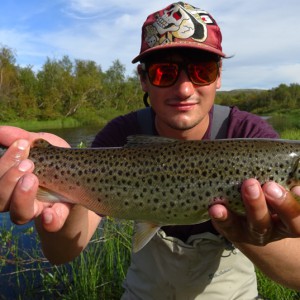 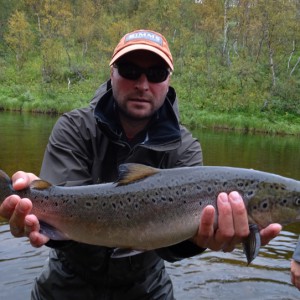 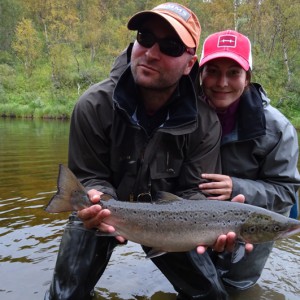 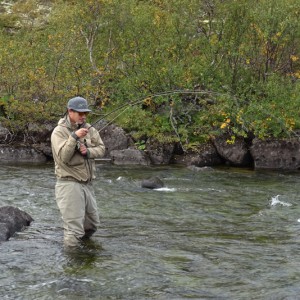 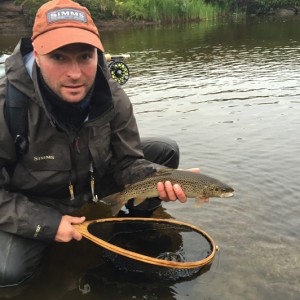 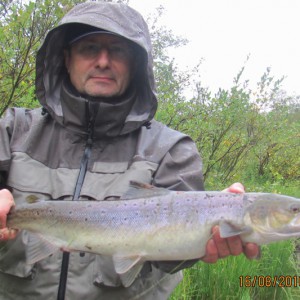 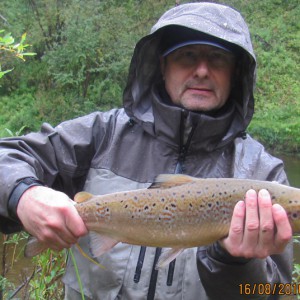 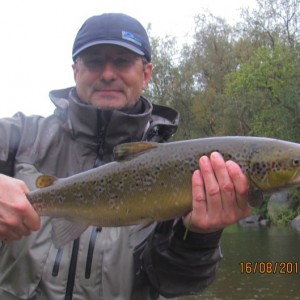 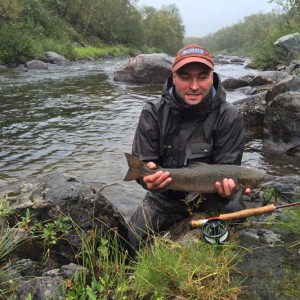 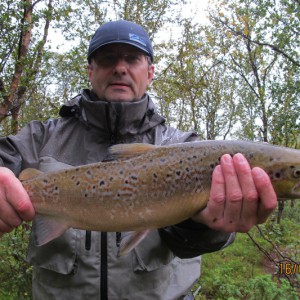 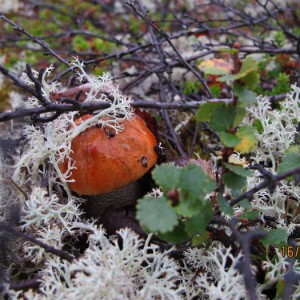