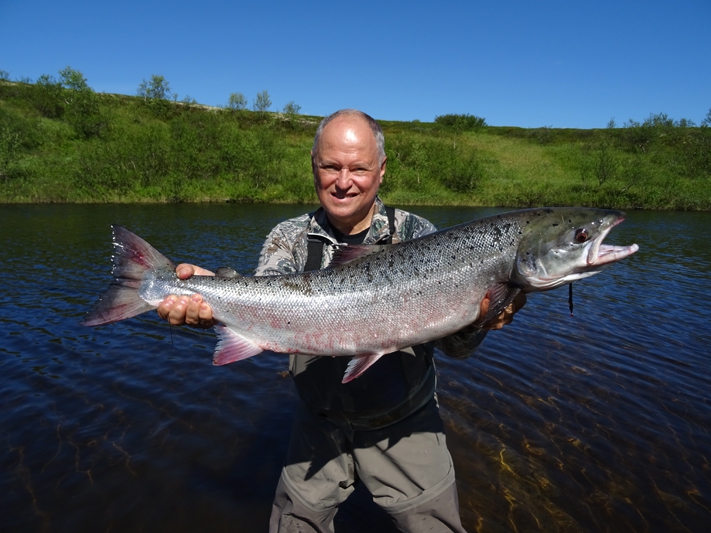 Guests from the cities of Moscow, Yaroslavl and Ivanovo.

Conditions on the opening week have not been conducive to amazing fishing. Extremes. Daytime temperatures jumping day by day between 7 and 21 degrees. The heavy snow showers ceased just a few days prior, to be replaced by rain, hail, Sunshine, fog, wind and calm. Sometimes all in a 24 hours period, and all clearly seen, as the sunrise statistics for the nearest village indicate. Sunrise… 16th May… Sunset 23rd July. Truly a kaleidoscope of natural phenomena.

The first day of the season, is always a time of anxious anticipation. However, for several years now the fresh run salmon have a tendency to always arrive on the same day, give or take 24 hours. The 15th June, being the key date. Certainly, salmon are caught prior, but these tend to be spent kelts, seaward bound and almost eel like in their appearance, having not fed for an extremely lengthy period of time, choosing to spend the winter under the river ice, rather than accompanying their brethren in pursuit of once more salty waters, once more feasting on the krill and brit. Why does mother nature do this? One can only guess. However, in the same way nature does not send all the salmon to the spawning pools in one hit, to ensure survival of some of the years breeders in the event of drought, or other natural disasters, one must consider there is a good plan behind these hardy creatures decision, to spend Christmas and late winter in such harsh conditions.

On the first day of fishing happily two salmon so silver you could shave in their silver form and fairly bristling with sea lice were caught. sixty-eight and seventy-four centimetres apiece,  on the pool "three steps." Tripped flies and Golden Killer Shrimp.

Almost every day, fish were recorded in the register. However, with the river still high and pushing through hard, the balance between hooked fish and landed fish was at an abnormal ratio. Each tide bringing more and more fish into the system. It is a strange thing to observe. One day, there are zero fresh run fish in the river. And then suddenly, they come. Not in one’s or twos, but en-mass. And a change from their regular behaviour.  Our guest Sergei Borisov Renatovich guided by the ever enthusiastic guide Max, went to explore the slower pools close to the camp. Perhaps Sea trout more than salmon were expected. But the salmon had other ideas. An “Ed Butt” fly, on a size 8, quickly found a very impressive, and very strong leaping silver salmon, which perhaps realising it’s aerobatic attempts for freedom were in vain, then decided that pure speed and power would assist.

Forty meters later, and tiring rapidly, it was then not so difficult to shorten the distance between the fish and the net, and the first fish of the season was enmeshed. Such power from these well fed, completely energised beauties. Photos, measurements and the fish was back in the water again, held gently into the flow, as the senses regain. The gills flash as the fish “chokes” the air out of its system. The pectorals are the first to re-engage, suggesting the power of lateral control regained. A further minute, all the time the gills working rapidly, and eighty-seven centimetres of silver beauty glides out into the current, to continue their journey to reproduction, and survival of the species.

The next day, Nicolai beat Sergei Renatovich assisted by our English guide Robin, headed down to beat 3. On the very first pool to be fished (the guide elected to fish the beat in reverse) Glinka I (Glinka is the Russian name for clay. The tundra is composed basically of two components. Super tough rock, and clay, both of which are disguised in an absolute wealth of amazing flora)  eighty-nine centimetres of super silver happily decided, despite a strict nil by mouth regime, to inhale a Silver Stoat Tail again tied on a size 8. On the same day the pure power of a very large, very fresh, very powerful cock fish was simply too much, when combined with a river pushing still angry, with the last of the winters snow being returned to its ancestral burial grounds. The Barent sea. In liquid form thanks to the persistence of the now permanent sun. Permanent when the cloud allows that is. The fish was assessed to be approximately one meter long. On the Icelandic weight to length charts, that would make it a 20lb plus fish. And Icelandic salmon have been proven consistently to be lighter than Barents sea fish…. The last day of our Russian guests visiting came around,  and again the success of Valery guest - his record this week: eighty one centimetres of pure silver bar, on the fly Willie gun. 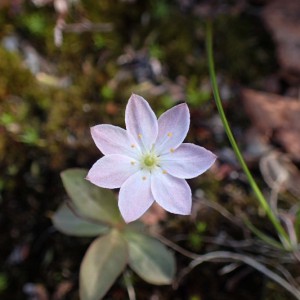 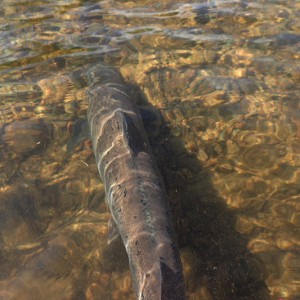 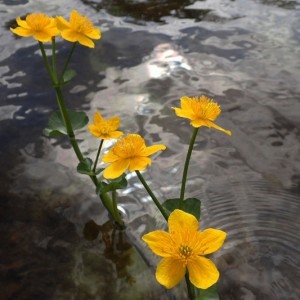 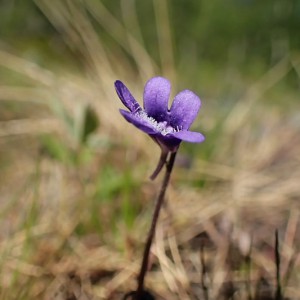 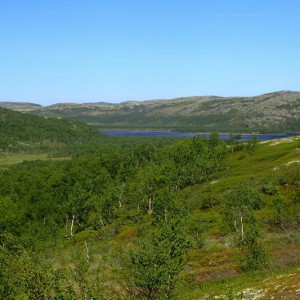 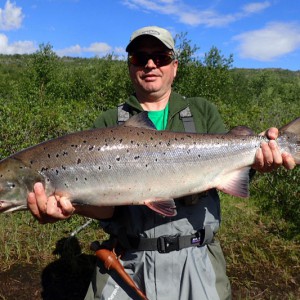 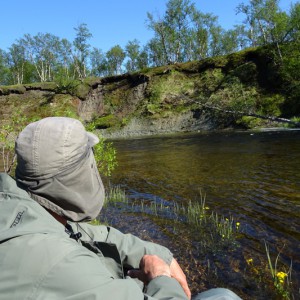 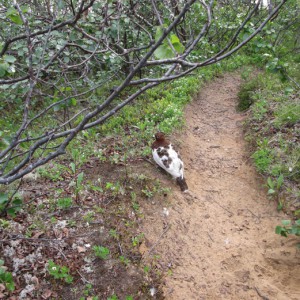 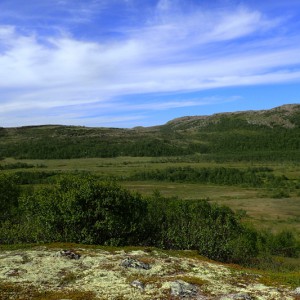 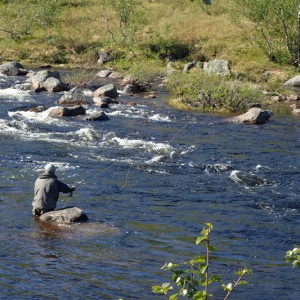 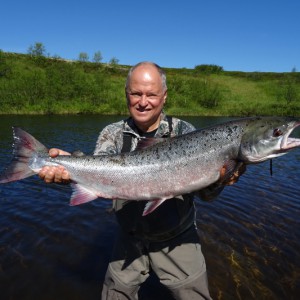